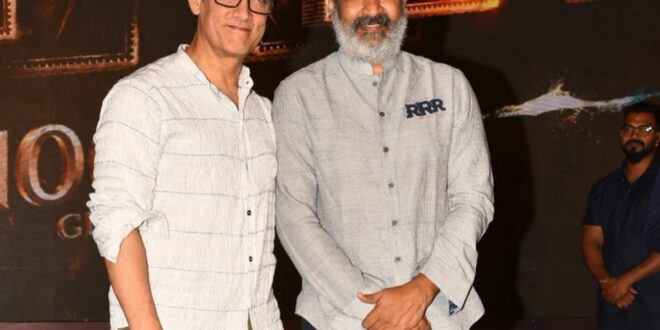 One of India’s biggest superstars, Aamir Khan, is very soon coming up with the movie “Laal Singh Chaddha” and the actor is expecting a terrific box office success with it. But at the same time, the actor wants to choose his next couple of directors very carefully.

When Aamir turned up on the latest episode of Koffee With Karan Season 07, the host Karan Johar asked him if there is any director he is currently wishing for to work with very soon, and the actor gave an interesting reply. Saying that there are lots of directors with whom he wishes to with right now, the first name that came to Aamir Khan’s mind is none other than SS Rajamouli.

Even during some of his interactions with the press previously, Mr Perefectionist expressed his wish to work with the Baahubali maker. Just in case Rajamouli could team up with Aamir for a movie, definitely that is going to be another biggest blockbuster of his career provided the fact that both are perfectionists and both love to deliver larger-than-life entertainment to the audience with a dose of deep rooted human emotions.

Now that Rajamouli is getting ready to do his next with Superstar Mahesh, Aamir is yet to take a call on his next movie.