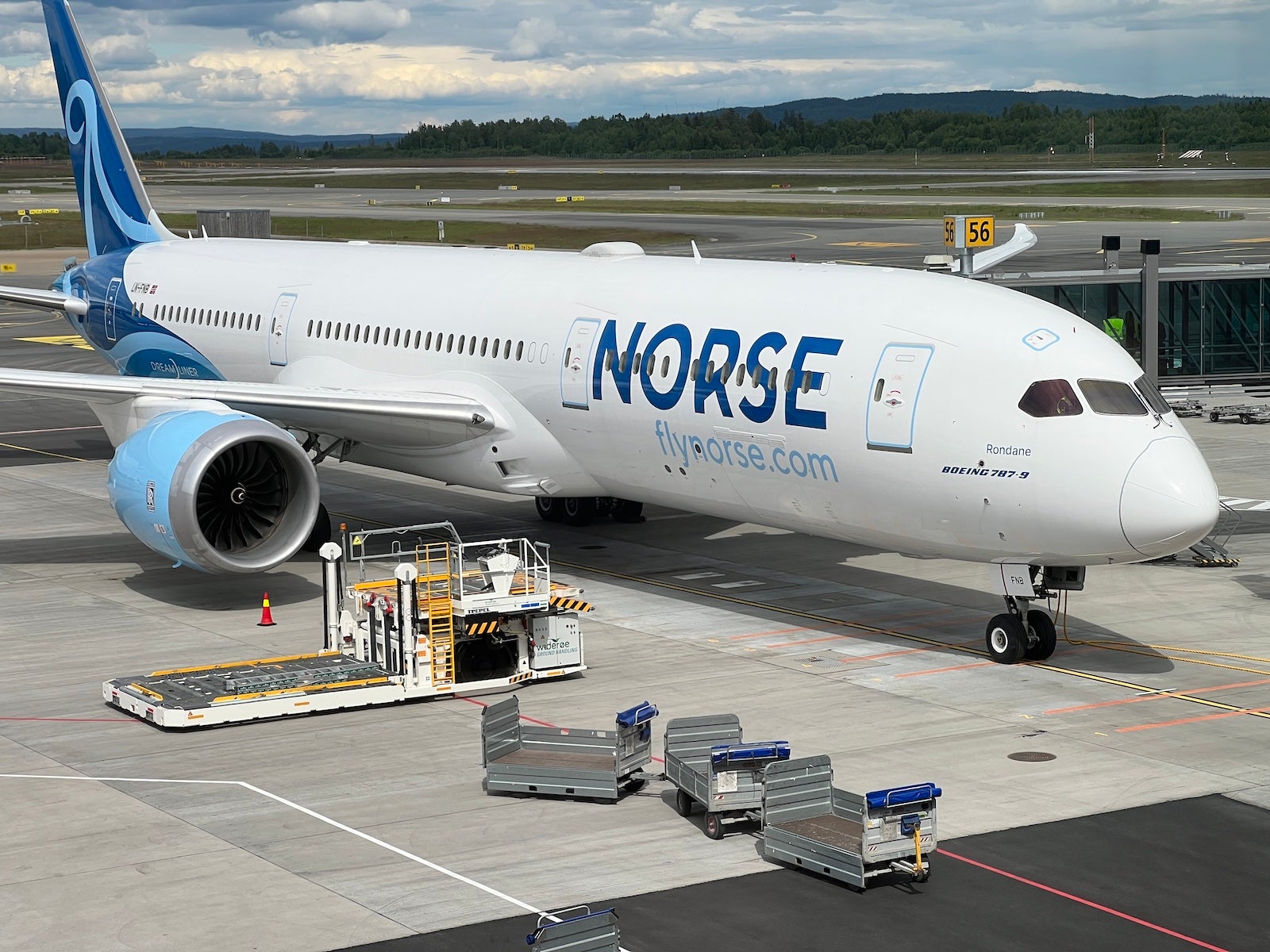 Norse Atlantic Airways, the recently launched discount carrier from Norway, has announced a “Mega Seat Sale,” with one-way flights to Europe from the U.S. selling for as low as $115.

But you’ll have to act fast to get the best deals. The airline is offering a total of 30,000 discount seats on all of its global routes, and once those seats are sold, the sale is over.

European cities you can reach with these discounted prices include Berlin Brandenburg Airport (BER), London Gatwick Airport (LGW) and Norway’s Oslo Airport (OSL). Some of these routes have only a couple of hundred discounted tickets available, so if you find a potential itinerary, book it quickly.

For more information and sample flights for this sale, read the details below.

Airline: Norse Atlantic Airways.
How to book: Directly with the airline.
Routes: On selected routes to Europe from Fort Lauderdale, Los Angeles, New York and Orlando.
Travel dates: From now through March 25, 2023.
Book by: Sept. 26.

Norse Atlantic is offering a limited supply of $115 one-way fares from New York to Oslo, Norway, for flights beginning in October.

The sample fare above shows $115 tickets still available for Oct. 31. This price is far below regular pricing, which can top $400 one-way during this same time period.

These tickets are for Norse Atlantic’s Economy Light class of seats, which only allow for carry-on bags for an additional fee of upwards of $60 per segment. So factor in total costs when pricing your ticket.

Return fares from Europe are typically higher. For this sample itinerary, early November flights returning from Oslo to New York are priced at about $220 one-way.

There could be some combinations you can find with $115 flights in both directions, but these may be a challenge to synch with your schedule.

Still, a $335 round-trip fare between New York and Oslo is a very good deal for a fall flight, assuming you can find a way to manage the baggage allowance.

Norse Atlantic will launch its new flight service between Fort Lauderdale and Berlin this December. One-way prices for this route in January are as low as $129.

Return flights in this time range average $180, so your round-trip fare between Florida and Berlin can be as low as about $300.

The catch once again with this super-discounted ticket is that it is on Norse Atlantic’s Economy Light class of seats which has an array of surcharges for baggage, seat selection, meals and flight changes.

But if you can navigate through the potential fare surcharges, this is a great price for a ticket to Europe.

If you book this deal, don’t forget to use a credit card that earns bonus points on airfare purchases, such as The Platinum Card® from American Express (5 points per dollar on airfare booked directly with the airline or through American Express Travel, on up to $500,000 on these purchases per calendar year). Or try the Citi Premier® Card offering 3 points per dollar on airfare. For more ways to get the most out of your airfare purchases, see this TPG guide.

Norse Atlantic’s flight sale offers some fantastic deals for travel to Europe — if you can find some available seats.

Act quickly to snap up the remaining tickets and capture the advertised $115 one-way fares. If you can find itineraries that work with your schedule, this is a great chance to fly very affordably to Europe.