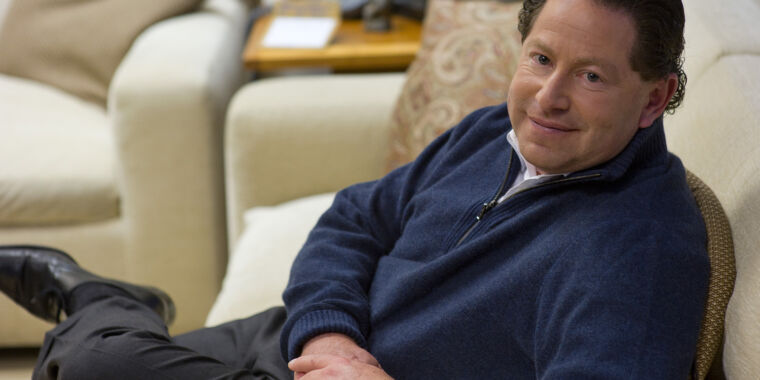 Embattled Activision Blizzard CEO Bobby Kotick told colleagues that he would consider stepping down and departing the organization if the company’s deep-running sexual harassment and other cultural problems are not resolved.

This is according to a Wall Street Journal report citing “people familiar with his comments.” The report didn’t go into much detail, beyond noting that Kotick said he was open to stepping down if things don’t improve quickly.

Earlier this year, the state of California announced a lawsuit over numerous complaints of sexual harassment and similar problems at the video game publisher and developer. Revelations and controversies have followed as numerous instances of employees facing a hostile work environment over the company’s history have come to light.

While some of the offenders were let go from the company either before or after the investigation began, many of Activision Blizzard’s concerned employees have organized to call for more action than the company’s leadership has taken.

The calls escalated on November 16, when The Wall Street Journal published a detailed report that showed Kotick knew more about the various cases of sexual misconduct than he let on, that he lied to the board and employees about those cases, and that he has a history of inappropriate behavior of his own, including threatening in an angry voicemail to have his assistant killed.

The report also detailed the departure of Jen Oneal, who was briefly appointed to be co-head of Blizzard before she suddenly left shortly afterwards. It claimed that she left for several reasons, including that she had been “tokenized” by the company’s leaders, that she did not have faith in the senior executive leadership’s ability or commitment to change course, and that she was paid an unequal amount to her male co-head.

Hundreds of Activision Blizzard employees and contractors, as well as a group of shareholders, responded to the Journal report with organized calls for Kotick’s resignation. Thousands of Activision Blizzard customers have also signed petitions asking the executive to step down, and the heads of major partners Sony and Xbox signaled that they were reconsidering their relationship with the publisher. But the company’s board issued a statement saying it would continue to stand by Kotick very shortly after the initial report ran.

Today’s Wall Street Journal report notes that Activision Blizzard shares have fallen 30 percent since the beginning of the regulatory investigations and 14 percent since the story about Kotick’s behavior broke. But Kotick has been Activision’s leader for 30 years, and he was the chief architect of the merger with Blizzard. Under Kotick, Activision’s share price rose from around $12 10 years ago to its peak just over $100 before the investigation began earlier this year. It stands at $62.20 as we write this article.

Today’s report did not specify any specific criteria by which Kotick would consider the problems solved or which would lead him to decide to step down.