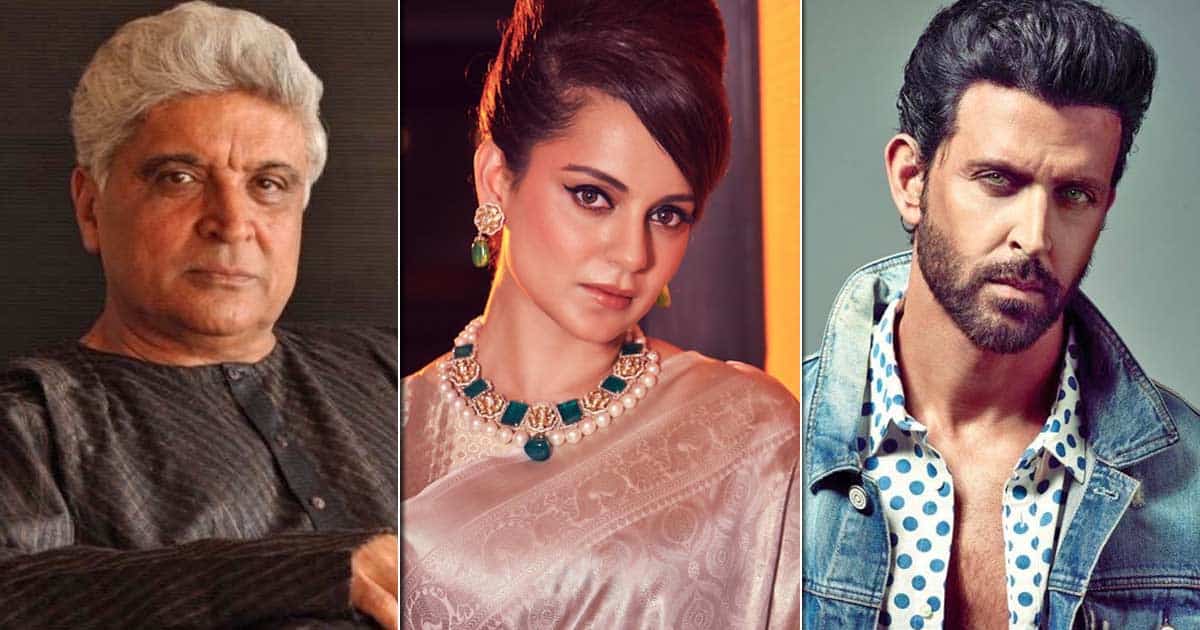 Bollywood actress Kangana Ranaut and Javed Akhtar have been fighting in court ever since the popular lyricist filed a defamation case against the latter in 2020. A hearing was held on Monday wherein the Queen actress alleged Akhtar threatened and insulted her after she refused to apologise to actor Hrithik Roshan.

For the unversed, Akhtar filed a case against Kangana for making ‘defamatory’ comments against him during a television interview. Following this, the actress then registered a complaint against the lyricist last year and recorded a statement before the Andheri Metropolitan Magistrate court as well.

Now in the court hearing, Kangana Ranaut stated that Javed Akhtar called her and her sister Rangoli Chandel to his Juhu home and forced her to tender a written apology during her public dispute with co-star Hrithik Roshan.

After the Thalaivii actress refused to accede to his request, the Bollywood lyricist threatened her with dire consequences and insulted her modesty after she refused to apologise to Hrithik Roshan. As per India Today report, she recalled him saying, “We will not take time to put up impostors, then it will be open to the public to know that your affair was not with Hrithik but with impostors, then your face will be blackened, there will be so much infamy in the public that you will have no other way except suicide. We have evidence, they have all the ministries, apologize and save yourself. A girl from a good family will be drowned in shame. If you have little shame to save your honor, then don’t insist.”

Kangana Ranaut further stated that Javed Akhtar had provoked her to commit suicide and caused her mental disturbance.

For more updates, tune into Koimoi.

Must Read: Brahmastra: Alia Bhatt & Ranbir Kapoor Won’t Be Seen Together For Promotions & No It’s Not About The Pregnancy?