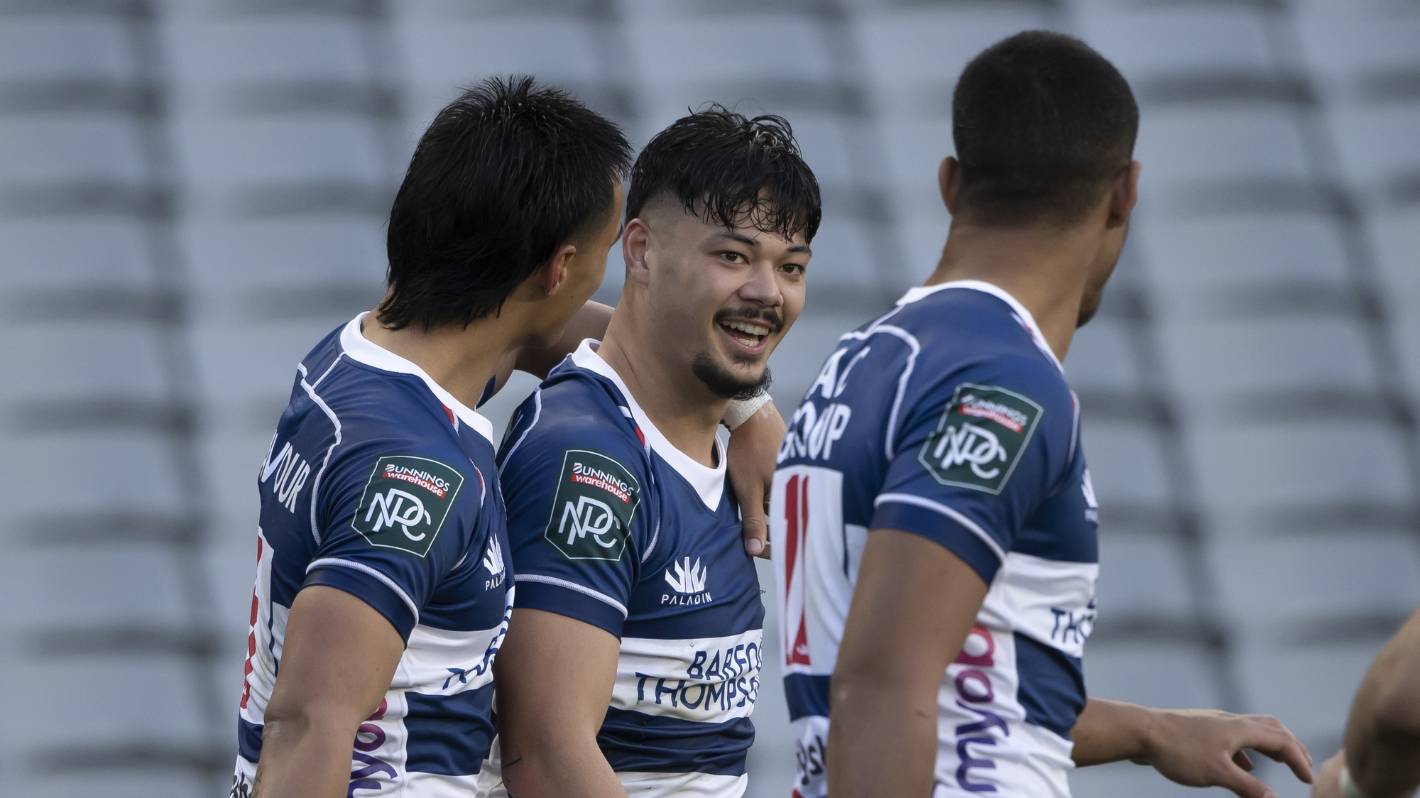 Auckland only played two games in the NPC last season.

Auckland and North Harbour rugby teams will get to do something on Saturday they haven’t done much of over the past two years, play a game of footy.

Both provinces went into lockdown early during the 2021 NPC season because of the Covid-19 pandemic, so only played two games each, then stood idly by while the rest of the country played out the competition.

But they’re both back in action this weekend, kicking off their campaigns in the annual Battle of the Bridge, at Eden Park.

After last year being pretty much a right off, Auckland coach Alama Ieremia says it’s good to be back playing again.

“There is a lot of excitement and passion to come back together as a team,” Ieremia said.

“Obviously, Auckland went through some difficult times last year, but the players are excited to be back together again and play for the blue and white hoops.

“You can see the energy and lift in the players and also the management, the coaches have worked really hard to make sure the team is prepared well.”

As the NPC is the breeding ground for New Zealand players, before the ones who prove themselves go on to play at higher levels, there is the worry that those without Super Rugby contracts at Harbour, Auckland and Counties Manukau have taken a step backwards, by missing out on a year of development.

“We had a couple of campaigns leading into this,” he said.

“The academy, the 20s and then our contenders. So we’ve built into this part of the year where a lot of the younger players are as ready as they can be.

“We’ve had campaigns where we’ve tried to plant the seed of what we’re doing in the NPC and we’ve made the most of the time we got given.

“After last year, not being in the season, we got started straight away to get the youngsters up to date with where things are at. Then over the Christmas and New Year break, we made sure the academy was up and running and the contender programme not far off the back end of that.”

Gone are the two divisions of the NPC this year, but it’s still not a straight forward round robin competition, with the teams split into two conferences and crossover games played.

It will still confuse fans and there’s likely to be meaningless games towards the end of the season as there’s no threat of relegation, but it will be a more balanced competition.

“It’s pretty exciting, where one winner will take it all,” Ieremia said.

“Certainly there will be a lot of interesting games and every game is going to matter, in terms of making sure you’re first over the post.

But first up comes the Battle of the Bridge. It’s not one of the greatest rivalries in the sporting world, but both teams play with plenty of passion in it.

“It’s a big game, a big build up and a critical game for this region.

“There’s a lot of emotion that goes into it, but I think it’s important for our whole campaign that we start off on the right note.”