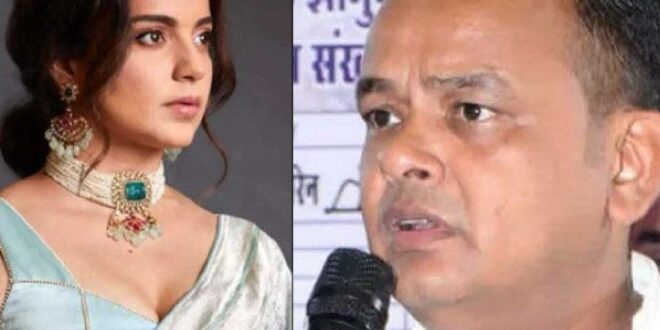 It’s been a never-ending trend for some politicians to make ridiculous sexist remarks on actresses and the latest to join the bandwagon was a Jharkhand MLA who compared the roads with Kangana Ranaut’s cheeks. A Congress legislator from Jharkhand’s Jamtara Irfan Ansari uploaded a video in which he promised the people of his constituency that smoother roads will be constructed.

This is not the first time actresses have been pulled in unnecessarily in politicians’ promises to the people. Last month, Maharashtra minister of water supply and sanitation Gulabrao Patil, while talking about development in his constituency of Jalgaon, compared the smooth roads to Hema Malini’s cheeks. And in November, Rajasthan Minister Rajendra Singh Gudha has come under criticism after a video of him saying roads in his constituency should be like actor Katrina Kaif’s cheeks went viral online.