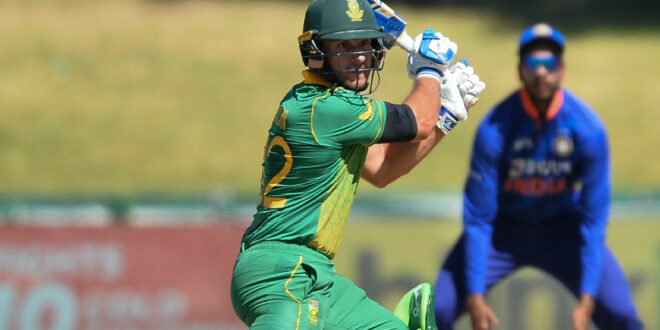 Team India started off 2022 on a losing note. After losing the Test series against South Africa, Indians are now defeated in the ODI series as well.

The home team had beaten the visitors in the first two ODIs and sealed the series with one match left. Just like the first game, South Africa defeated India quite easily in the second ODI too, which was held today.

The hosts have comfortably chased the target of 288 in 48.1 overs and won the match by seven wickets. We cannot say that India was completely bad in this game but South Africa was too good for the visitors. They have completely overpowered KL Rahul and co. in all the departments.

The only takeaways for India in this ODI series were the red-hot form of Jasprit Bumrah, the batting prowess of Rishab Pant and the all-round capabilities of Shardul Thakur. All three of them have put on an impressive show tonight. Especially, Pant once again proved why he is highly considered the future star of Indian cricket.

Coming to the letdowns, the major disappointment is the captaincy of KL Rahul. The star opener is yet to win a single international match as a captain. After this ODI series, Rahul’s chances of becoming a permanent Test captain looks very bleak.

The form of Bhuvneshwar Kumar also looks concerning. Team India also need to fix their batting order because players are yet to get used to their batting positions. This is Team India’s third consecutive defeat in an away-ODI series. This proves that there are many problems to be solved in our white-ball format. It has to be seen how both Rohit Sharma and Rahul Dravid rectify these issues and build a strong team for the upcoming ICC tournaments.