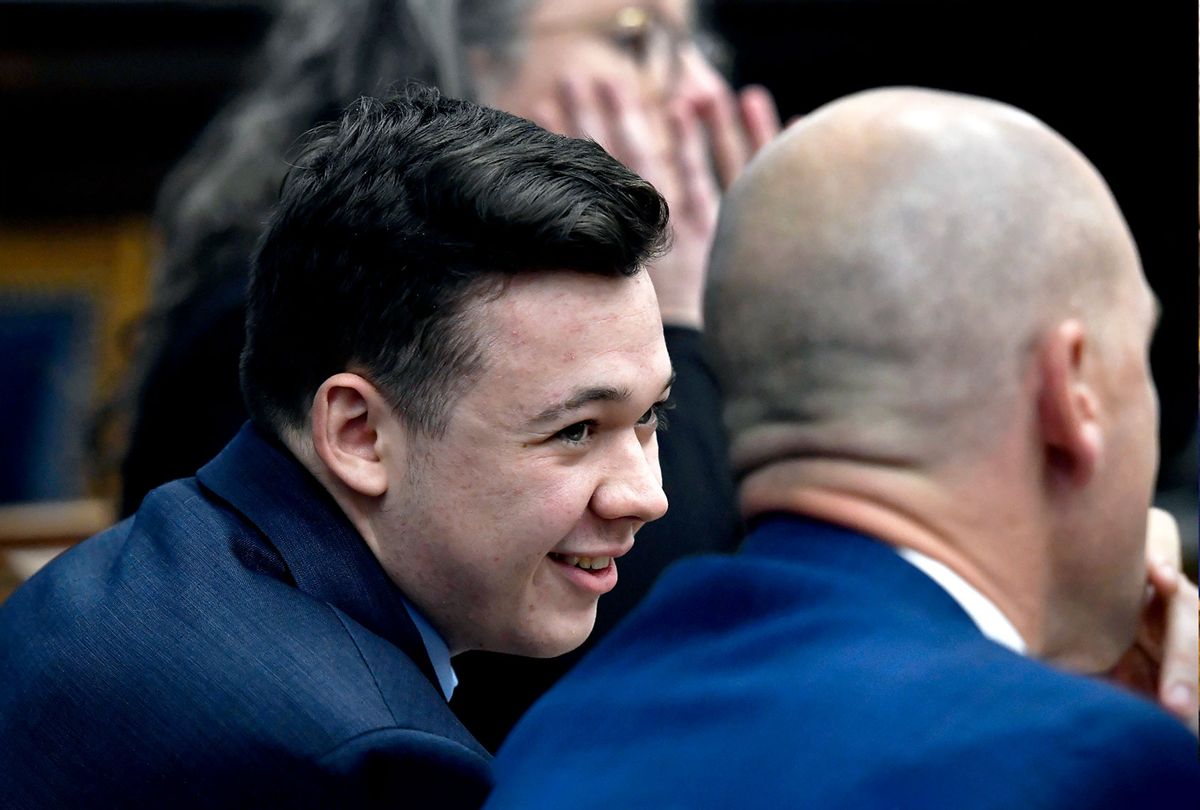 “White freedom” could bring the ultimate ruination of America. By that term, I do not simply mean “white privilege” or “racist” behavior that violates social norms and is considered unacceptable or aberrant. White freedom is much more powerful than that: it is a core organizing principle of American society.

In his recent book “White Freedom: The Racial History of an Idea,” Tyler Stovall explains this concept as “the belief (and practice) that freedom is central to white racial identity, and that only white people can or should be free.”

Contrary to what many Americans would like to believe, the country’s founding was not a project dedicated to universal human rights. Instead, America’s “democratic” experiment was based on a racialized understanding of democracy and of who counts as fully human — and who does not.

In the 18th century, full citizenship rights and “democracy” were exclusive to white men who owned property. As Charles Mills, Edmund Morgan and other scholars have documented, Black and other nonwhite people were the boundary against which “democracy” and white freedom were to be demarcated and built upon. In his 1999 book “The Racial Contract,” Charles Mills summarizes this as: “Whiteness is not really a color at all, but a set of power relations.”

White freedom is everywhere in America. Black and brown people (and some white people as well) condemn it as a manifestation of the lies which undercut any claims that America is an “exceptional” nation and the world’s greatest democracy.

RELATED: How higher education can win the war against neoliberalism and white supremacy

Many or most white people, however, take white freedom for granted and are likely to deny its very existence, even as they remain extremely protective of its power. This is but one example of the lies that are central to race itself, and the transhistorical project of making and remaking whiteness.

The trial of Kyle Rittenhouse, and his acquittal on all charges, offers one of the most recent high-profile examples of how white freedom functions in America.

Last August, Rittenhouse, who was then 17 years old, traveled across state lines, armed himself with an AR-15 assault style rifle, joined forces with a local militia group and put himself in the middle of the civil disturbances caused by the police shooting of a black man named Jacob Blake in Kenosha, Wisconsin. Rittenhouse shot three men, killing two of them, allegedly in self-defense. When he attempted to surrender to police they ignored him, and then he was cleared of all legal responsibility in a criminal trial whose judge was blatantly biased in his favor, and based on gun laws and definitions of self-defense that advantage white defendants. He is already a right-wing media star, and will likely soon become a wealthy celebrity.

Consider the fact that Rittenhouse was not shot dead by the police as he walked down the street with an assault rifle, immediately after shooting three people in the street. That is an iconic illustration of white freedom’s power over life and death in America. White vigilantism is perhaps the ultimate expression of white freedom.

I asked Tyler Stovall to share his thoughts about the role of white freedom in the Rittenhouse saga. He responded by email:

The recent acquittal of Kyle Rittenhouse by an essentially white jury for murdering two unarmed men simply underscores the widespread belief in the fragility of white privilege and the overwhelming need to preserve it. Rittenhouse’s argument that he acted in self-defense proved compelling, even though it was not backed up by any substantial proof, and the jury simply ignored the facts that he chose to enter an area armed with a high-powered rifle and became the only person to kill another human being that night.  Rittenhouse’s trial became a textbook case of the need to preserve white freedom, to prevent a tearful young white man from going to jail even though he permanently deprived others not only of their liberty but of their lives. …

One only need imagine what would have happened if Kyle Rittenhouse were a young Black man who claimed to have shot others in self-defense. Consider the case of Tamir Rice, shot by Cleveland police in 2014 at the age of 12 for holding a toy rifle. The claim of the police, upheld by the judicial system, was that his murder was justified because he presented a possible threat. If Rittenhouse were Black his victims would doubtlessly be seen as justified in attacking him, in self-defense, because he held a rifle (a real one), and Rittenhouse would most likely have been convicted of murder. But Rittenhouse is white, and self-defense works in his case because it is ultimately a defense of white power, white privilege and white freedom.

Rittenhouse’s actions were easily avoidable: If he had simply stayed home, no one would have died in Kenosha that night. That human tragedy also offers an example of the ways white freedom is central to a larger dynamic of escalating right-wing political violence and other threats to American democracy.

The ongoing Republican coup and Jim Crow 2.0 assault on multiracial democracy is an act of white freedom, in which Black and brown people’s civil rights are being usurped as part of a larger plan to create a new American apartheid system. Moreover, white freedom is so powerful that these fascistic attacks on multiracial democracy are largely legal — or at least occur on the debatable margins of legality — and cannot simply be corrected by enforcing existing laws.

The coup attempt and attack on the Capitol last January by Donald Trump’s followers was also an example of white freedom. The insurrectionists felt emboldened in their violence, overt racism and anti-democracy fervor because they believed, with good reason, that white freedom granted them the “right” to act with impunity.

Trump and the other plotters who planned and executed the events of Jan. 6 — and many other aspects of the ongoing coup against American democracy — have not been punished for their evident or likely crimes. For the most part, the foot soldiers arrested in the wake of Jan. 6 have received relatively light sentences for their crimes against democracy and the rule of law.

All of these events are part of a much larger campaign against democracy, which law enforcement and national security experts warn may lead to a violent insurgency against the Biden administration, the Democrats and other groups targeted by the far-right “patriot” movement. This too is another example of white freedom.

Black and brown people (or “leftists” of any race, for that matter) would never be allowed to operate with such impunity, or with reasonable assurance that they would face no serious punishment. They certainly would not be described in empathetic detail by voices in the mainstream news media as people who were “angry,” “upset,” “confused” and likely “misunderstood.”

White freedom is also exemplified by America’s criminogenic politics — which go back well before the Age of Trump — in which the wealthiest individuals (nearly all white) and largest corporations (nearly all controlled by white men) can act with impunity, concealing their wealth and income to avoid taxes, destroying the environment and evading virtually any responsibility for their individual and collective crimes against society.

White freedom also manifests through collective narcissism. The Republican death cult repeatedly emphasizes the language of “freedom” to encourage its followers not to wear masks and to refuse vaccination against COVID-19, not merely risking their own lives but endangering public health on a grand scale.

Across a range of public policies, today’s Republican Party and the larger “conservative movement” have advocated and enacted laws that have increased human misery and loss of life among the American people, as well as around the world. White freedom permits, encourages, enables, protects and normalizes such antisocial and sadistic behavior.

Neofascism may represent the final form of white freedom in American democracy. Right-wing political violence and other forms of terrorism are becoming normalized. The Republican-fascist movement led by Trump is a political cult prefaced upon using white freedom to attack its “enemies” with impunity. Those who are deemed inferior, according to the ideology of white freedom, are to be denied any fundamental human rights or liberties.

Loyalty to white freedom, and the retrograde reactionary values and politics it represents, empowers a wide range of antisocial and anti-human behavior against marginalized individuals and groups, not always based on race, color or ethnicity. White freedom by definition is exclusionary, and this form of “freedom” is defined by white people’s ability to define and limit the freedom of others

Leonce Gaiter, who has written extensively on questions of race, masculinity and violence, offered this additional context for understanding white freedom and American history, in an email to Salon:

In this nation’s 245 years, African Americans have enjoyed statutory equal rights for only 56 — since the passage of the 1964 Civil Rights Act and the 1965 Voting Rights Act. Think about it. White supremacy and forms of apartheid have been the status quo in this nation for 77% of its history. The very ideas of black equal rights and full black citizenship are shockingly new. This is something we dare not forget. After Obama’s election, the post-racial nonsense flew in all directions, flung by white pundits desperate to forget American history. Instead, we got Trumpism and a Republican Party cheering racist violence to maintain white supremacy.

To a large percentage of the white population, their “white identity” can be reduced to “white supremacy.” There is no “white” American identity because there is no aspect of American “white” identity that Black and brown Americans have not overtly impacted (speech, art, letters, music, dance, morality, notions of freedom) — save white supremacy. “White” is a null identity — it was created in opposition to those it wished to exploit. It does not celebrate what you are. It insists on what you are not. Thus the identity is so fragile that any perceived threat requires the appearance of long guns.

The Rittenhouse trial and verdict — a judge coddling the white man on trial for murdering white men seen as black allies — an overwhelmingly white jury, white “self-defense” as an excuse for murdering men after overtly seeking violent confrontation… it’s all America’s normal. We are not better than this. It is a large part of who we have always been. Supposed “moderates” and liberals have never had the stomach to sever the diseased limb of white race hatred from the body politic. Until they do, there will always be a Kyle Rittenhouse. His story is the bulk of America’s.

America in the 21st century faces an existential struggle for the future of its democracy and society. Matters are becoming so dire that if seems conceivable the country could face a second Civil War. In this struggle for America’s future, the neofascists are carrying the banner of white freedom.

On the other side are those Americans who believe in a true “We the People” multiracial democracy. These two forces cannot logically be reconciled. Unfortunately, the Democrats and other Americans who hope to redeem and renew democracy are consistently on the defensive. To defeat white freedom, we can no longer downplay it or deny its existence. We must name it, recognize it and confront it directly, before it devours us all.

More from Salon on resurgent white supremacy in the Age of Trump: