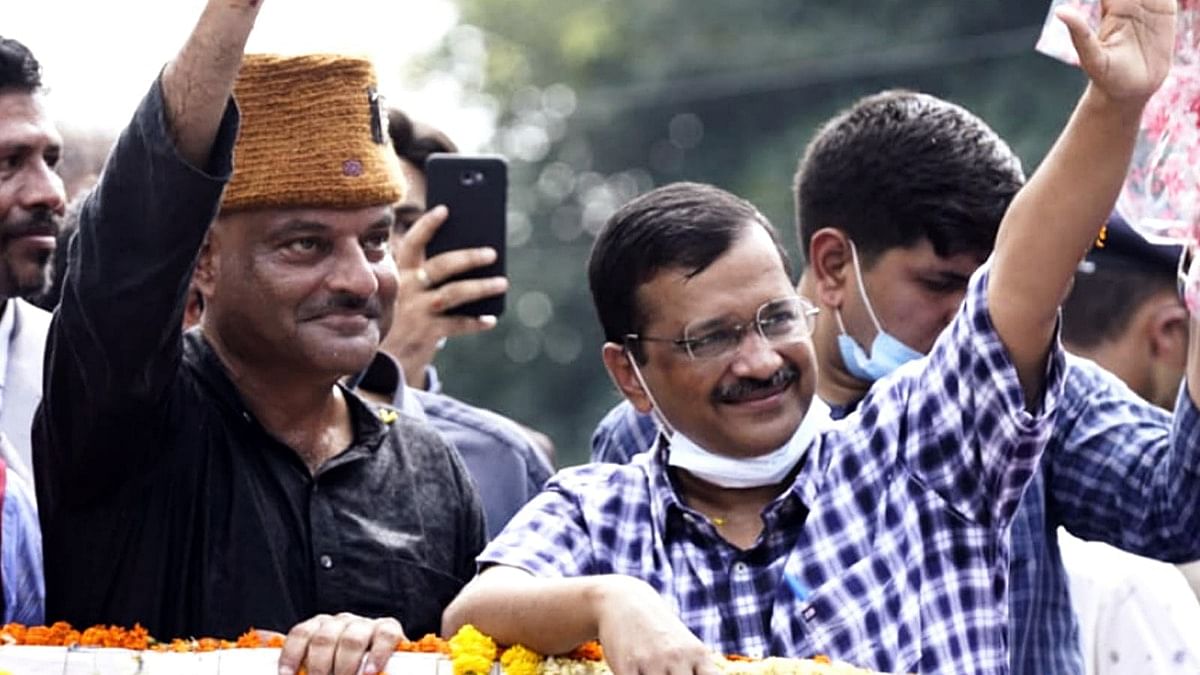 Speaking at a press meet in Dehradun about the retired colonel, who shot to fame in the aftermath of the 2013 Uttarakhand floods, Kejriwal said the decision to name Kothiyal CM candidate was taken after “overwhelming response from the public saying they want a patriot defence personnel as their chief minister, not a political figure”.

“This decision was taken by the people of Uttarakhand not us,” Kejriwal said.

Eyeing Hindu votes, Kejriwal also announced that his party will work towards making Uttarakhand the global spiritual capital for the community, if elected to power.

The moves come as the party seeks to fill the void left by others like the Bahujan Samaj Party (BSP), and become a significant third player in the state after the ruling BJP and Congress.

AAP is preparing to contest all 70 assembly seats in Uttarakhand.

A Tehri district native, and son of former IPS officer Satyasaran Kothiyal, the retired officer was decorated with Kirti Chakra, Vishisht Seva Medal and Shaurya Chakra for his distinguished service in the Army.

He rose to prominence after the 2013 Uttarakhand floods, when he took up the challenge to reconstruct the Kedarnath shrine area, known as Kedarpuri, even as state government agencies showed unwillingness to work at over 11,000-feet high terrain.

At the time, he was serving as the principal of the Uttarkashi-based Nehru Institute of Mountaineering (NIM), from where he retired.

In the aftermath of the Uttarakhand disaster, which killed over 5,000 and left many missing, Kothiyal began the reconstruction project in 2014 with support from the then Congress government. He formed his own team of experts and engineers to design and plan the project. Over 1,000 people worked round the year — with some months in sub-zero temperatures — to redevelop the shrine.

“Kothiyal has been a true warrior who served the nation fighting Pakistan in Kargil war, and terrorists in Jammu and Kashmir without caring for his own life. He is a person who still lives with two bullets stuck in his body. He served the country when other political parties plundered Uttarakhand,” Kejriwal said during the press meet.

The retired officer also runs ‘Youth Foundation’, an organisation that trains and prepares young boys from the hills to join the Army.

Also read: Chandra Shekhar Azad can be the new Kanshi Ram — if he can upgrade for Modi-Shah era

How AAP is working to make inroads

The decision to name Kothiyal as the CM face is only the latest effort by the party. According to AAP leaders in Uttarakhand, they have been working hard to emerge as a potential player in the state in a planned way.

“It started nearly a year ago after party leadership in Delhi got encouraging results from a public survey across the state. Around 62 per cent people surveyed, in 2020, said they need a third political force in Uttarakhand. This was the beginning and our central leadership decided to contest the polls from all seats,” said AAP state media in-charge Amit Rawat.

“Today, AAP has emerged as a big third force in Uttarakhand. This is evident from the response we are getting from the people. It’s for everyone to see. People of Uttarakhand are disappointed by the BJP and the Congress,” Rawat said.

“They have seen the working of our national president Arvind Kejriwal and his team. Last month, he announced 300 units of free power for the people of Uttarakhand. Today, he unveiled our CM face much before expectations. This shows that AAP means business in Uttarakhand,” said Negi.

“Even BJP and Congress leaders are worried with the public response we are getting,” he added.

In his second major statement Tuesday, Kejriwal said: “If voted to power, our party will transform Uttarakhand into the spiritual capital of Hindus across the world.” He alleged that neither Congress nor the BJP was able to bestow Uttarakhand its due religious recognition.

Analysts in the state said the AAP chief tried to appeal to the public’s emotions.

“AAP leadership knows well that besides being politically aware, Uttarakhand voters keep their religious esteem very high. This is how Kejriwal has tried to play the Hindu card in Uttarakhand. It will also help him come clean on criticism of minority appeasement politics,” said commentator and author Jai Singh Rawat.

According to the Election Commission data, the first Uttarakhand assembly had seven BSP and four Uttarakhand Kranti Dal (UKD) legislators in 2002, with one NCP legislator and three Independents. The Congress and the BJP had 36 and 19 MLAs, respectively.

BSP’s tally sharply fell to 3 in 2012 while UKD got only one seat. Independents retained three seats. The rest of the seats were shared by the Congress and BJP.

“Around 10-12 per cent votes in Uttarakhand have always been considered as non-BJP and non Congress. AAP may try to cash upon this share of votes,” Jai Singh Rawat said.

“AAP is heading towards filling the void created by BSP, UKD and other small forces. Although it’s difficult to predict the number of seats they will get or the extent of impact, AAP will definitely impact the prospects of the two major parties,” Sharma added.