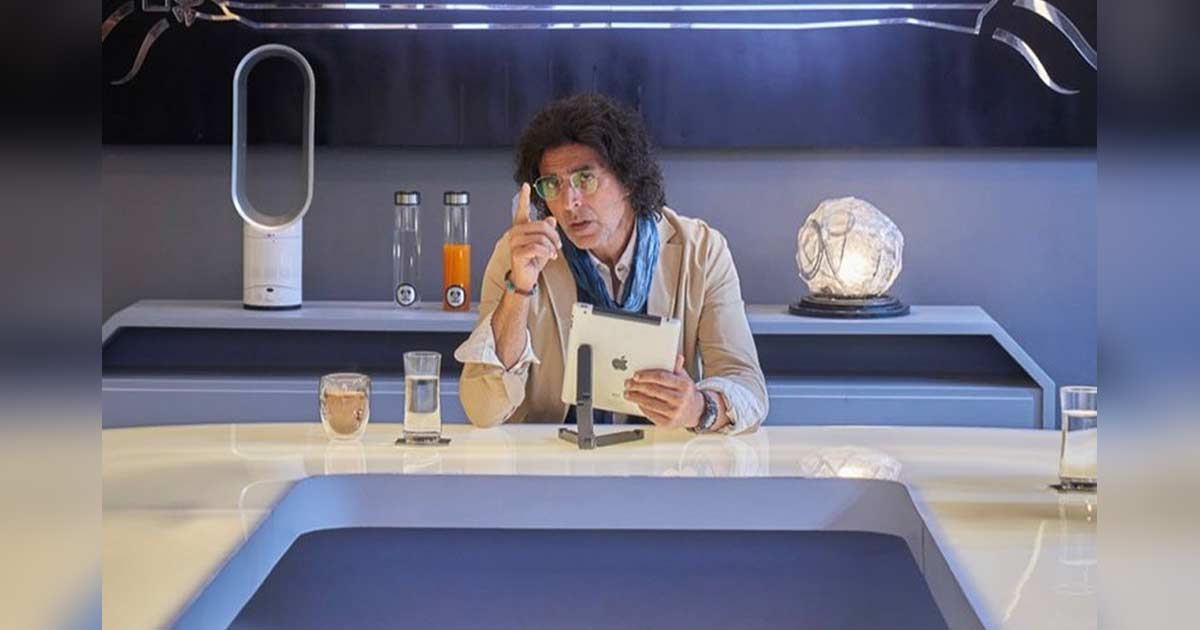 As the ambitious action-adventure Ram Setu, revolving around archaeologist Dr. Aryan Kulshrestha (Akshay Kumar) discovering the truth behind the bridge linking India to Sri Lanka, releases in theatres tomorrow, producer Vikram Malhotra and director Abhishek Sharma share details of the intensive research that went into the making of the movie and writing the script.

Vikram Malhotra says, “I don’t think there is any film made in recent times that would have conducted such diverse research beginning with an in-depth understanding of the Ramayana itself. Ram Setu deals with a subject that is important to Indian culture, heritage, and history. Years of multi-faceted research have gone into the development of Ram Setu’s script so the extent of research and facts that have been used in the story are phenomenal – spanning geography, history, and science as well as consulting Dr. Pushkar Bhatnagar’s seminal book, Dating The Era Of Lord Rama which is considered an authority on astrological understanding related to the Ramayan and Lord Ram.”

He continued, “Abhishek and team have engaged with subject matter experts in the fields of archaeology, sonar imaging, carbon dating and geology, marine exploration as well as cutting-edge equipment creators, including for the Exosuit (called Makar in the film) a suit that real-life marine archaeologists wear when they go deep sea exploring. A strong effort of research has also gone into studying ancient and modern history maps, including those housed in the museum at Thanjavur that have thrown great light on how the Ram Setu was depicted and how under the British East India company, the name was changed to Adam’s Bridge.”

Talking about Akshay Kumar, he adds, “Offering immense and unparalleled support, Akshay spared no effort in enabling us to get extensive research and in facilitating everything that has gotten us this far. His support as an actor and producer was the bedrock that allowed us to make a film like Ram Setu. At each point in time, Akshay was supportive of the time-consuming process of research and writing, getting every look and historical representation right. The film was shot over a period of almost 16 months and then the elaborate but precise process of getting the VFX right took over.”

For the director, the film was born from a single concern: “Through their imaging, NASA [National Aeronautics and Space Administration] showed that there is a bridge that exists. But no in-depth expedition has ever been commissioned underwater on Ram Setu,” he explains. Through the movie, Sharma wanted to explore the subject further. “Ram Setu, the film, is a convergence of science, history, geography, and the Ramayana. In the film, we have shown — in a way that it appeals to the audience — how carbon dating is done on rocks and fossils under the sea.”

Presented by Prime Video in association with Cape of Good Films and Lyca Productions and is an Abundantia Entertainment Production.

The film is produced by Aruna Bhatia (Cape of Good Films), Vikram Malhotra (Abundantia Entertainment), Subaskaran, Mahaveer Jain, and Aashish Singh (Lyca Productions) and Prime Video with Dr. Chandraprakash Dwivedi as the Creative Producer. Ram Setu will be distributed worldwide in theatres by Zee Studios. Ram Setu will be in theatres on 25th October 2022.

Must Read: When Farah Khan Reacted To Brother Sajid Khan’s S*xual Harassment Allegations & Said “If My Brother Has Behaved…”