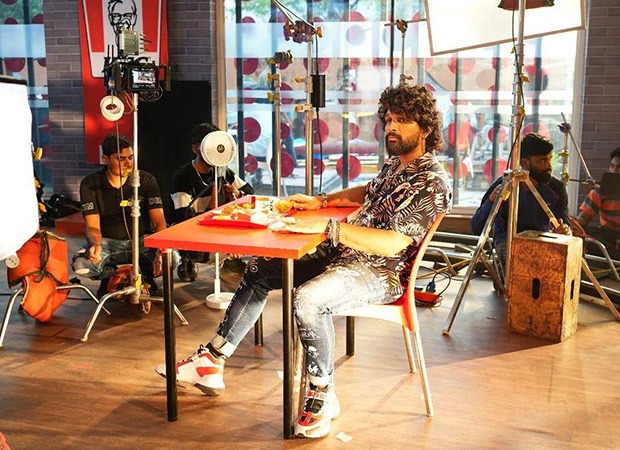 Allu Arjun became a global icon with the success of Pushpa. The star, who was already a popular name down South, also has association with multiple brands. It seems that he is also the brand ambassador of KFC and recently even shot for a commercial for the food franchise. And his look from the ad is definitely a reminiscent of his look as Pushpa Raj from Pushpa.

A photo of Allu Arjun that has taken the social media by storm recently is the one where he is shooting for commercial for KFC. His curly hair, ripped jeans and floral shirt looks like a recreation of his rugged avatar from Pushpa. Needless to say, his look is getting a lot of appreciation from fans. Many of them dropped heart eyes, heart, and kiss emojis, showering their love for the photo and the South star.

In the past, many Bollywood celebrities like Karisma Kapoor, Karan Johar, Sara Ali Khan, Bipasha Basu, among others have shared photos of them relishing chicken wings from the popular KFC tub.

Speaking of Allu Arjun, his last film Pushpa, starring Rashmika Mandanna, Fahadh Faasil, went on to become a record breaking success. The Pan India film that released in multiple languages including Hindi, released amidst the pandemic in December 2021. Despite that, the film managed to garner ample audience in theatres. Directed by Sukumar, the film is expected to even have a sequel.