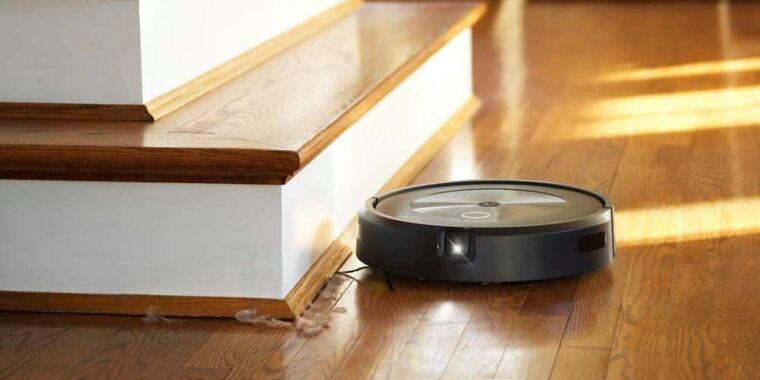 Amazon just announced a blockbuster deal to buy the home robotics company iRobot for $1.7 billion. This would be Amazon’s fourth-largest acquisition ever, after the purchase of grocery chain Whole Foods in 2017 ($13.7 billion), the movie studio MGM in 2021 ($8.45 billion), and the medical provider One Medical last month ($3.9 billion).

iRobot is the world’s leading consumer robotics company. The company mostly makes Roomba vacuum cleaners and robo-mops, and it’s also trying to get a robo-mower product off the ground.

Amazon is no stranger to robots; it has an entire “Amazon Robotics” division that focuses on the company’s logistics work in Amazon warehouses. Amazon snapped up warehouse robotics company Kiva Systems in 2012 and Canvas Technology in 2019 and recently launched its first “fully autonomous” robot, called “Proteus,” which looks like an industrial-strength Roomba. Instead of vacuuming, the unit drives under an inventory cart and raises it up a few inches, just enough to get the cart off the ground for delivery.

Amazon has also dipped its toes into iRobot’s turf lately with the sort-of commercial launch of the home robot “Astro.” Astro is essentially an Alexa/camera/tablet on wheels that can navigate around the house. Sales are only by invitation, though, so it’s more like an experiment than a major consumer launch.

Amazon doesn’t mention the little house robot at all in its press release, though, with Dave Limp, SVP of Amazon Devices, saying, “We know that saving time matters, and chores take precious time that can be better spent doing something that customers love. Over many years, the iRobot team has proven its ability to reinvent how people clean with products that are incredibly practical and inventive—from cleaning when and where customers want while avoiding common obstacles in the home, to automatically emptying the collection bin.”

The press release says iRobot CEO Colin Angle will stay on as head of iRobot, and the deal is subject to regulatory approval.