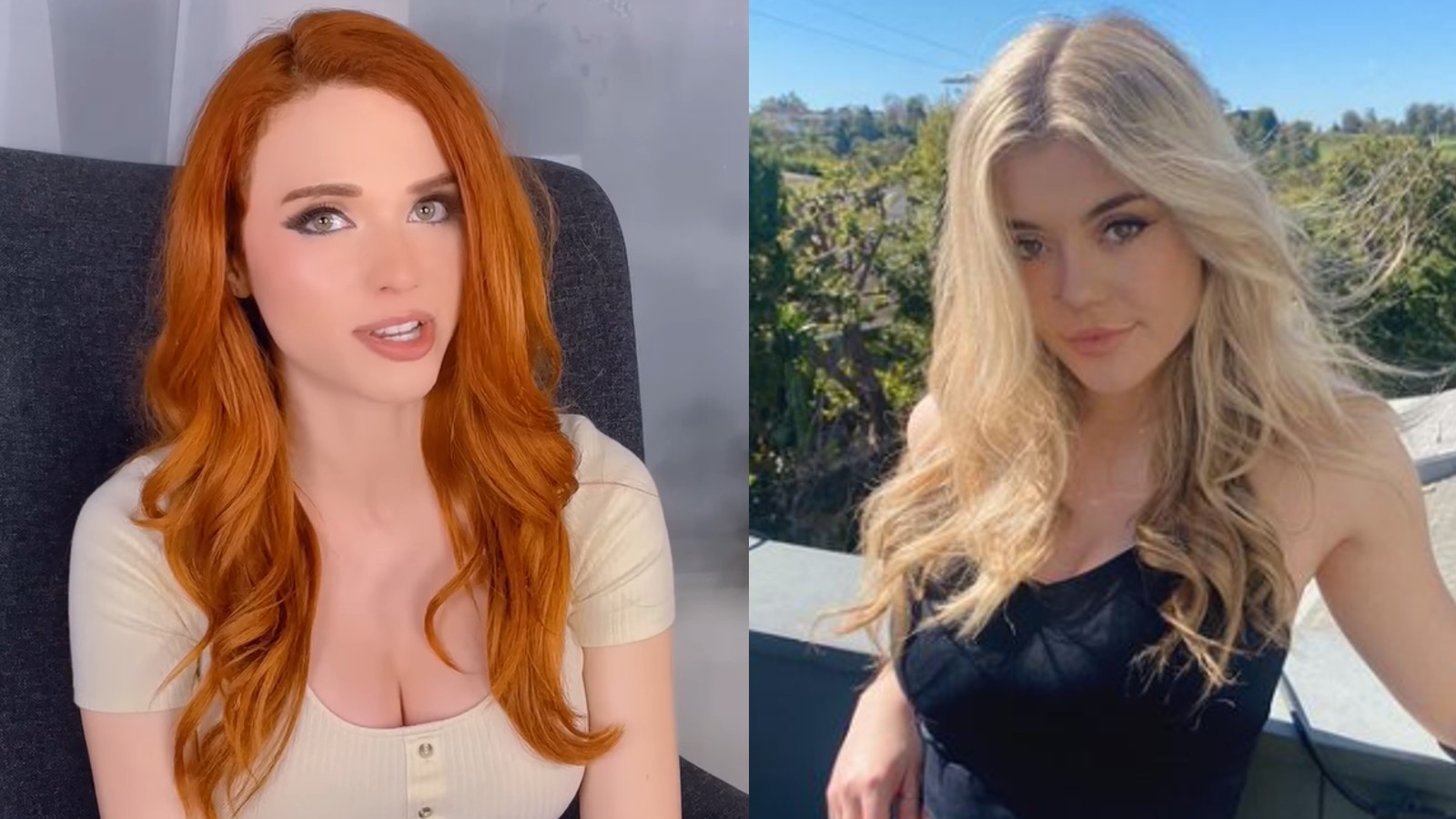 Kaitlyn ‘Amouranth’ Siragusa, Brooke ‘BrookeAB’ Bond, and various other streamers have shared their harrowing experiences with stalkers despite taking extensive measures to protect themselves.

Stalking is sadly becoming an increasing and serious problem for content creators, particularly for women.

Female stars from across the streaming platforms have shared their horrifying ordeals with obsessed fans. One of the most prolific of which was that of Amouranth, who was left ‘fearing for her life’ after a stranger traveled from Estonia to her home and livestreamed his entire experience.

Now, Amouranth has opened up about her dealings with stalkers alongside her fellow streamers DizzyKitten, BrookeAB, and Max Gonzalez. Yet, they also worry that very little can be done to solve the issue.

Speaking to The New York Times, Amouranth spoke more about her experiences throughout May-July 2022 with an obsessed fan who sold all of his possessions to find her.

“In livestreams, they see into your home, into your bedroom, and it feels very personal with them,” She claimed. “I think that is what contributes to a lot of the stalking: They feel like they know you.”

In the lead-up to the terrifying event, Amouranth took a series of measures to protect herself including hiring security guards, instaling security cameras all around her property, and keeping police informed of the stalker’s every move.

However, Amouranth is at a loss as to how she could possibly boost up her security. She added: “I don’t know what else to do at this point, besides build a moat with crocodiles.”

100 Thieves streamer BrookeAB, who currently has 1.3 million followers on Twitch, also spoke about her experience dealing with harassers who doxxed her online. She even had to cancel her trip to Coachella after harassers threatened to “set her house on fire.”

Whereas, Twitch creator DizzyKitten claimed that one stalker managed to track down her home address after professing his love for her. She subsequently “barricaded” herself in a room with a gun.

Twitch streamer DizzyKitten claimed that despite warning the police about her stalker, they said they couldn’t do anything until he raided her home.

Twitch have since made numerous pledges to do more to protect streamers from such attacks. However, Brooke believes that ultimately platforms “just don’t have any clue of what to do.”

Despite the traumatic events, Amouranth claimed she wouldn’t change her career for the world. She added that, sadly, such experiences come “with the territory” of being a woman online.