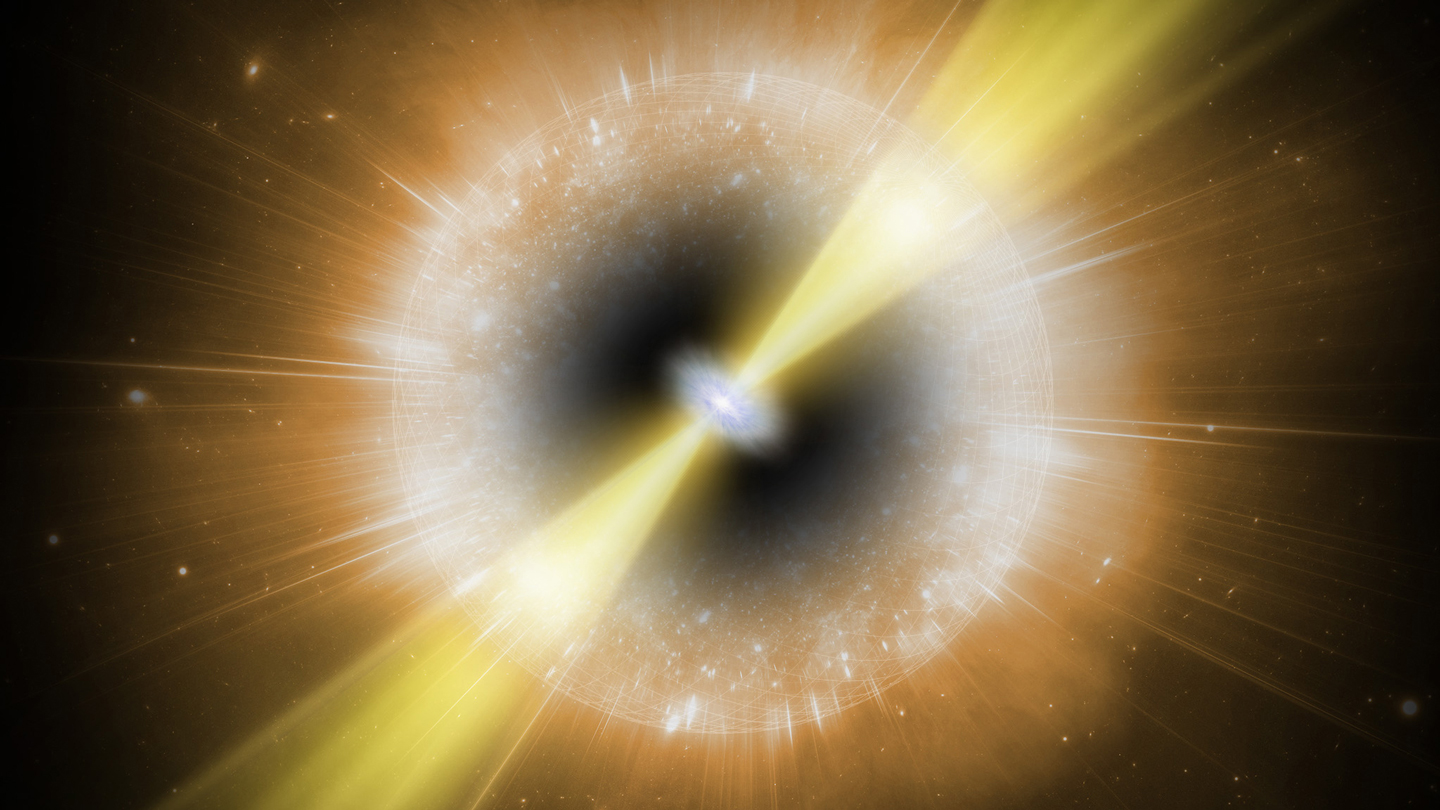 A brilliant blast from a galaxy 2 billion light-years away is the brightest cosmic “Cow” found yet. It’s the fifth known object in this new class of exploding stars and their long-glowing remnants, and it’s giving astronomers even more hints of what powers these mysterious blasts.

These Cow-like events, named for the first such object discovered in 2018 — which had the unique identifier name of AT2018cow — are a subclass of supernova explosions, making up only 0.1 percent of such cosmic blasts (SN: 6/21/19). They brighten quickly, glow brilliantly in ultraviolet and blue light and continue to show up for months in higher-energy X-rays and lower-energy radio waves.

X-rays from the newest discovery, dubbed AT2020mrf, glowed 20 times as bright as the original Cow a month after the blast, Caltech astronomer Yuhan Yao reported January 10 at a virtual news conference held by the American Astronomical Society. And even one year after this new object’s discovery, its X-rays were 200 times as bright as those from the original Cow. Yao and colleagues also reported the results in a paper submitted December 1 at arXiv.org.

Unraveling all that took a bit of time. The Zwicky Transient Facility at Caltech’s Palomar Observatory near San Diego, Calif., initially noted a bright new burst of light June 12, 2020, but astronomers didn’t realize what it was at the time.

Then in April 2021, researchers with the Spektrum-Roentgen-Gamma (SRG) space telescope, which studies X-ray light, alerted Yao and her colleagues to an interesting signal in SRG data from July 21–24, 2020, at the same spot in the sky. “I almost immediately realized that this might be another Cow-like event,” says Yao. The astronomers sprang to action and looked at that location with multiple other observatories in different kinds of light.

One of those observatories was the space-based Chandra X-ray Observatory, the world’s most powerful X-ray telescope. In June 2021, a year after the original supernova blast, it captured X-rays from the same location. The source’s signal “was 10 times brighter than what I expected,” says Yao, and 200 times as bright as the original Cow was a year post-explosion.

Even more exciting was that the strengths of both the Chandra X-ray detection and the original SRG X-ray observations also changed within hours to days. That flaring characteristic, it turns out, can tell astronomers a lot.

“X-rays give us information of what’s happening at the heart of these events,” says MIT astrophysicist DJ Pasham, who has studied the original Cow but was not part of this new study. “The duration of the flare gives you a sense of how compact or how big the object is.”

A compact object like an actively eating black hole or a rapidly spinning and highly magnetic neutron star would create the strong and variable X-ray signals that were seen, Yao says. These were the two most probable leftover remnants of the original cosmic Cow as well, but the AT2020mrf observations provide even greater certainty (SN: 12/13/21).

Further observations and catching these objects earlier in the act with multiple types of light will help researchers learn more about this new class of supernovas and what type of star eventually explodes as a Cow.