Anil Ravipudi – I hope to work with Nithiin in the future 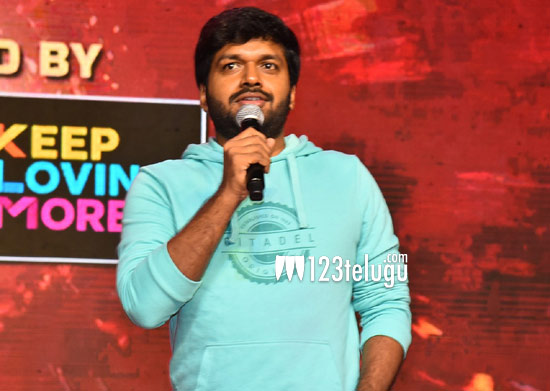 Young hero Nithiin is aggressively promoting his next flick Macherla Niyojakavargam which will be released on 12th August. As a part of it, a grand trailer launch event was held at Guntur this evening. Blockbuster director Anil Ravipudi was the chief guest.

Speaking at the event, Anil Ravipudi expressed confidence in the film’s success after going through its trailer. He said that he hasn’t seen such a mass action these days and added that the film’s trailer gave a fantastic mass vibe.

He conveyed his best wishes to Sudhakar Reddy, Nikitha Reddy, Hari, Krithi Shetty, Catherine Tresa, and the entire team of Macherla Niyojakavargam. He further stated that 20 years of film journey isn’t an easy task and Nithiin reached greater heights after undergoing a lot of ups and downs in his career.

The Sarileru Nikevvaru director wished Nithiin would continue doing good movies. He concluded the speech by saying that he hopes to work with Nithiin in the future.