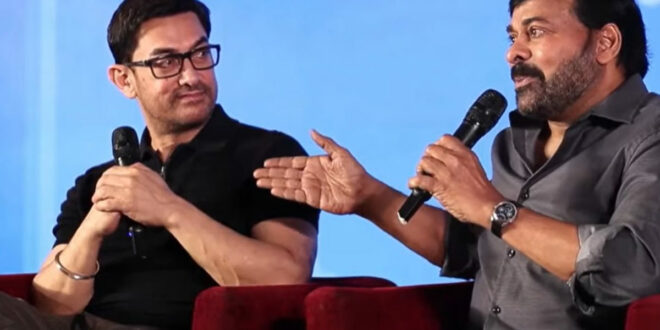 In recent times, the blow given by “Acharya” is so huge for Megastar Chiranjeevi that it has not only disappointed him but also given two major things. One is that any director could give a flop if he fails to focus on the script and then combinations don’t work on the silver screen anymore. But then, Chiranjeevi had to be disappointed one more time.

Hoping that the film “Laal Singh Chaddha”, featuring Aamir Khan, Kareena Kapoor and Naga Chaitanya, will work big time in Telugu as well, Megastar Chiranjeevi has not only presented the Telugu version but also promoted it. In every interview and press meet, Megastar started promoting the goodness and emotional quotient this film actually consists of. But then, the film that was released today received negative reviews in both Hindi as well as Telugu too.

For those who have seen the film “Forrest Gump”, this Laal Singh Chaddha appeared as a dishonest remake and for others who haven’t seen the original, this appeared like a documentary that makes no big sense. While the track featuring Aamir and his mother character played by Mona Singh has won accolades, the rest of the film is labeled as a damp squib.

Looks like Megastar has to get disappointed again as his belief didn’t work fully again.