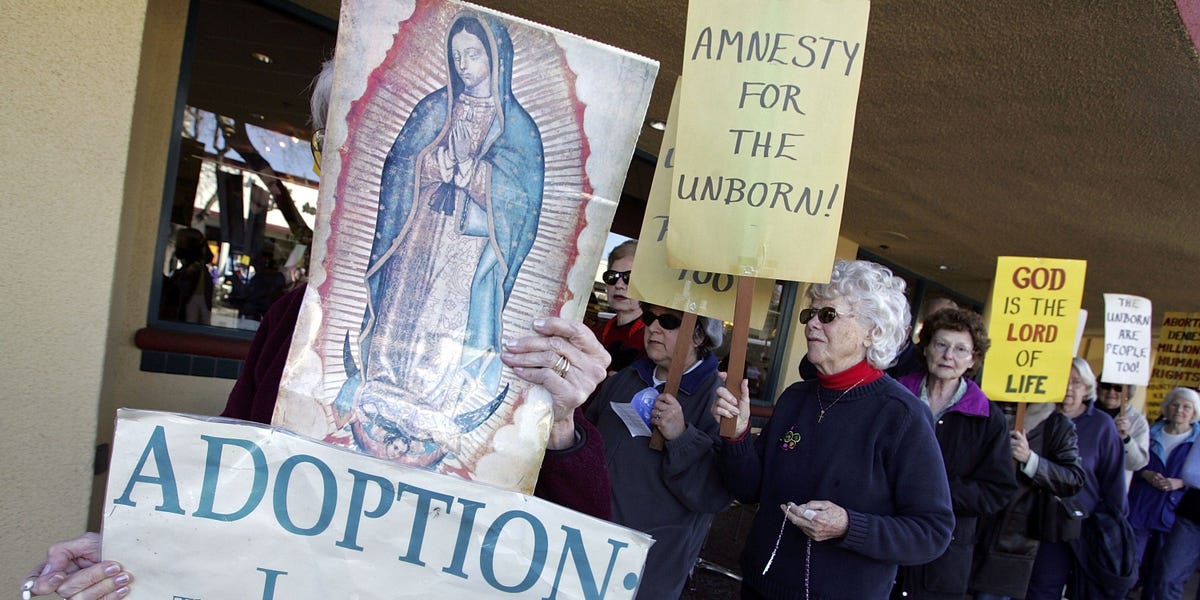 Anti-abortion activists in Massachusetts are trying to “modernize” the pro-life argument and movement, CNN reported.

Andrew Beckwith, the president of the Massachusetts Family Institute, told CNN’s Elle Reeve that his state is at the front line of the abortion culture war.

“We believe men should be responsible and be fathers and not use abortion as a kind of after-the-fact contraception or get out of jail free card,” Beckwith said.

Beckwith welcomed the overturning of Roe v. Wade in June, even though the ruling had no bearing on the state’s abortion laws.

Erika Bachiochi, the director of the Wollstonecraft Project told Reeve that “when you sort of enable through abortion, what you think is consequence-free sex,” adding that it actually puts the consequences on women.

“We have left a woman with the burdens of fertility and we have really let men off the hook. I think what we have seen, I mean, in the last 50 years is this epidemic of fatherlessness,” Bachiochi said.

“We’re going to have to help restore the culture to where fatherhood is valued,” he said.

Reeve pushed back asking: “I just don’t understand why I need to give something up so that men can be better people?”

“What do you see yourself as giving up?” Beckwith asked.

Bachiochi said the goal of the legal framework she’s working on includes women accepting restrictions on abortion and convincing the GOP to include generous welfare policies in order to have a less individualistic society where people have obligations to each other.

“There is just a real shift I think happening in the GOP that I hope happens more and more towards understanding the responsibilities that the community as a whole has towards families,” Bachiochi said.