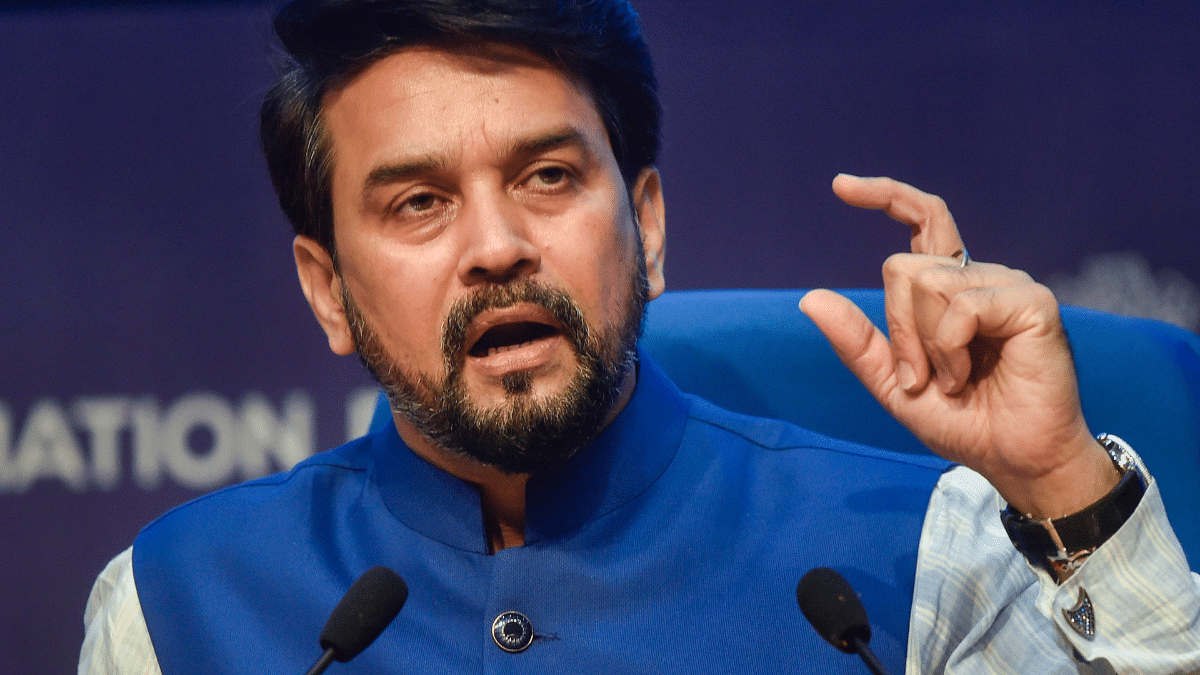 New Delhi: Union Minister Anurag Thakur on Saturday took a dig at Manish Sisodia saying that the Delhi deputy chief minister might have changed his name to “Money Shh” alleging that he is good at taking money and keeping quiet about it.

The Bharatiya Janata Party leader and Union Minister challenged the Delhi Chief Minister to respond answers to his questions within 24 hours.

“Manish Ji, if your liquor policy was right, why did you take it back? It’s like ‘chor ki daadhi mei tinka’… why is there a soft corner for liquor businessmen?… I challenge Arvind Kejriwal to come in front of the nation and answer me within 24 hours,” Union Minister Anurag Thakur said while addressing a press conference in the national capital.

Thakur further alleged that although Manish Sisodia is accused number one in the alleged liquor scam, Arvind Kejriwal was its kingpin.

“No. 1 accused of liquor scam is Manish Sisodia (Delhi Dy CM and AAP leader) but the kingpin is Arvind Kejriwal (Delhi CM). Today’s press conference clearly showed how the colour on his face was gone after his scam. He couldn’t even answer any questions,” he added.

Thakur’s remarks came after Sisodia earlier today said that he might be arrested soon stating that the liquor issue or the excise policy was just an excuse to target him since he was a minister under Delhi Chief Minister Arvind Kejriwal.

Sisodia alleged that the raids against him was all political and had nothing to do with the alleged violations in Delhi’s Excise Policy.

“Maybe within the next 3-4 days, CBI-ED will arrest me… we won’t be scared, you won’t be able to break us… Elections of 2024 will be AAP vs BJP,” said Sisodia while addressing a press conference in the national capital today.

Pointing out that Delhi’s excise policy was the best policy, Sisodia said,” Excise policy due to which whole controversy is created is the country’s best policy. We were applying it with transparency and sincerity. Had Delhi LG not changed his decision conspiring to fail the policy, Delhi government would’ve been getting at least Rs 10,000 cr every year.”

Earlier on Friday, Sisodia said that he and his family had cooperated with the CBI, which he claimed was “being misused” by the Centre, on a day when the investigative agency carried out raids at multiple locations in connection with a case linked to the AAP government now withdrawn excise policy.

Speaking to the reporters after the CBI officials left after a 14-hour-long raid on Friday, Sisodia said, “CBI team came this morning. They searched my house and seized my computer and phone. My family cooperated with them and will continue to cooperate. We have not done any corruption or wrong. We are not afraid. We know that CBI is being misused.”

Sisodia was among 15 persons booked in an FIR filed by the CBI. Excise officials, liquor company executives, dealers along with some unknown public servants and private persons have been booked in the case.

The FIR said that “facts in the matter prima facie disclose the commission of offences” punishable under section 120-B, 477A IPC and section 7 of the Prevention of Corruption Act 1988″ against the accused.–ANI