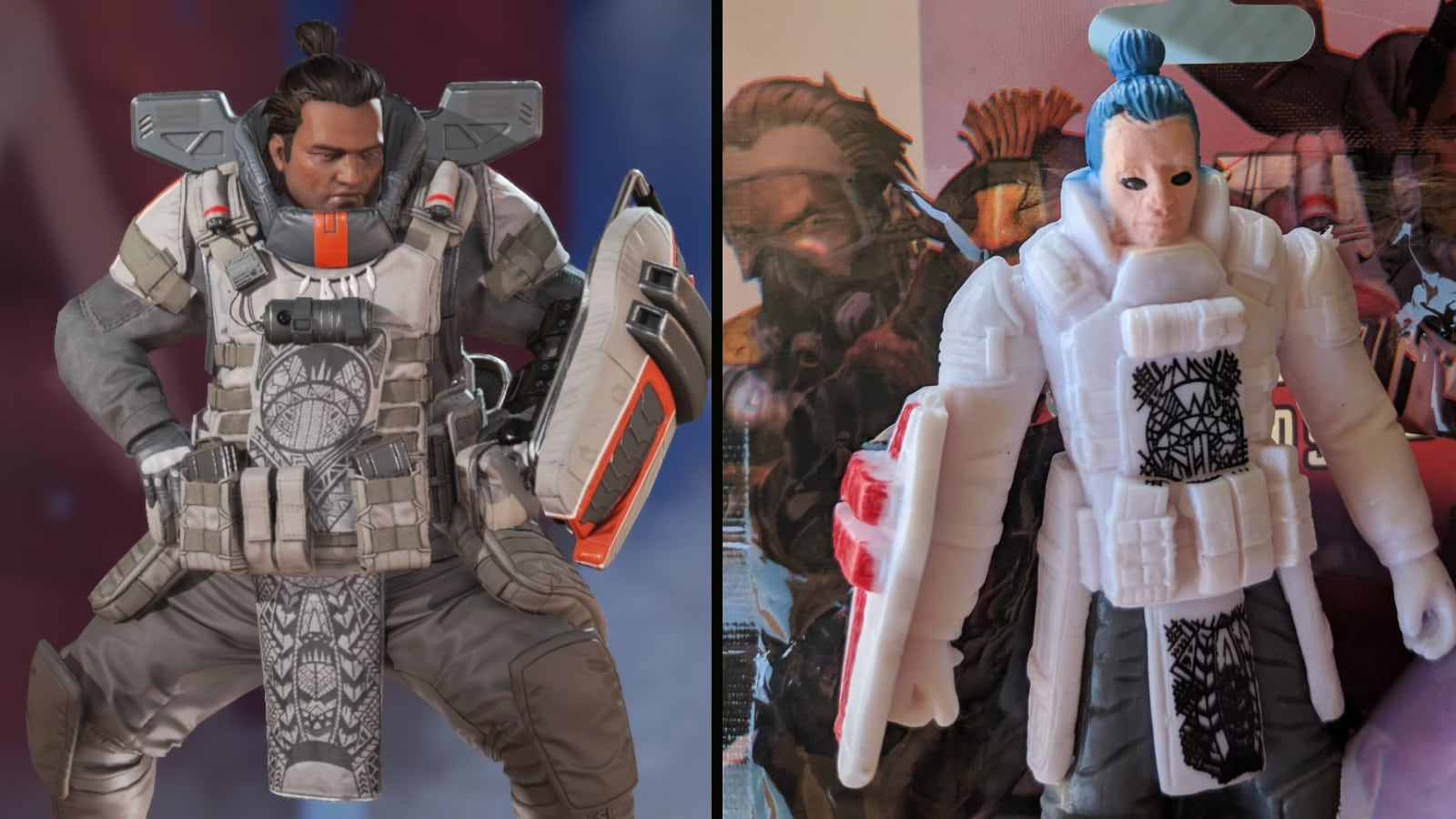 A series of very bizarre Apex Legends figures have emerged, and Apex players can’t get enough of these poorly made knockoffs that vaguely resemble iconic characters from the game.

Apex Legends features a wide cast of visually distinct characters with a variety of personalities. Collectible figures for many of these characters already exist, but some very cheap-looking knockoffs have been popping up on the internet.

Reddit user garrett53 posted a lone image of this incredibly warped and distorted figure of Gibraltar that they claim to have found for just one dollar.

It’s hard to say who’s making these figures, but the boxes themselves are plastered with art ripped straight from Apex Legends’ promotional material and in-game illustrations.

While the figures look vaguely similar to their in-game counterparts, there are some clear differences here.

“Legend” is a strong word

These characters are barely recognizable, with fine details and facial features being smoothed over. The tribal designs on Gibraltar’s armor are warped and layered on top of each other.

A video from reddit user Karmanized gives us a look at a Bangalore figure, along with the box it came in and a weapon that came packaged with it.

The weapon looks somewhat similar to the G7 Scout, a weapon Bangalore is often depicted holding in game.

Meanwhile, Bangalore herself has a similar level of detail to the Gibraltar with simply painted armor and a lack of facial detail.

These two figures appear to have similar packaging as well, but it’s hard to be sure. The bottom of the Bangalore figure reads, “Who are the characters?”, a question the original poster of the video doesn’t seem too sure the figure’s manufacturers could answer.

With Apex Legends Season 14 on the horizon, hype for the game and its iconic set of characters is at an all-time high. Fans of the game are bound to be on the lookout for figures of their favorite legends.

Just watch out for these knockoff figures.