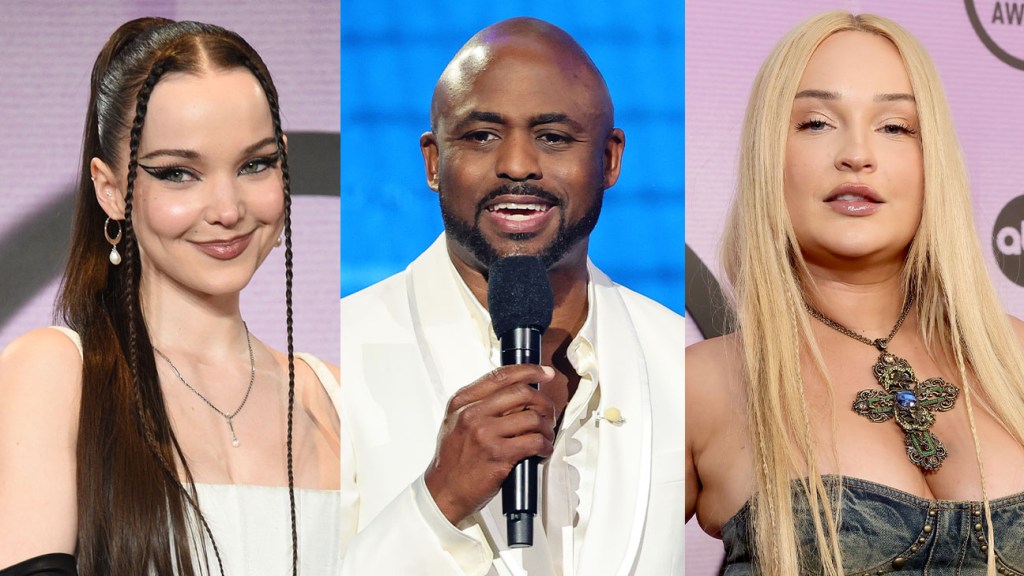 A number of stars used their time onstage at the American Music Awards Sunday night to speak about Saturday night’s shooting at a gay nightclub in Colorado Springs, which left five people dead and 25 others injured.

“Every award that I ever win will always first and foremost be dedicated to the queer community at large,” says Dove Cameron, while accepting the award for new artist of the year.

“I want to remind everyone how important queer visibility is, and how important our community is,” she added. “And I want to direct your attention to organizations like GLAAD and The Trevor Project for what you can do right now. I want to remind you that you are made absolutely right, and you are so loved and so held, and I want to thank you for supporting me. Thank you for holding the space. I’m holding it for you too.”

Later AMAs host Wayne Brady paid tribute to the victims and their families directly after honoring Migos rapper Takeoff, who was shot and killed in Houston earlier this month. “We have to stop this senseless and terrible gun violence,” Brady said.

“Just yesterday, there was a mass shooting in Colorado Springs and our hearts go out to all of the victim’s families,” Brady went on to say. “Personally, I just want to say I love you all and my heart is with you, and God bless you.”

Singer-songwriter Kim Petras also mourned the victims before announcing the nominees for favorite pop song, saying, “I can’t stop thinking about Colorado today. And gay clubs basically raised me, basically, and I can confidentially say, no one loves pop music more than gay clubs, so my heart goes out to you.”

Of the 25 people hurt during the mass shooting, officials say at least seven are in critical condition. It is unclear how many victims were shot, as some were hurt trying to leave the scene.

During a news conference Sunday, investigators said at least two firearms, including a “long rifle,” were found at Club Q following the attack. The police are investigating to determine the motive and if it was a hate crime. Charges against the suspect “will likely include first-degree murder,” said El Paso County District Attorney Michael Allen.

Police Chief Adrian Vasquez says the gunman was also confronted by at least two “heroic people” who fought and subdued the suspect before officers arrived and arrested him. “We owe them a great debt of thanks,” Vasquez said.