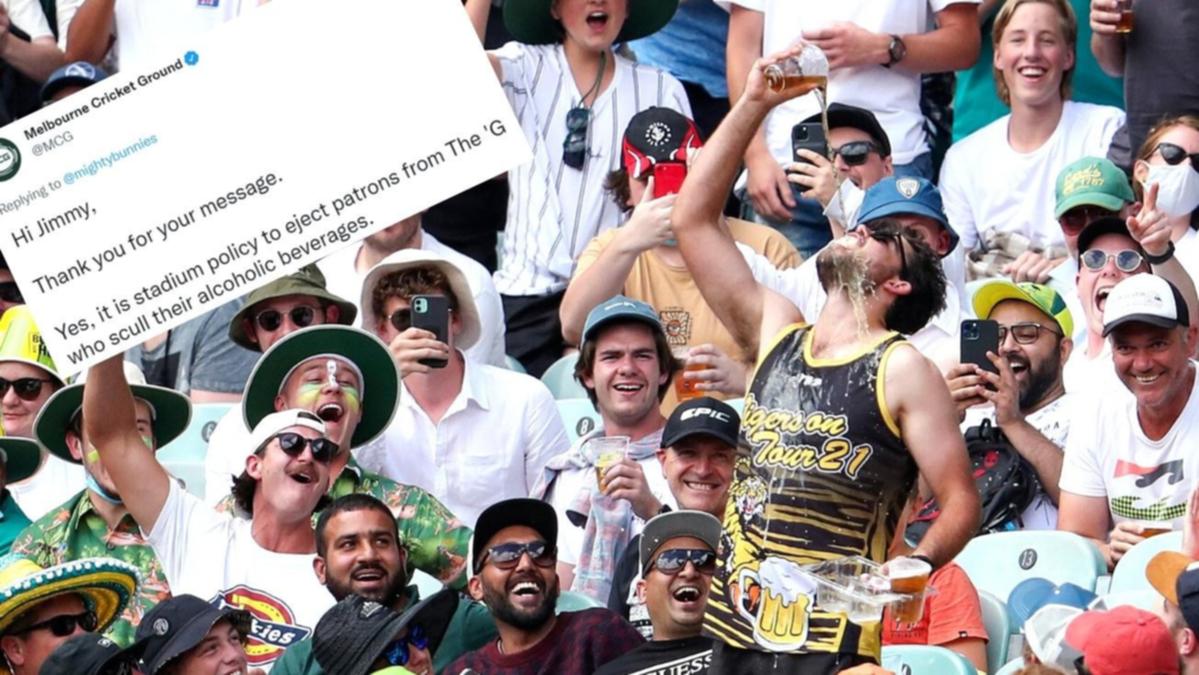 Bob Hawke could skol a beer in 11 seconds and was cheered by crowds when he downed one at the Sydney Test in 2012.

But if he’d done the same thing at the Boxing Day Test at the MCG this year, chances are he’d have been booted out.

Many tried to live up to the former prime minister’s famous talent during the brief two-and-a-bit days of play, which saw Australia demolish England to win the Ashes, but security and Victoria Police had the last laugh.

The harsh action has been labelled as embarrassing by people on social media, with many questioning what Mr Hawke would have thought.

Some jokingly suggested beer cup snakes were banned because they would put cleaners out of work, while others questioned how fast was too fast to finish a beer.

Some called the eviction of people for skolling mid-strength beers un-Australian and an over-reach.

State opposition leader Matthew Guy was among the critics.

“If it was good enough for former prime minister Bob Hawke to skol a beer at the cricket then let’s not go over the top (with rules),” he said on Tuesday.

He said Victorians have had such a hard two years they should be allowed to have a bit of fun.

“I’m a public schoolboy, I reckon it’s a great thing to do sometimes.”

In a statement, Victoria Police said they often receive reports about drunk people behaving offensively and affecting the enjoyment of others.

“Skolling of alcohol is associated with intoxication and disruptive behaviour, which can lead to other public order issues,” they said.

“We have a strong focus on the responsible consumption of alcohol to ensure all patrons are able to enjoy the cricket safely.”

7NEWS Melbourne’s Nick McCallum, who covered the Boxing Day Test at the MCG this week, said families at the cricket and football deserve protection from drunken fans.

But he believes police can use their discretion without the need for a heavy-handed ban on one act.

“I was actually young once and I used to go to the cricket and I’m not adverse to the old skol, let me tell you,” he said on Sunrise.

“I don’t think there is anything wrong with skolling at the cricket or anywhere else as long as your behaviour remains appropriate.

“In my experience at the cricket and at the footy usually people are not kicked out just for skolling, it’s the behaviour before, during and after, which gets them kicked out, particularly in family areas.

“I think the police have to monitor the situation. Usually skolling is a symptom of something else going on which is anti-social, and we have to accept in this world you have to be able to take your family to the cricket.

“You have to feel comfortable. If someone is behaving like a bit of a schmuck, skolling is part of that, they must go and leave the cricket.”