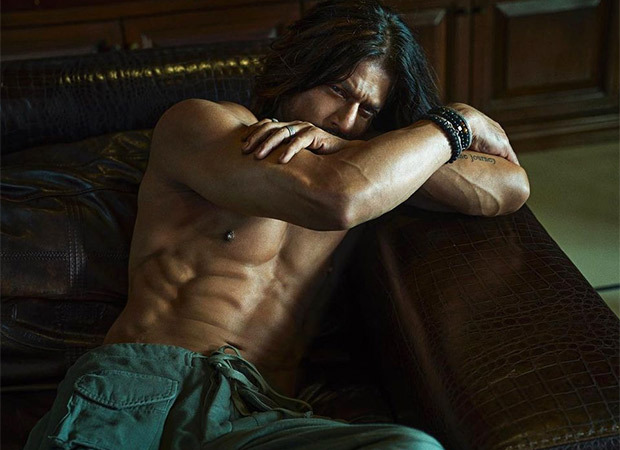 There is no denying Shah Rukh Khan has always enjoyed a huge fan following across the globe, not just for his acting skills but also for his wit. His regular #AskSRK session often goes viral on the micro-blogging site, Twitter. However, a section of internet users used the opportunity to troll teh Bollywood star but most of them failed, just like this time when a troll declared the Pathaan teaser disaster and asked him to take retirement.

#AskSRK: Shah Rukh Khan hitting back at troll asking him to “retire” is proof why Pathaan star is a King!

Yes! A Twitter user participated in #AskSRK session, which was held today, January 4. Instead of asking a question to SRK, the Twitterati commented, “Pathan disaster already / Retirement lelo.” Well, his reply left many of his impressed as it read, “Beta badhon se aise baat nahi karte (dear, you should not speak to your elders like that).”

Reacting to the tweet, a user wrote, “Ye hui na King Khan wali baat,” while another added, “Nailed it.” 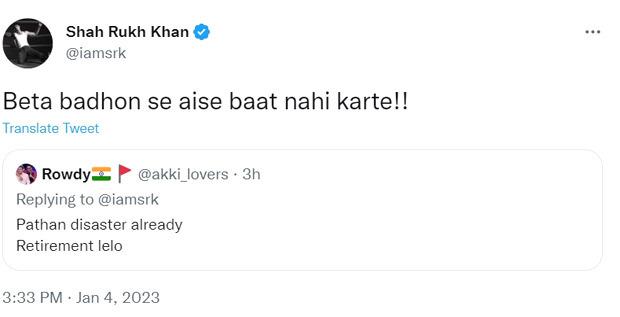 Speaking of Pathaan, the Shah Rukh Khan starrer is slated to release on January 25. Besides him, the Siddharth Anand directorial will also feature Deepika Padukone and John Abraham. The makers released the teaser of the film on the occasion of Shah Rukh’s 57th birthday, and so far, it has bagged over 66 million views on YouTube alone.

Apart from Pathaan, King Khan has two more projects in his kitty, scheduled to release this year; Dunki and Jawan. While the former is helmed by Rajkumar Hirani, the latter will be his first on-screen collaboration with South’s lady superstar Nayanthara.

Also Read: Shah Rukh Khan fan gets married twice to get a reply from him; Pathaan star’s response will leave you in splits