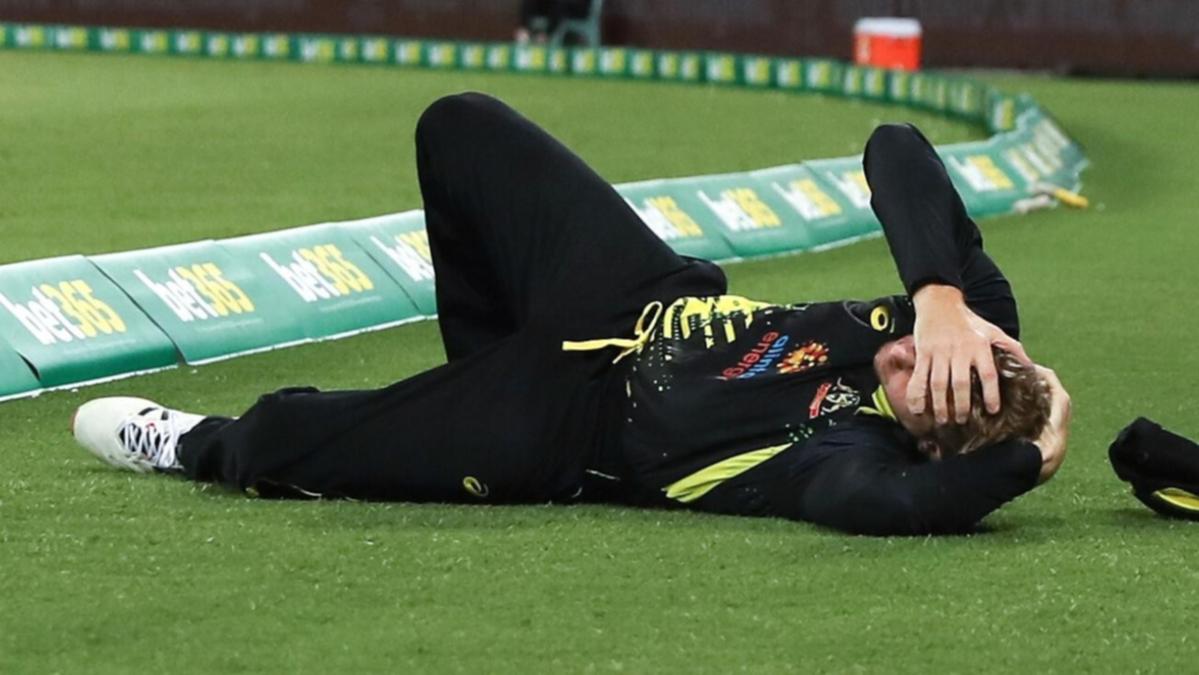 Steve Smith has been ruled out for the three remaining games of Australia’s T20 international series with Sri Lanka due to concussion.

Smith dived heroically to stop a Maheesh Theekshana ball from going to the boundary in Sunday’s second T20I at the SCG but fell headfirst as he attempted to claw the ball back.

Cricket Australia said they would not look to bring a replacement into the squad, who will be hoping to add to their 2-0 lead when they play in Canberra on Tuesday.

Sri Lanka were able to force a tie, responding to Australia’s 6-164 by scoring 18 off the last over, with Josh Hazlewood’s miserly five runs conceded in the subsequent super over then allowing the home side to claim victory.

The quick, who finished the standard 20 overs with figures of 3-22 from four overs, said he had no hesitation about stepping up when called upon to bowl the super over.

“I think everyone wants to bowl those,” he said.

“It’s an exciting challenge to be put under that pressure when you’re bowling in the last few overs when it’s tight or if it’s a super over.

“It’s just as hard at the start when you’ve only got two fielders out if the wickets are good. I think everyone wants to bowl those overs and nail them.

“I guess that’s when you get put up in lights, like in the IPL. It’s good to be the go to man.”

Given his displays at the SCG over the last few days, it’s clear to see why.

Hazlewood returned to the international arena on Friday after a disappointing summer in which he played just one of Australia’s Ashes Test wins due to a side strain.

The 31-year-old came back with a bang, finishing with career-best T20I figures of 4-12 before sealing the victory on Friday.

Fellow Test regular Mitchell Starc was rested and Hazlewood said it was likely he, Starc and Test skipper Pat Cummins would be rested with one eye on the tour of Pakistan.

“I think it’s just about resting up and giving some guys some opportunities,” he said.

“There’s still three games to go and I guess Pat and Mitch are coming off Test matches so could probably do with their feet up.”