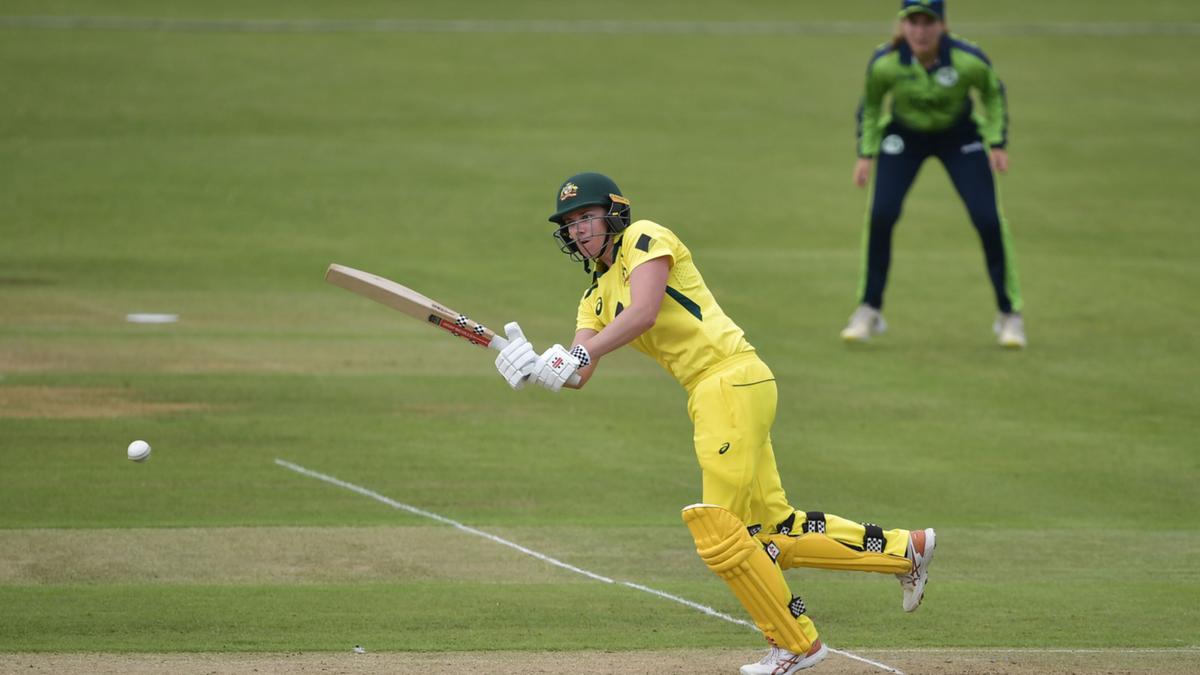 Tahlia McGrath has maintained her extraordinary start to T20 international life with Australia, playing her fourth innings and winning a fourth player-of-the-match award as she and captain Meg Lanning combined to crush Ireland in Bready.

McGrath was rewarded for her blistering 70 off 45 balls in the 63-run victory over the hosts at the Northern Irish venue on Thursday.

Watch Australia’s Comm Games latest in the player above

Lanning, leading the way with 74 off 49 balls, also put Ireland’s bowlers to the sword as the world champions began to look the part with the Commonwealth Games just around the corner.

The pair’s imposing partnership of 140 helped Australia pile up 4-182 off their 20 overs, which proved far too much for the outclassed hosts.

It was Australia’s second straight win – their other match was rained off – as they went to the top of their Tri-Nation 20 series table on 10 points, with Pakistan on six and winless Ireland yet to pick up a point.

All-rounder McGrath was deemed the star of the show, her 70 decorated with 11 boundaries.

Amazingly, in her eight T20Is, the 26-year-old from Adelaide has batted just four times for her country in this format – and been voted player of the match on each occasion where she’s produced a dazzling knock.

When she was dismissed for 70, it was the first time anyone had ever captured her wicket in a T20I, leaving her with the cool average of 247.

“There you go … not bad!” laughed McGrath.

“The thing about the T20 format for me is that there’s so much freedom. I feel like when I’ve got to the wicket, I’ve got a licence to play my shots.”

It certainly proved the case for McGrath batting alongside Lanning, who’s so calm and impressive at the crease that it’s even left McGrath awestruck.

“It was good fun batting with Meg … if there was one shot I could steal off anyone, it’s that flick off the legs for six. It’s incredible.

“She was so calm at the crease. She makes things happen so it’s very nice batting with her.”

Australia will have one more match in Ireland against Pakistan on Saturday before they travel to Birmingham for the Commonwealth Games, where they’ll be strong favourites to become the event’s inaugural women’s cricket champions.

“There’s a little bit of fine tuning to go (like) tidy up our fielding a bit, a few too many extras, but we’re always striving to improve and we’re on the right track.

“The fact I’m going to be playing in the Commonwealth Games is very, very cool and not something that I thought I’d get to be doing.

“So I’m just riding the wave at the moment, loving my cricket and hopefully I’ll have a gold medal soon.”

Everything you need to know about the Birmingham 2022 Commonwealth Games