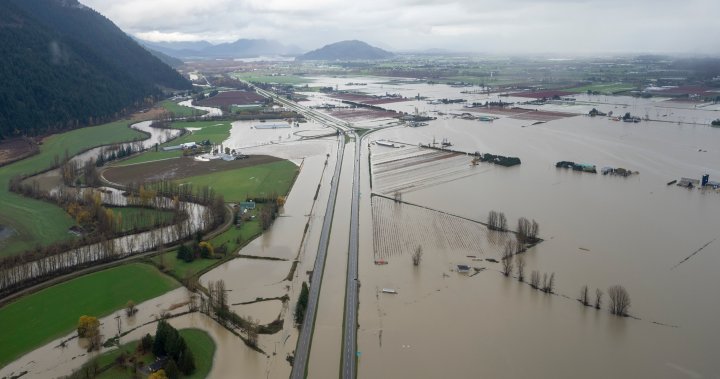 One of the busiest stretches of highway in British Columbia reopened Thursday after being closed for more than a week.

Highway 1 between Abbotsford and Chilliwack has been deemed safe for vehicles and will be accessible for all vehicles starting Thursday afternoon.

Crews have worked faster than expected, pushing up the reopening between McCallum Road and Yale Road West from the estimated reopening time of 9 p.m.

1:54
B.C. floods: Another atmospheric river moves across large parts of the province

B.C. floods: Another atmospheric river moves across large parts of the province

The province decided not to limit access to essential vehicles only as there are enough lanes open to facilitate all travellers.

The road has been closed for a week and a half after it was engulfed by floodwaters during a historic storm. Crews had to wait until water levels receded before being able to do the safety assessments needed to open the road, the province said.

Transportation Minister Rob Fleming said Thursday traffic will not be as usual along this stretch, it will be slower than normal and drivers should expect delays.

Highway 1 between Popkum and Hope remains open to one lane of travel in each direction and is for essential travel only.

The B.C. government is still urging residents to be prepared for the storms and to be ready to leave at a moment’s notice.

The province is recovering from devastating flooding and mudslides in mid-November and now the first of three atmospheric rivers has struck the province.

About 80,000 drivers use the route between Langley and Chilliwack every day, according to the Ministry of Transportation.

With the reopening of this stretch of highway, BC Transit will be resuming operation of the entire route 66 Fraser Valley Express between Chilliwack and Langley, effective immediately, the company said.

1:54
B.C. floods: Another atmospheric river moves across large parts of the province

B.C. floods: Another atmospheric river moves across large parts of the province

The Province of BC announced that Hwy 1 will reopen at 2pm today – PLEASE NOTE – travel off of Hwy 1 on the side roads (from Sumas Way to Old Yale Road West) is still restricted as the evacuation order is still in effect in this area.

Read more:
Next 3 storms to hit B.C. expected to be atmospheric rivers

The province is telling everyone to stay up-to-date with alerts, buy only what you need in the short-term, stormproof your home and follow road and travel restrictions.

Meanwhile, Fleming said they are cautiously optimistic that commercial traffic could be moving on the Coquihalla Highway in about two months’ time, by late January.

However, Rob Fleming said it is a daunting, uphill task and one that will be contingent on the weather and future storms.

About 20 sites along Highway 5, which is the main highway connecting the Lower Mainland and the Interior, were damaged or washed away during the storm from Nov. 13 to 15.

This is about 130 kilometres that have been affected, Fleming added.

Five bridges have either collapsed or heavily damaged.