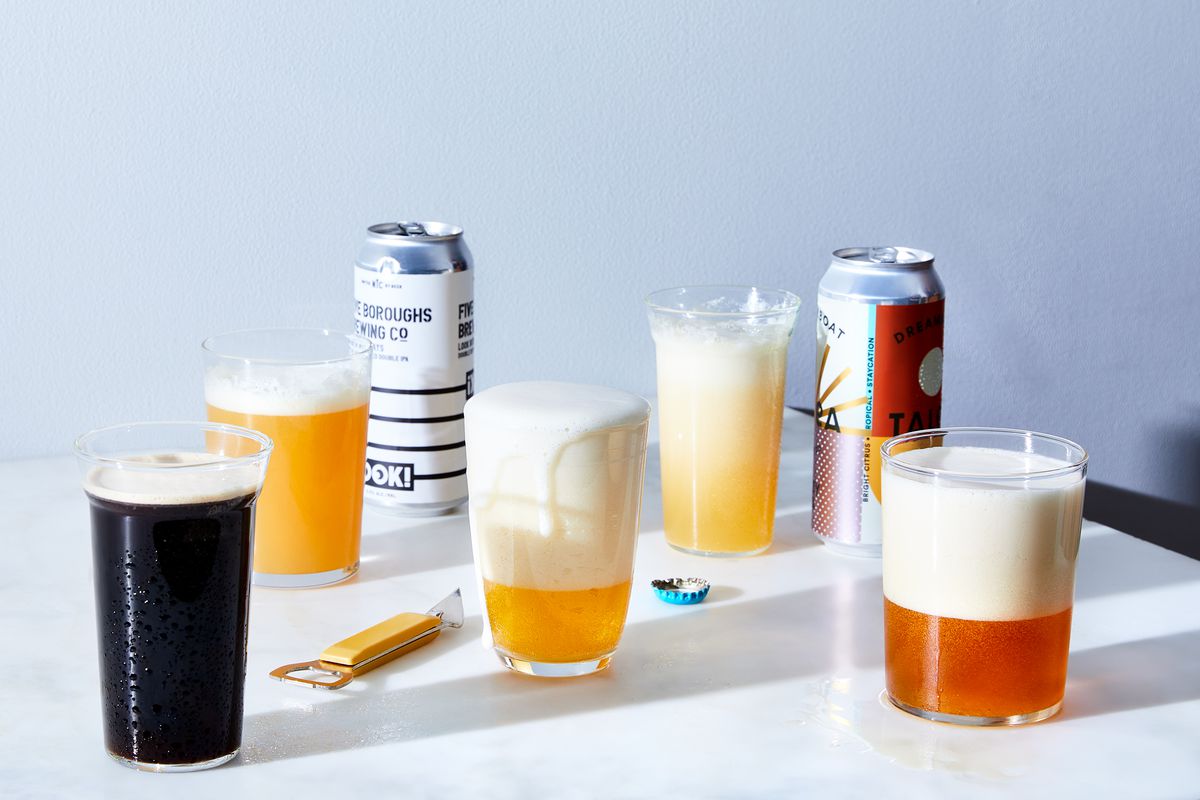 Barrel-aged beers are popular right now: Fans stand outside of some breweries the day before a bottle release for the chance to snag the special, and often limited, liquid. Some collectors may try to buy them online in sales that sell out in seconds. Many breweries require patrons to enter a lottery for a chance to buy releases to make it a little fairer. A majority of these 12- to 25-ounce beers sell for $20 to $100 a bottle, and end up reselling for hundreds or even $1,000 on secondary markets.

But it wasn’t always like this. Back when Chicago’s Goose Island entered one of its first batches of Bourbon County Brand Stout—the beer that kickstarted the barrel-aged stout style—into the Great American Beer Festival in 1995, the competition didn’t even have a category the beer could enter. Since then, it’s grown into a yearly release where everyone is excited to see just what Goose Island does next with its popular series.

Today, thanks to Bourbon County, places like Toppling Goliath are keen on releasing bigger and bolder barrel-aged beers. Stout remains the most popular beer style to rest in barrels, and brewers and fans have Goose Island to credit.

“It was really mind-blowing to try even back at that time,” Toppling Goliath head brewer Mike Saboe said of Bourbon County Brand Stout’s first commercial release in the fall of 2005. “It got my gears going. I was brewing at home and working on different styles. It really got me thinking on how you can have a beer come together in that way.”

“People regionally knew how great Bourbon County was. It was a trailblazer,” AJ Platt, current brewer at Toppling Goliath and former Goose Island server and brewer, said. “They [Goose Island] still do a lot of really cool R&D and creative stuff that you see with the variants every year. They push the boundaries on creating new variants for bourbon barrel-aged beers. A lot of breweries are now doing that in their own capacity, but everyone is still looking back to see what Goose Island is releasing. In some sense, it’s still a standard.”

I Thought I Hated Beer Until I Tried Porters

The 8 Best Non-Alcoholic Beers We Know

Accordingly, you can find a number of breweries releasing barrel-aged stouts, wheatwines, barleywines, or strong ales each months. And brewers don’t stop there: vanilla beans, cacao nibs, coffee beans, coconut, and more find their way into these thick, boozy concoctions. The experimentation has only gotten bolder in recent years.

“We used different ingredients outside the norm for us to bring those together,” Saboe said when asked about two beers: a barrel-aged Apple Cinnamon Strudel and barrel-aged Maple Granola. Saboe said Toppling Goliath will come out with more “outside of the box” beers next year. “We tried some of those things: breakfast cereals, cakes. Say we want to emulate a certain flavor or make a s’mores type of thing. Or marshmallow characters. We don’t like to use marshmallows or marshmallow fluff. We like to use vanilla beans for the mouthfeel and flavor so you can perceive it to be more marshmallow than marshmallow can be.”

With such an array of flavors and ways to make these stouts truly unique, surely there’s a barrel-aged beer for everyone. Below, we’ve gathered a handful of our favorites: These are the breweries making some of the best barrel-aged beers in the country.

Kentucky Brunch Brand Stout (KBBS) is one of the highest-rated barrel-aged stouts on the social media platform Untappd. Each time I’ve had KBBS, it has proven time and again why it costs $100 for a 12-ounce bottle and $20 for a four-ounce pour—it’s layered with an intense and unmatched flavor of freshly brewed coffee, small-batch maple syrup, and sweet bourbon.

Toppling Goliath is also known for its yearly Assassin beer. It’s a longtime special-release series that rests in whiskey barrels and is full of dark fruit, caramel bourbon, and hefty cocoa. They’ve even made double barrel, vanilla, and coconut versions of Assassin. Toppling Goliath releases a plethora of other beers at random times of the year, and people have flown in for these special beer events from across the country.

Some of the hardest-to-acquire barrel-aged stouts come out of Side Project, including Beer : Barrel : Time, a barrel-aged stout that doesn’t use any adjuncts. The Maplewood brewery can coax marshmallow, vanilla, caramel bourbon, toffee, and so many more flavors simply from blending different barrel-aged beers.

Another popular release, Continuance, is made from a blend of imperial stouts, barleywine, and other barrel-aged beers. Side Project has even gotten very experimental with its brand called Shared. A recent release was a barrel-aged stout mimicking the flavors of a churro, and it hit the mark.

The legendary Chicago brewery still releases its Bourbon County Brand Stout every year. It’s relatively cheap, at $9 to $16 per 16-ounce bottle, and is still in the upper echelon when it comes to showing what combining beer with wood can do. Each year, the brewery also releases several other variants of the beer. Sometimes this might be a wheatwine inspired by caramel candy, a cherry, oat, and brown sugar infused stout, or the recent release that is supposed to taste like cola. Some are harder to find than others, but they are all worth tracking down just to try even once.

People don’t balk at the $100 price tag for a 12.7-ounce bottle of Anchorage’s A Deal With the Devil. This barrel-aged wheatwine first gained notoriety in 2014 with its second batch. Beer fans began finding out that this beer was flowing with caramel, toffee, oak, slight fusel, and sweet boozy notes. A recent release was aged in three different types of barrels and was a huge hit. It is often rested in different bourbon barrels, and even cognac, to see what types of flavors can be infused into the beer. As a bonus, you don’t need to fly to Alaska to try them; the beers are regularly on Tavour. And this past year, Anchorage began releasing several stouts on Tavour, meaning every month or so you had an easier chance of trying the rare elixirs.

How to Drink Pumpkin Beer Like a Beer Nerd

12 of the Most Popular Beers Around the World

Have you tried any of these bourbon barrel-aged beers? Let us know in the comments.