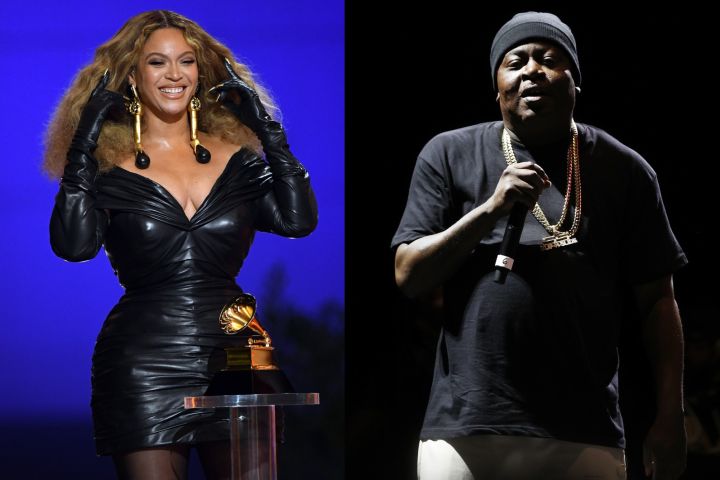 Do not mess with the Beyhive.

Rapper Trick Daddy was slammed this week after stating his “unpopular opinion” that Beyoncé can’t sing.

In a clip doing the rounds online, Trick Daddy can be heard saying: “Beyoncé f**k with her because she see money. Beyoncé ain’t trying to give back to music or nothin’.”

It’s unclear how the conversation started, but radio station 106.1 KMEL posted that it was on a Clubhouse speaking room.

“Beyoncé don’t write music and barely can sing her motherf**kin’ self,” he said. “Beyoncé can’t sang!”

“I’mma say my unpopular opinion right now: Beyoncé is to R&B what Jay-Z is to New York. That’s why they together. Jay-Z ain’t never won the greatest rapper alive. Whoever put him on a level like that?”

According to HotNewHipHop, Trick claimed that NYC needed a hero after Biggie died in 1997 so people handed that title over to Jay-Z.

See some of the reaction to the comments below.

It’s 2021 & Trick Daddy & his minions have the nerve to say THE Beyonce Giselle Knowles can’t sing. All that clown does is disrespect black women. pic.twitter.com/StlRI1zXC2

pls bey is a trained star rated vocalist, trick daddy cant fucking rap if we talking bout shit ppl cant do, ppl only listen to his shit for Trina & even if she couldnt sing she has more talent than him and has sold over a hundred million more records than him & thats jus solo

Trick Daddy….now you know damn well the beehive bout to roast your ass into the ground… Can’t say you didn’t deserve it 🤷‍♀️ pic.twitter.com/9t1aMWAQER

I know I didn’t just wake up and hear TRICK DADDY saying Beyoncé can’t sing…. I know he fucking lying!!!!!