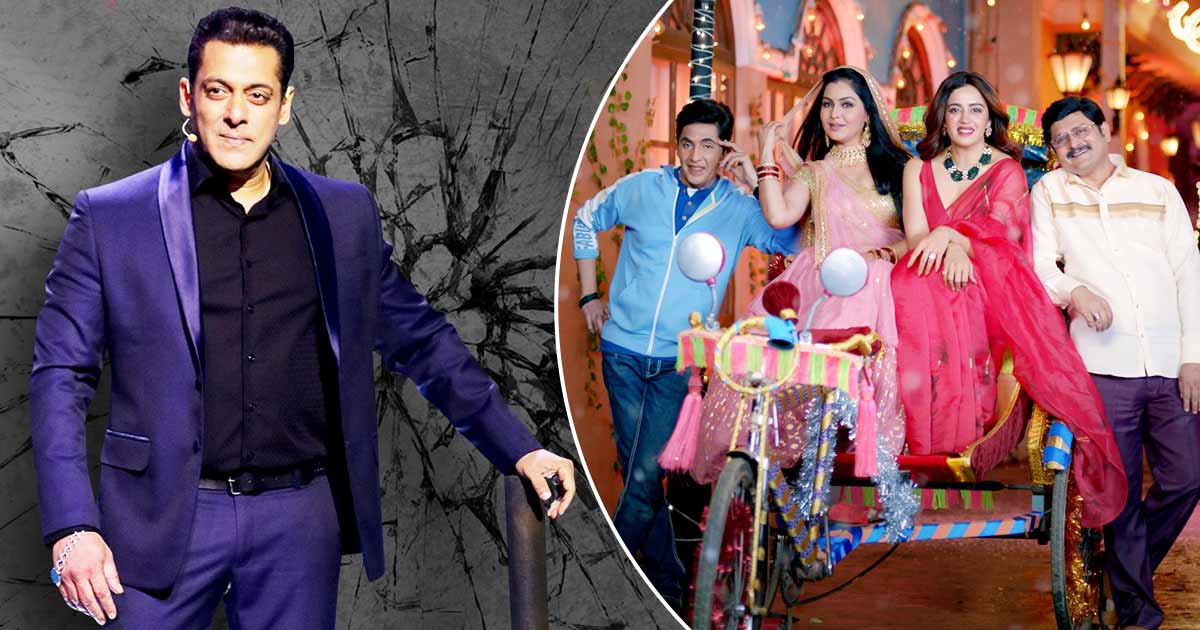 The craze for daily soaps and reality shows in India is sky-high. However, you’ll be stunned to know, that not just in the country but Pakistanis also love watching our shows. However, back when the Uri attack happened, things took a wild turn and the government banned their shows in the country, in retaliation even our neighbouring nation also did the same. However, a few years back, the Pak government lifted the ban but do you know why shows like Bigg Boss, Bhabi Ji Ghar Par Hai, Naagin and others were banned? Scroll below.

Salman Khan will soon be back to host the 16th season of the controversial reality show but as per ABP, there was a time the show used to air in Pakistan. Just like in India, Pak citizens were crazy for the show. However, soon after BB9 was concluded, the Pak government banned the show over quarrels among contestants and foul language used by them.

After Bigg Boss, the supernatural show remained a fan favourite. Season 1 which starred Mouni Roy, Arjun Bijlani and Adaa Khan in key roles, was a massive hit not just in India but it had a huge fan following in Pakistan too. Half of the viewership was from the neighbouring country, however, days before season 2 was supposed to air, the Pak government decided to ban the show.

The comedy show that first premiered in 2015 is still the favourite show among the viewers. In the sitcom, Vibhuti Narayan played by Aasif Sheikh and Rohitash Gaud as Manmohan Tiwari, are shown falling in love with each other’s wife, interestingly, the two ladies also like getting their attention. While the theme is fine among the Indian audience, but Pakistan banned the show for sending the wrong message.

The fan following for Divyanka Tripathi and Karan Patel was an all-time high in the neighbouring country, but the Pak govt wasn’t happy with the show’s theme. On the other hand, the intimacy in one of the episodes between the lead character Raman and Ishita also became reason for the show to get banned.

Despite revolving around a Muslim family, the hit show got banned in Pakistan. While there was no concrete reason, but they refused to air the show just because the show features an Indian Muslim family.

Must Read: BTS X The Kapil Sharma Show’s Fan Edited Video Is Sure To Leave You In Splits, It’s The Best Thing You’ll Watch On The Internet RN