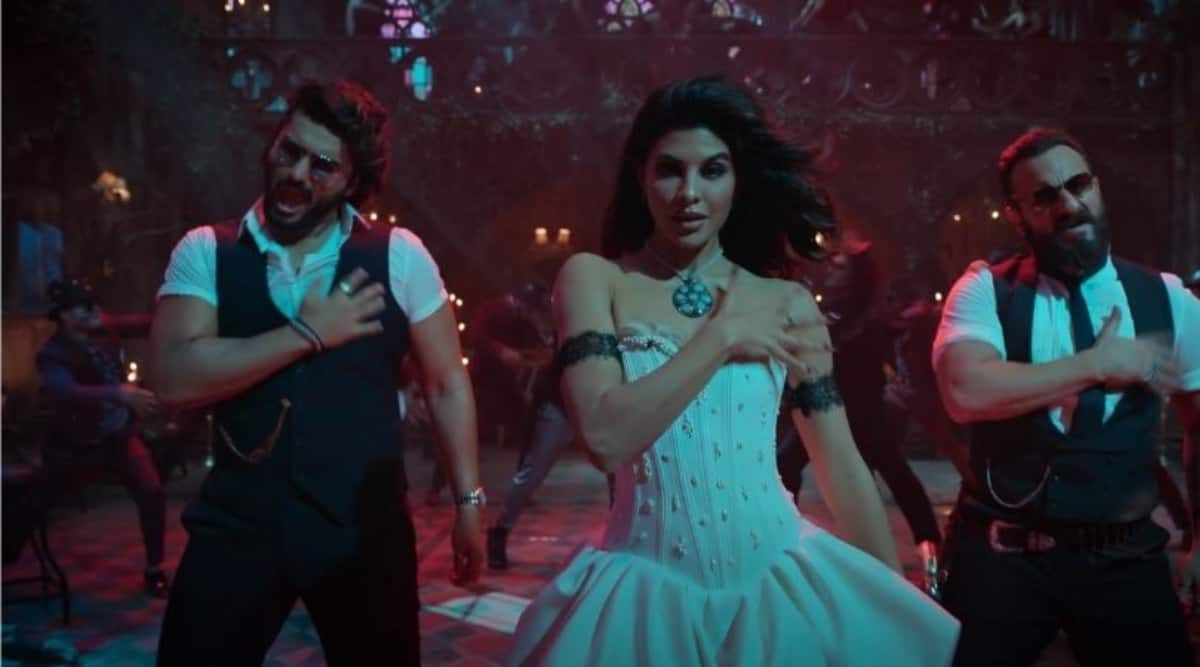 Bhoot Police’s new song Aaye Bhoot Police featuring Saif Ali Khan, Jacqueline Fernandez and Arjun Kapoor, promises the spooks but with a rather Bollywood twist. In the new music video, Saif, Jacqueline and Arjun dance to the catchy tune with new horrors — Zombies, goth and corpse brides. They’re not entirely terrified, by the looks of it, and seem to have a rather if-you-can’t-beat-them-join-them attitude. Saif also poses with a skull, while Arjun flings his jacket into oblivion. The title song has already got our attention, and the makers are doing their best to keep the buzz going with all things creepy.

At a recent media interaction, Arjun called himself a fan of Saif and said he was excited about sharing screen space with him. He said, “I was quite excited to work with Saif because I am a huge fan and I was an assistant on the sets of Kal Ho Na Ho, too. Initially I was a little apprehensive but working with Saif was a breeze.” In the film, Saif plays a fake baba Vibhooti who lives a lax life, while Arjun plays Chiraunji. Together, the two of them have to ward off ghosts and witches.

Bhoot Police is all set to release on Disney+ Hotstar on September 17.