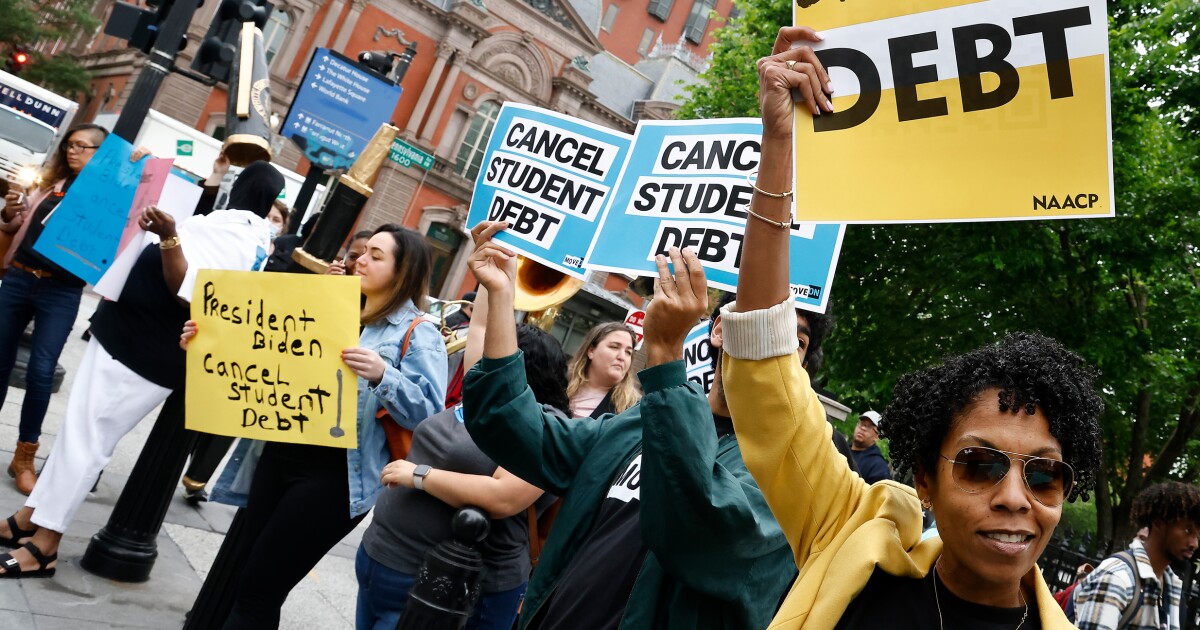 fter a year and a half of speculation and waiting, the Biden Administration finally released its plan for student-loan forgiveness right as fall classes are starting on many campuses. While details are still coming out, the three key components include forgiving up to $10,000 in debt for all student borrowers and $20,000 for Pell Grant recipients, an additional suspension of payments through the end of 2022, and a proposed income-driven repayment program that is far more generous than current plans.

After reading the plan, my attention turned to what is going to happen next. Here are the five questions that I am considering.

Will borrowers actually experience forgiveness? The first hurdle that the plan has to clear is in courts across the country. Although the Department of Education released a memo saying that it has the authority to cancel broad swaths of student-loan debt, this authority is likely to face scrutiny from conservative-leaning judges. It would not be surprising if forgiveness is at least delayed by an injunction, and it is possible that the Supreme Court will consider this action to be an overreach of executive authority. If that occurs, expect chaos as borrowers will have made choices based on forgiveness that was later taken away.

Will payments resume in January? The Biden Administration announced a seventh extension to the March 2020 pause in student-loan payments while also emphasizing that this will be the final extension. But Education Department officials have called other extensions “final” before changing their mind, and observers on Twitter are comparing this label of “final” to the umpteenth version of a student’s final paper. In order for payments to resume smoothly, student-loan servicers need to begin contacting borrowers months in advance of the restart. That would make October a prime month for contacts, which is not exactly the message that Democrats want to send a key voting bloc right before the election. At this point, I will believe that payments are resuming when it actually happens.

Will students and colleges expect more forgiveness in the future? Ten years ago, the idea of canceling any student debt was far outside of the political mainstream. But it just happened with a president who is frequently criticized by progressives for being too cautious and conservative. Advocates are still pushing the Biden administration for additional cancellation, and there will be immense pressure in future Democratic presidential primaries for candidates to announce large-scale loan-forgiveness plans that go well beyond what the Biden team just announced. I expect at least some borrowers to be banking on future forgiveness, which removes incentives to repay loans early and may lead some people to try to avoid paying at all. While there is at most a modest relationship between federal financial aid and college prices, the expectation of future forgiveness may be a selling tool for colleges as they try to recruit students.

Will Washington try to hold colleges accountable for student debt? Without a serious effort to make college affordable for students, student-loan balances will jump right back up to current levels within a few years. The White House’s fact sheet notes that Obama-era gainful-employment regulations will very likely be restored, although colleges would not face sanctions until 2027, because the Department of Education will miss a key deadline. There are also promises of a list shaming colleges with high debt burdens, similar to an existing list of colleges with high tuition prices. Research by Dominique Baker of Southern Methodist University found that the list had no effect on future tuition prices, and a similar list for debt would most likely be ineffective. So barring major action from Congress, expect student debt to climb once again.

What happens when Republicans take over? It’s safe to say that congressional Republicans are not fans of this action. House Republicans have introduced a bill that would sharply limit income-driven repayment programs, curb graduate-student lending, and ensure that the Department of Education could not forgive student loans. Conservative thought leaders have even proposed ending the federal student-aid program (including Pell Grants) and trying to repay taxpayers by taking money from institutional endowments. Complete Republican control in Washington may be several years away, but sharp limits on federal student loans look like a distinct possibility.

My advice to borrowers and college leaders is to hold tight right now, as there are still a lot of unknowns about the details of this unprecedented announcement and uncertainly about what will survive a legal challenge. But as a new academic year starts across the country, it is clear that higher education is in the spotlight.