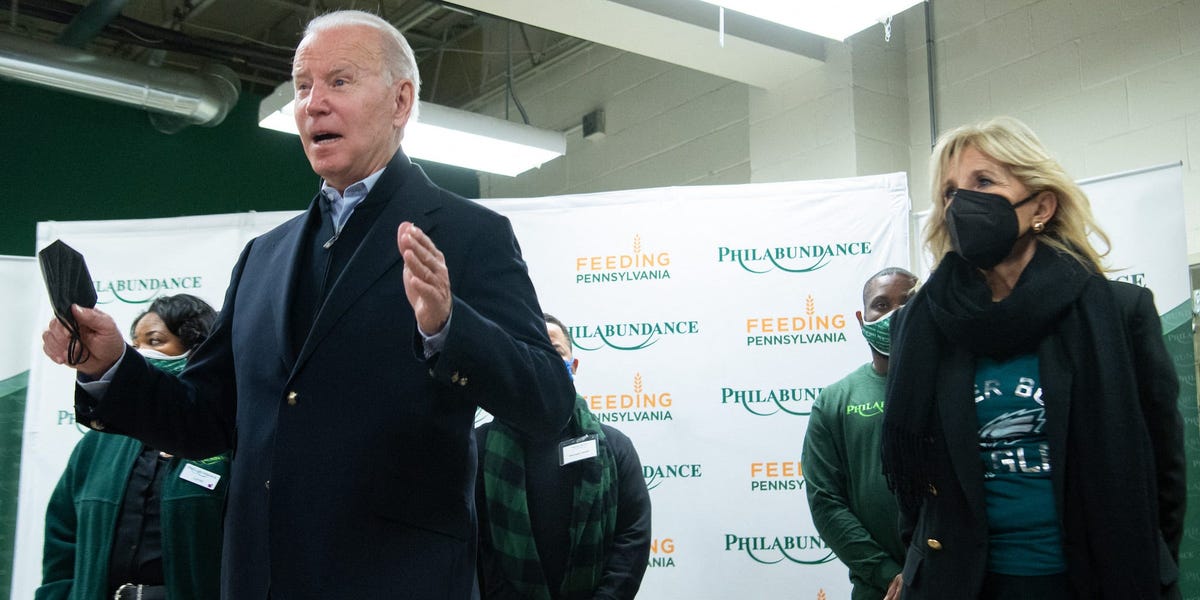 President Joe Biden said the man who took four people hostage at a synagogue in Colleyville, Texas, on Saturday purchased his gun on the street.

In a press statement, Biden said Akram had been in the US for only a few weeks and had spent his first night in a homeless shelter.

Biden said he doesn’t have all the details yet but speculated that Akram might have “purchased it from an individual in a homeless shelter or a homeless community,” because that’s where he said he was.

While Akram alleged he had bombs, the president said there were none “that we know of.”

Biden added that while background checks are “critical” they don’t work when someone buys a gun off the street.

“But you can’t stop something like this if someone is on the street buying something from somebody else on the street.  Except that there’s too — there’s so many guns that have been sold of late; it’s just ridiculous,” Biden said. “And it’s because of the failure of us to focus as hard as we should and as consistent as we should on gun purchases, gun sales, ghost guns, and a whole range of things that I’m trying to do.”

The hostage situation lasted for 11 hours. The synagogue was live-

, authorities said, when Akram entered and took the four hostages.

All four were released unharmed and Akram was killed at the scene. No details about his death have been released.

Biden said he did not know the specific motive behind the attack or why the specific synagogue was targetted. FBI Special Agent in Charge Matt DeSarno said that Akram was focused on an issue not linked to the Jewish community, AP reported.

“Well, no, I don’t. We don’t have — I don’t think there is sufficient information to know about why he targeted that synagogue or why he insisted on the release of someone who’s been in prison for over 10 years, why he was engaged — why he was using antisemitic and anti-Israeli comments. I — we just don’t have enough facts,” Biden said.

Akram reportedly made demands that convicted terrorist Aafia Siddiqui, dubbed “Lady Al-Qaeda,” be released from the Carswell Air Force Base in Texas, during the hostage situation.

Siddiqui is serving an 86 year sentence after being convicted for attempting to kill a US soldier in 2010.