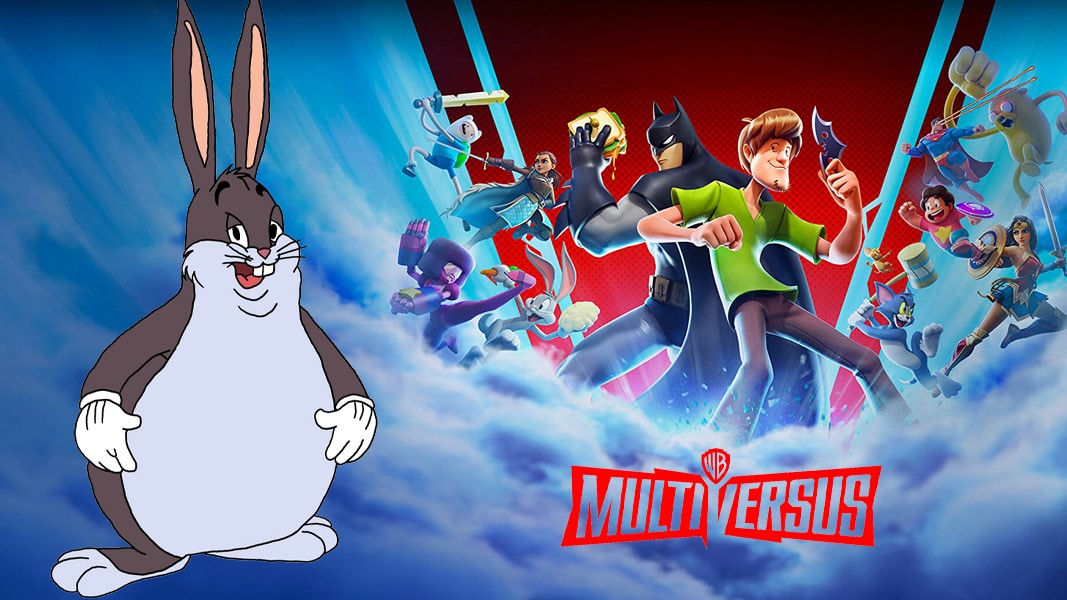 Fresh leaks hint at Big Chungus coming to MultiVersus, with the overweight version of Bugs Bunny now trademarked by Warner Bros for its use in a video game.

The success of MultiVersus has caught large portions of the gaming community by surprise.

While some issues have surrounded character balancing, Season 1’s recent launch is set to work towards solving early issues with the title, which only went into open beta some weeks ago.

However, fresh leaks suggest a new character is coming, this time in the form of Big Chungus, the meme rabbit that has proved incredibly popular on the internet.

On August 27, it was noticed by VGC reporter Andrew Marmo that Warner Bros – MultiVersus’ publishers – have trademarked Big Chungus for use in a video game.

According to the trademark, it was filed on August 26 and enables Warner Bros to use Big Chungus’ name and likeness in a video game, thus sparking MultiVersus rumors.

Big Chungus is a meme version of Bugs Bunny, becoming popular amongst internet users in late 2018.

Since then, BC has featured in the mobile game Looney Tunes: World of Mayhem, so it wouldn’t be completely unprecedented if we see the overweight rabbit in MultiVersus.

Needless to say, the leak does not confirm the rabbit’s addition into the fighting game, with much still liable to change moving forwards.

It will remain unofficial until confirmed by Warner Bros or Player First Games. However, all signs do suggest the character pool which already includes Wonder Woman, Bugs Bunny, Rick Sanchez and Shaggy Rogers is about to get one bigger.