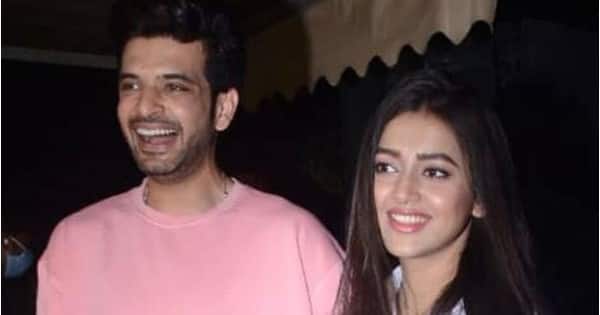 Karan Kundrra and Tejasswi Prakash’s wedding has been in the news since the time they have come out of the Bigg Boss 15 house. The couple has also spoken about the wedding multiple times. In one of his interviews, Karan stated that Teja is quite busy to get married. Even Tejasswi had said that it will happen at the right time and when it has to happen. However, now looks like we might get to hear the wedding bells soon. Also Read – Kartik Aaryan, Shahid Kapoor and more Bollywood actors spotted with trendy sweatshirts today – who’s your pick for the coolest dude? [View Pics]

On the work front, Karan was last seen as the host of Dance Deewane Juniors, and Tejasswi is currently impressing one and all with her performance in Naagin 6. The couple was in the news a few days ago as a video of them kissing had gone viral from a party.

While TejRan fans were going gaga over the video, a few netizens trolled them for going over the top with their PDA. We wonder what Karan and Teja have to say about being trolled.

Karan and Tejasswi have always grabbed attention with their PDA. They get spotted by paparazzi quite often, and their videos have gone viral multiple times. Their wedding was also a topic of discussion in Dance Deewane Juniors.

When Varun Dhawan had come on the show to promote his film JugJugg Jeeyo, the actor on national television asked Tejasswi whether she will get married to Karan or not. Well, it looks like Karan and Tejasswi’s marriage has surely become an interesting topic for everyone to discuss.