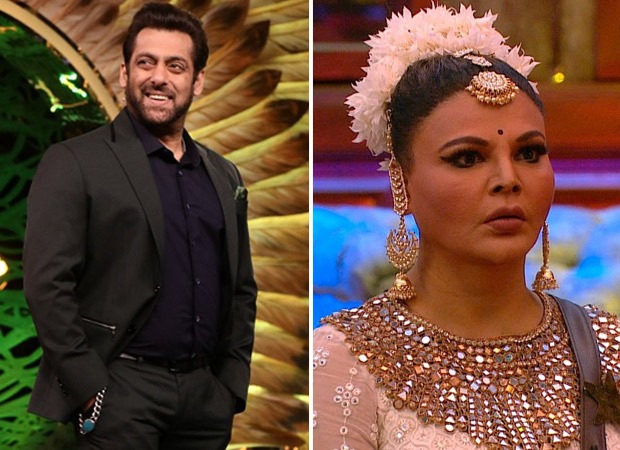 Every contestant has been fighting tooth and nail every day to secure a place in the finale by becoming a VIP on Bigg Boss 15. To turn up the heat in this ‘Weekend Ka Vaar’, former contestant Gauahar Khan enters the house and gets the ball of fire rolling. She asks the housemates to name the person who they don’t believe to be their competition and doesn’t deserve to be in the ‘TOP 3’.

As the task begins, Tejasswi and Nishant promptly begin locking horns as she names the latter and adds that he doesn’t have any identity in the show. “Inhone aaj tak koi strong connect nahi banaya hai sivay unke OTT friends ke saath”, she states. Nishant fires back and says, “Inhe na game ki samajh hai, na yahaan rehne ki samajh!” As their battle of words rages on, it will be intriguing to see whether their fight will evolve into another strong rivalry of this season.

Soon after our ‘Dabangg’ host Salman Khan enters the stage and wastes no time in schooling the contestants on their behaviour seen in this past week. The first in line to face his fire is Rakhi, who has been adding a lot of fuel to the fire between her fellow housemates. Salman asks her, “Aapko itna sab kuch kaise pata hai? Aur jo show ko conduct kar raha hai, unko bhi nahi pata?”.

The host then goes after Tejasswi, who has been picking a fight with everyone this week. Salman questions her on why she believes that everyone is against her, and eventually uses it to play the sympathy card. She has also been raising questions on the channel itself which has not gone down well with Salman. He grills her saying, “Aap is channel ke baare mein kosti rehti ho. Aapka har kosna dikhaya jaa raha hai, jo public ko bilkul pasand nahi aa raha!” Tejasswi tries to defend herself, but a furious Salman is in no mood for her excuses.