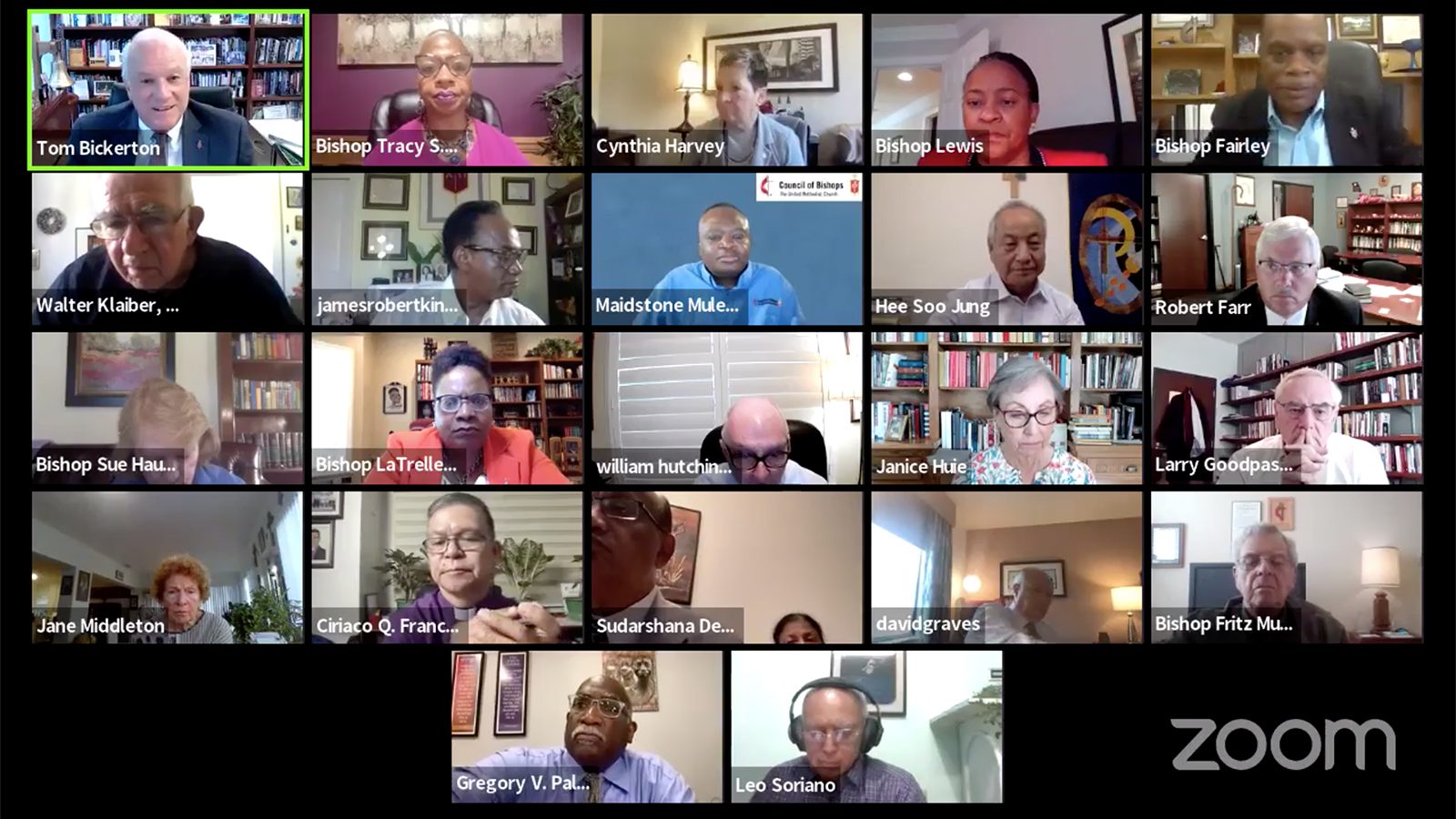 (RNS) — In his first official address as president of the United Methodist Church’s Council of Bishops, Bishop Thomas Bickerton of the New York annual conference called out conservative groups that are encouraging United Methodist churches to join a splinter denomination, citing divisive rhetoric and “accusations and statements that are just not true.”

Bickerton accused the Global Methodist Church, a Methodist denomination launched earlier this year, and the Wesleyan Covenant Association, a network of theologically conservative United Methodists, of winning new churches to their movement with fear.

“I want to urge you to stop this tactic of trying to coerce people to join your effort by making them afraid of or angry with the very church that gave them life. I would invite you, as I have for the past two years, into a collaborative, grace-filled engagement in how God might work in the midst of our disagreements and rise above the tactics that look more like a primary race for public office then a compelling race to give salvation in all and with all,” he said.

“It damages our public witness as Christians and does little to invite people into the hope-filled story of God’s love,” Bickerton added Monday (Aug. 22) during an open session of the Council of Bishops’ summer meeting, which was streamed live on Facebook.

His remarks come as the Wesleyan Covenant Association has called on its members to withhold membership payments known as apportionments to some regional annual conferences, as Methodists call their administrative jurisdictions. The WCA believes those conferences are making it difficult for churches to disaffiliate from the United Methodist Church and join the Global Methodist Church, the splinter denomination fostered by the WCA. 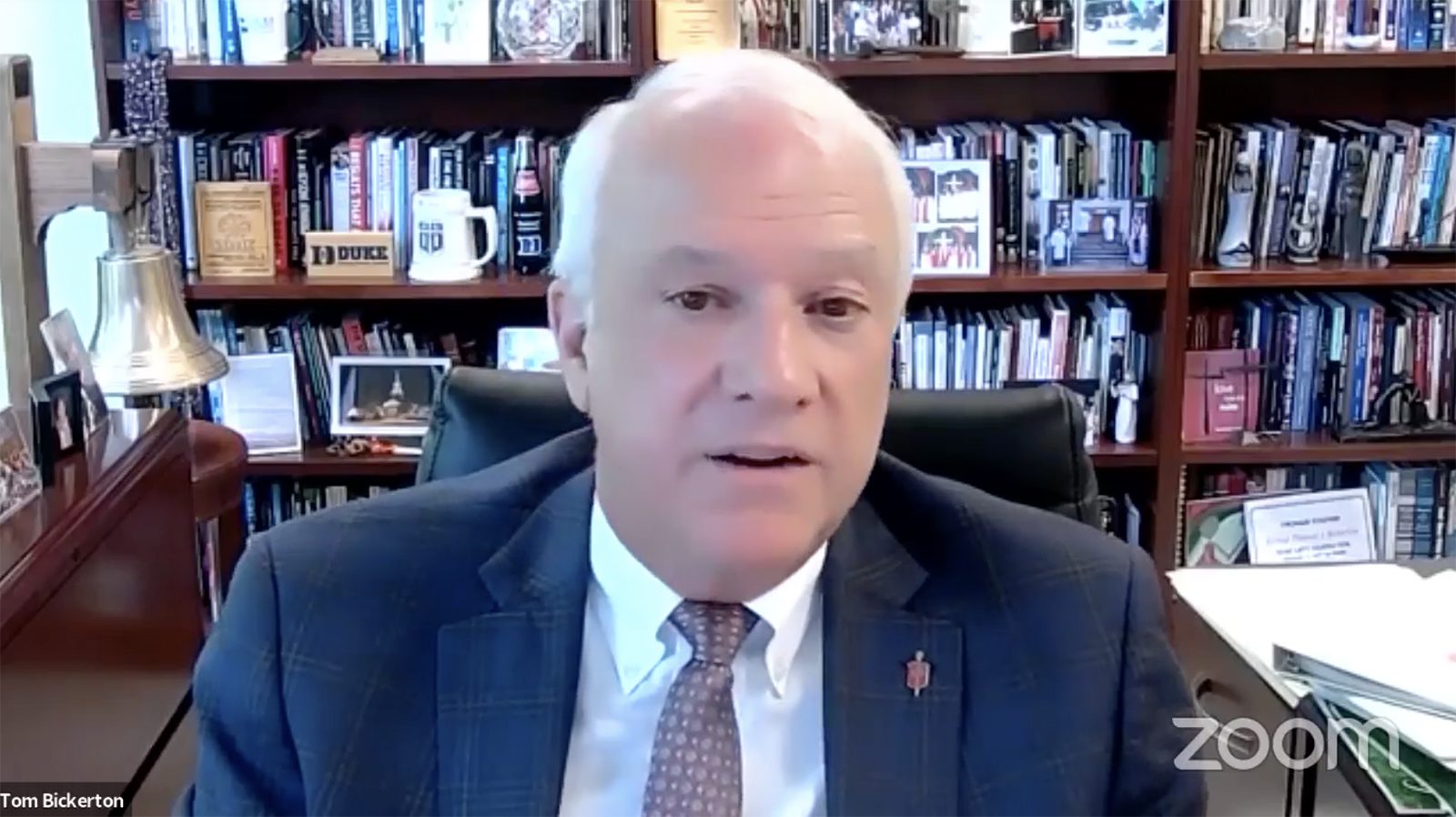 The association has also encouraged its members to file complaints against clergy who have violated the denomination’s Book of Discipline by officiating weddings for same-sex couples or by being openly gay themselves. WCA leaders had agreed to a moratorium on such complaints and church trials while waiting for the United Methodist Church’s General Conference to take action on a proposal to amicably split the denomination, largely over disagreement on the ordination and marriage of its LGBTQ members.

It had brokered the proposal, known as the Protocol of Reconciliation and Grace through Separation, with several bishops and leaders of moderate and progressive advocacy groups.

But as the General Conference’s 2020 meeting was delayed by the pandemic to 2021, then 2022 and finally to 2024, some conservatives went ahead and launched the Global Methodist Church. Moderate and progressive groups, meanwhile, announced they no longer believe the proposal is the best way forward.

“If progressive leaders no longer wish to keep their word and no longer believe the Protocol is viable, we consider the moratorium against church complaints/trials to no longer be viable and therefore at an end,” WCA President Jay Therrell wrote in a post on the association’s website on Friday.

More than 300 United Methodist churches disaffiliated from the denomination at this summer’s annual conference meetings, according to The Tennessean.

Other congregations have taken legal action. Thirty-one churches in western North Carolina have demanded they immediately be allowed to disaffiliate from their annual conference, and more than 100 churches in Florida have sued to do so.

Bickerton, who was elected in November and took office earlier this year, responded Monday in his presidential address, saying: “As you encourage people to stop paying apportionments and start filing complaints, I want to encourage and call upon all United Methodists to stop listening to negative rhetoric and start filing earnest prayers for one another in an act of humility and grace.

“Can we not be better than this?”

Bickerton asked bishops not to respond in kind, not to be reactive, but to focus instead on what the next expression of United Methodism might look like.

“Has God not opened the door for us to walk into Methodism’s next expression? I do not doubt that,” he said. “But the real question is whether or not we will have the courage to walk through that open door.”

The Council of Bishops meeting runs through Friday. In addition to conversations about disaffiliation, bishops will discuss new bishop orientation for the first time in six years and how to respond to issues such as gun violence.