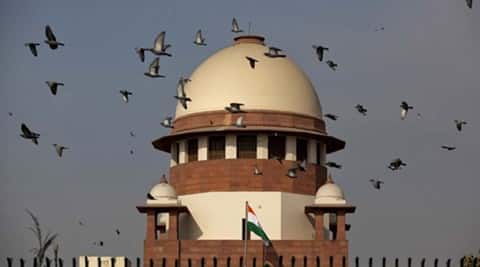 The Supreme Court quashed the President’s rule imposed in Arunachal Pradesh and restored the Congress government.

The Bharatiya Janata Party Wednesday termed the Supreme Court decision to restore the Congress government in Arunachal Pradesh as “strange”. The party said the apex court verdict raises a question as to whether it strengthens democratic spirit or weakens it.

“It is a strange SC order as it asks the person with a majority to sit in Opposition and the one with minority support to run the government,” said
BJP national secretary Shrikant Sharma.

Earlier today, a five-judge Supreme Court bench quashed the President’s rule imposed in Arunachal Pradesh and all the decisions taken by the Governor leading to its imposition. The bench called the actions of Governor J P Rajkhowa as “illegal” and violative of the Constitutional provisions.

Even as the top court was hearing the matter, the proclamation was lifted and rebel Congress leader Kalikho Pul was sworn in as the Chief Minister of the new government.This is the first order by the Supreme Court reinstating a government in a state even after it had been replaced by a new government.