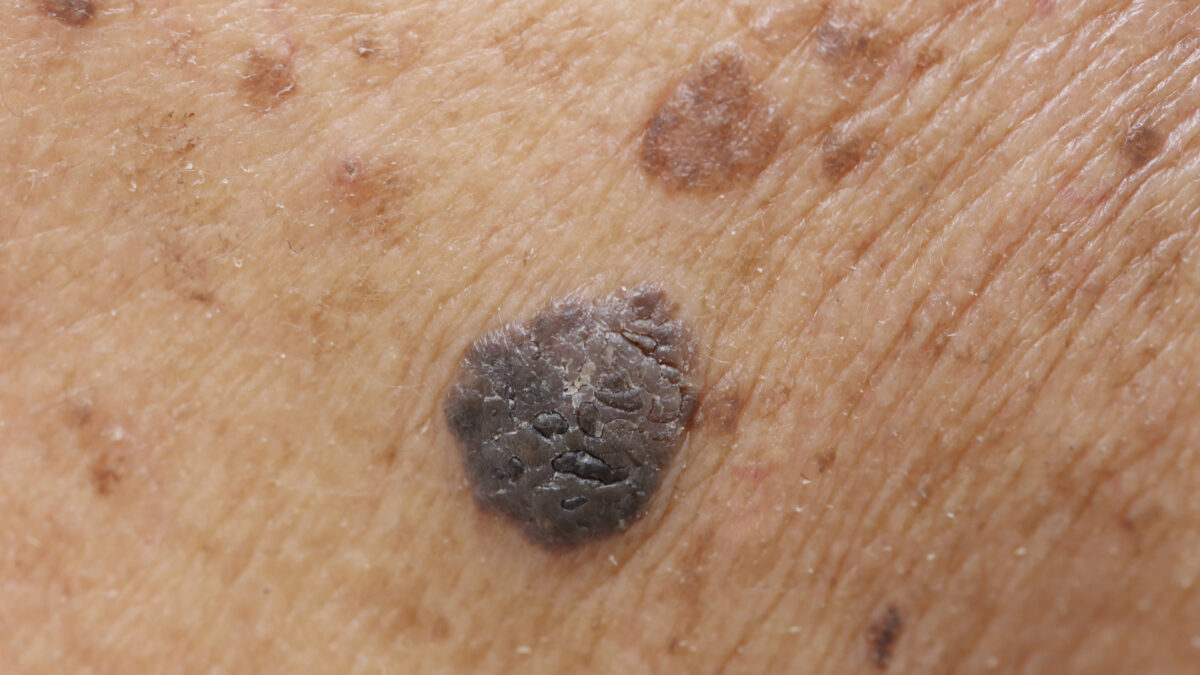 Is black salve, a paste made from bloodroot, safe and effective for the treatment of skin cancer?

“Despite warnings from the American Academy of Dermatology and being listed as a ‘fake cancer cure’ by the FDA, black salve is still promoted on the internet through anecdotes and unsubstantiated claims as a natural alternative remedy for skin cancers…and a variety of additional ailments.” As I discuss in my video Black Salve as an Alternative Cancer Cure, it typically contains a caustic chemical called zinc chloride, as well as bloodroot, a native herb that can be thought of as poison ivy on steroids. It’s ironic that people seek it out as a “natural” therapy when it mostly just may be a stew of caustic chemicals that form a pasty “corrosive topical agent capable of indiscriminately damaging healthy and diseased tissue alike…” Not surprisingly, that’s not what the claims on the internet say. Although black salve is touted as a selective treatment that only kills off cancer cells and abnormal tissue, the exact opposite is true in some cases. Some cancer cells resist the damaging effects even better than do normal cells. Indeed, normal skin cells can be more vulnerable to the toxic effects than cancer cells. When tissue samples are taken from lesions from black salve treatments, the damage to normal tissue is readily apparent.

It can burn right through and leave you with like an extra nostril, as you can see at 1:19 in my video, or, even worse, one less nostril. This isn’t just “buyer beware,” but viewer beware, as some of the images I show at 1:30 in my video are graphic. For example, you can see an image showing someone who burned off part of their face. If black salve is applied to the nose, you could just be left with cosmetic defects, but if you put it on your face, it may eat all the way through, down to an artery. The irony is that when users were asked why they decided to order black salve off the internet, they said it was because they were fearful “of pain, scarring, and treatment failure with conventional techniques,” but then many ended up with “disfiguring” deformities. In contrast, after conventional treatment surgically removing skin cancers, about nine out of ten reported satisfactory cosmetic results.

About three quarters of black salve users surveyed “were unaware of the potential side effects of black salve treatment.” Okay, but does it work? “Because of its escharotic [tissue-sloughing] character, corrosive black salve products may destroy both cancerous and healthy skin to a degree that eradicates the local cancer, but leaves an aesthetically unpleasing result. In addition, without a biopsy, there can be no guarantee the cancer has been completely eliminated. If residual cancer cells persist, the risk of recurrence and/or metastasis remains.” And, that’s probably the biggest concern. People tend to think that if the mole or lesion goes away, the cancer is gone, but that may not be the case. “Malignancy may persist under black salve scar tissue and extend subcutaneously [under the skin] before becoming clinically apparent.”

For example, there was a case study of a woman “diagnosed with superficial spreading melanoma who decided to treat the lesion…[with] black salve,” against her dermatologist’s advice. By the time she was seen again, a few years later, the melanoma had spread to her lymph nodes, lungs, and liver. Had she been treated earlier and had it removed, her prognosis would have been good: nearly a 90 percent chance of “10-year disease-free survival.” But, when she returned after it had spread, the “ten-year survival prognosis for Stage 4 melanoma (lung metastases) [was] 2.5%.” From 90 percent to less than 3 percent.

That’s the second irony. “Conventional allopathic medicine has an extraordinary proven track record of successful treatment for skin cancer.” Skin cancer is one of the few cancers we’re really good at curing. We can catch it so early because we can actually see it emerge and so easily cut it out. So, conventional surgery has up to a 99 percent cure rate for basal cell carcinoma, the most common type of skin cancer, and is about 95 percent successful for squamous cell carcinoma, and is up to 90 percent effective for the most common type of melanoma. “With escharotic therapy [like black salve], there is no scientifically documented proof of efficacy”—period, since there have never been any clinical trials. So, all we’re left with are glorified anecdotes with “outcomes ranging from patient satisfaction, unacceptable scarring, to invasive recurrent tumor to ulcer complications to death due to delayed definitive treatment.”

So, why do people use black salve? Well, why do cancer patients seek out alternative therapies in general? Yes, some of it is due to “misinformation,” that is, getting duped by snake oil salesmen, but a lot of it may stem from “negative experiences” with the current medical system. Many of those who refused conventional therapies described their oncologists as “‘intimidating,’ ‘cold,’ ‘uncaring,’ ‘unnecessarily harsh,’ ‘thinking they were God,’ and ‘not even knowing [their] names.’ Some…said their physicians became adversarial when questioned about treatment recommendations.” Of those who refused conventional therapy, “almost all described the way they were treated as impersonal, and few believed their doctors were working in their best interests. Refusers said they left conventional medicine in search of more caring practitioners who offered hope, encouragement, and less toxic treatment.” Looking back, many said that “a better first experience with their physicians might have made a difference in the treatment path they ultimately chose. They said they would have been more likely to accept conventional treatment earlier had they felt they had caring physicians” who treated them with respect.

I wish I had more skin cancer videos. For now, though, check out my:

PS: If you haven’t yet, you can subscribe to my free videos here and watch my live presentations: