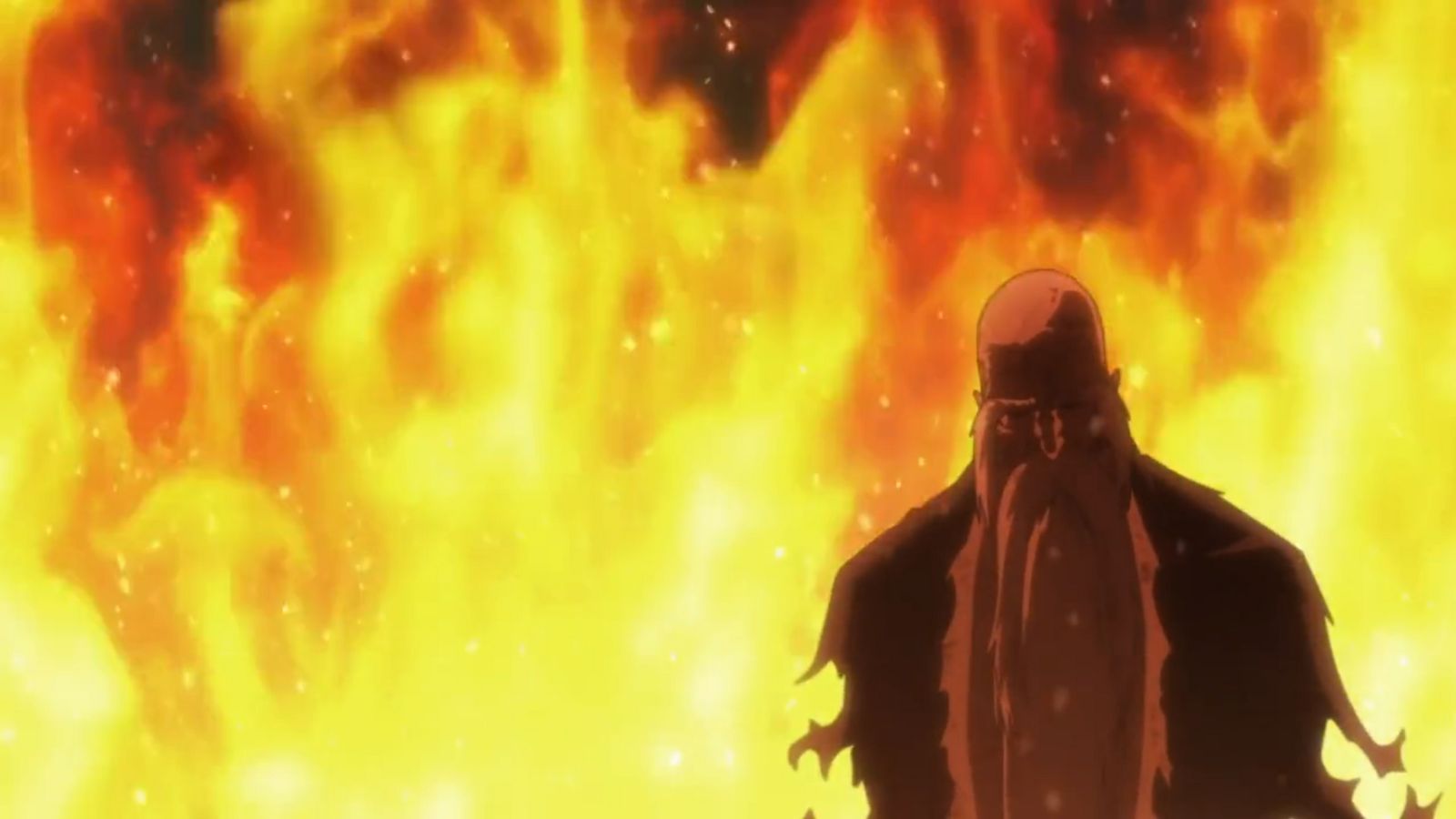 Bleach Thousand Year Blood War episode 6 focuses primarily on Captain Yamamoto, the leader of Soul Society, as he faces off against the king of the Quincy.

The sixth episode of Bleach Thousand Year Blood War centers primarily around Captain Yamamoto and his fight against Yhwach. While they battle, the very climate of Soul Society begins to change, showcasing the sheer power present.

The two respective leaders face off in a heated battle. Captain Yamamoto reveals his Bankai for the first time, essentially turning all of Soul Society into a heated oven. His Bankai is called Zanka no Tachi, and traps all of his flames into his blade.

This initial portrayal of his power goes in a different direction from the typical power expressions normalized in Bleach. Instead of massive fires and explosive aura, the atmosphere becomes eerily calm. The air sits heavy, crackling from the intense heat.

After trading some blows, Captain Yamamoto reveals yet another transformation: Zanka no Tachi, West, Zanjitsu Gokui. This ability allows Yamamoto to create an army of undead from the ones he killed in the past. And though a cool ability, it’s at this point the episode’s weakness blatantly glares.

When compared to the other fights in Bleach Thousand Year Blood War, this particular one feels drawn out. The entire episode is essentially dedicated to this fight.

The animation quality tanks, evident through Yamamoto’s various flames, and all the cool powers Yamamoto showcases end up being completely useless.

The leader of Soul Society uses all his power to strike down Yhwach. His attack slices Yhwach in half, and Captain Yamamoto boasts of his victory.

But it ends up being an imposter, and Yamamoto is left powerless to fend against the real Yhwach after he exhausted his energy to take down the random goon.

This renders all the previous scenes in the episode essentially worthless. Yamamoto’s incredible Bankai and his death-defying abilities all end up being utterly useless, serving only as a power flaunt for Soul Society’s leader before he is forever dead in the series.