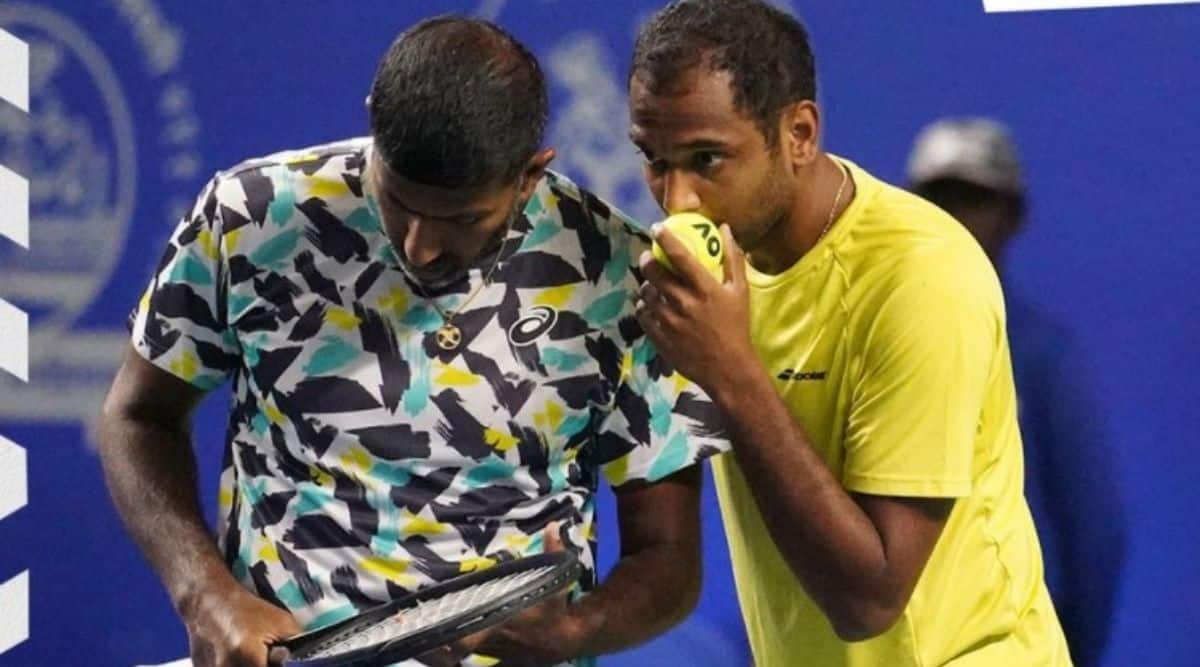 Indian pair of Rohan Bopanna and Ramkumar Ramanathan advanced to the doubles semi-finals, but it was curtains for Yuki Bhambri in singles second round at the 2022 Tata Open Maharashtra at the Balewadi Stadium here on Thursday.

Bopanna and Ramkumar defeated Austrian-Czech duo of Alexander Erler and Czech Jiri Vesely 7-6(7-3) 7-6(7-4) in the quarterfinals.

Bopanna and Ramkumar, playing their second ATP event together at the fourth edition of South Asia’s only ATP 250 tournament, will now meet Sadio Doumbia and Fabien Reboul. The French duo entered last four round with a hard-fought win against Federico Gaio and Lorenzo Musetti 4-6 6-3 10-2.

Another Indian pair of N Sriram Balaji and Vishnu Vardhan will also be seen in the semifinals after their opponents, Gianluca Mager and Emil Ruusuvuori withdrew from the last-eight match due to an injury to the former.

#TataOpenMaharashtra Doubles semifinalists, Sriram Balaji and Vishnu Vardhan have a crack at the Bowl Tennis Challenge.

The Indian duo, which entered the main draw as an alternate pair, defeated compatriots Arjun Kadhe and Purav Raja 6-1 6-4 in the opening round played late on Wednesday night.

However, it was curtains for comeback man Yuki as he suffered a 3-6 2-6 defeat against eight seed Stefano Travaglia of Australia in the singles second round.

Earlier in the day, Sweden’s Elias Ymer stunned top-seed and world no 15 Aslan Karatsev of Russia in straight sets to storm into the singles quarterfinals.

Ymer handed Karatsev a shocking 6-2 7-6(7-3) defeat in a second round match that lasted for one hour and 36 minutes.

The 25-year-old Ymer, who came through the qualifiers, started the game well and took an early 3-1 lead against Karatsev, who struggled to find his rhythm at the South Asia’s only ATP 250 event.

With 76 per cent of service points won, compared to Karatsev’s 47 per cent, Ymer comfortably bagged the opening set.

The star Russian, who upstaged world no.1 Novak Djokovic on his home court to enter the Serbia Open final last year, tried to forge a comeback but Ymer showed phenomenal reflexes, coupled with some powerful shots to level the scores at 4-4 in the second set.

Ymer then held his serves and forced Karatsev, the first player in an Open Era to reach the Grand Slam semifinal on debut at 2021 Australian Open, to a tie-break.

“I was more focussed on my serves. When you serve well, you always win matches. I think the serve was the key,” Ymer said after his match.

World no. 163 Ymer started strongly in the tie-breaker by racing to a 3-0 lead and then maintained his fine touch to complete a sensational victory.

Sixth-seeded Emil Ruusuvuori also had an easy outing against qualifier Vit Kopriva, securing a 6-3 6-3 victory during a lopsided last-16 contest.