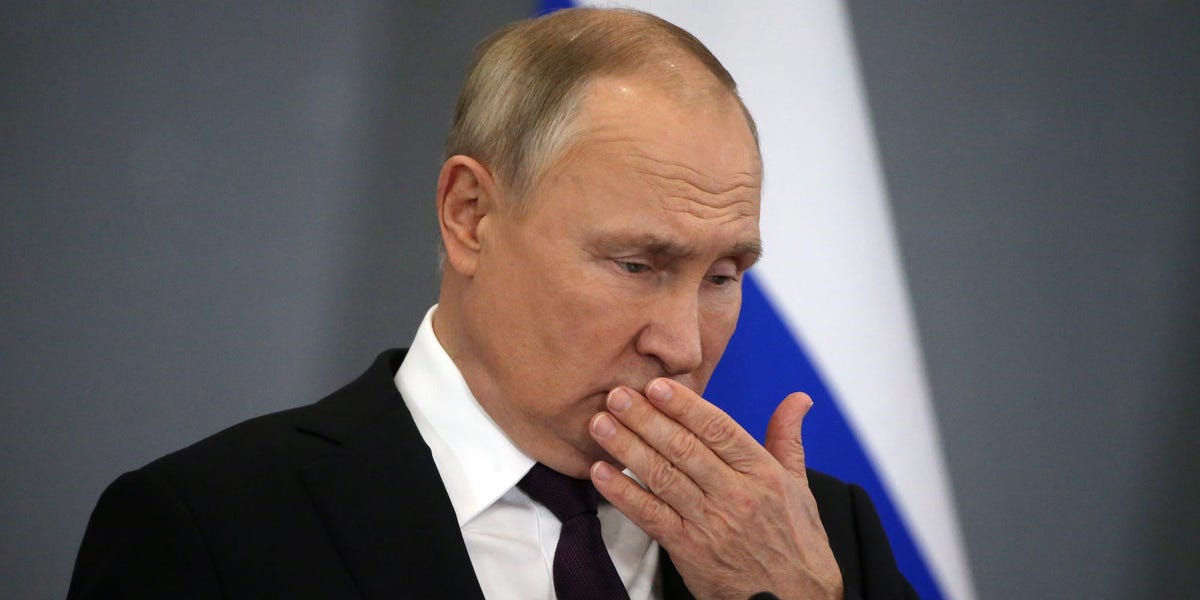 As Russia concentrates its military power in Ukraine, it may be losing control in its Central Asian backyard.

Several Central Asian countries that were once a part of the Soviet Union have fought border clashes in recent weeks. And the Russian troops that once kept the peace between those feuding neighbors? They’re being deployed to Ukraine, where they are suffering heavy losses.

“Russia is already pulling forces out” of Central Asia, Jeff Markoff, a non-resident senior associate at the Center for Strategic and International Studies, told Insider. “So Russia’s capabilities as far as keeping a lid on things in the region are reduced.”

The most recent signs of trouble came in September, when Kyrgyzstan and Tajikistan fought over a disputed border region in clashes that included tanks and artillery. In addition to hundreds of military and civilian casualties, more than 100,000 people were displaced.

But the biggest flashpoint remains the conflict between Armenia and Azerbaijan over the disputed region of Nagorno-Karabakh, which erupted again in September.

In a six-week war in the autumn of 2020, Azerbaijan captured the region after Azerbaijani forces, with help from Israeli and Turkish drones, decimated Armenian forces.

The problem for Moscow is that these warring nations belong to the Collective Security Treaty Organization, a sort of Russian-led version of NATO that comprises Belarus as well as Armenia, Kazakhstan, Kyrgyzstan, and Tajikistan.

In early 2022, 2,500 CSTO troops — most of them Russian — were send to oil-rich Kazakhstan, where they helped the government put down widespread protests against corruption and repression. Russian troops were also stationed in Nagorno-Karabakh as peacekeepers to protect Armenians in the region after the 2020 war.

While Westerners tend to think of “Pax Russica” in terms of Russian dominion over Eastern Europe, Tsarist explorers and armies conquered the patchwork of mostly Muslim kingdoms across Central Asia in the 18th and 19th centuries.

The region broke away after the Tsarist empire collapsed during World War I. After the Russian Civil War, the Soviets waged a bloody campaign to reabsorb Central Asia, which tended to be conservative and anti-Communist.

Russian leaders, including Vladimir Putin, inherited this colonialist mindset, seeing Central Asia (and Ukraine) as part of the Russia sphere. The former Soviet states of Central Asia were also accustomed to Moscow being the big stick in the region.

Russia is perceived as “kind of the main security provider throughout much of the region,” Markoff said. “It’s partially just a reflex on the part of leaders who are themselves products of the Soviet system to look to Moscow to sort out internal and inter-state problems.”

To some extent, the deployment of Russian troops, or threat to do so, has tamped down conflicts.

“The presence of Russian forces — and this almost instinctual deference to Russia — has meant that the Kyrgyz-Tajik conflict, for instance, has been less explosive than it might have been otherwise,” Markoff said. “With the weakening of Russian influence, that conflict now risks becoming worse.”

Russian influence in the region was already receding: Azerbaijan, for example, had broken from Moscow’s orbit and forged close ties with Turkey. Nonetheless, Moscow wants to maintain Central Asia as a barrier against terrorism, drug trafficking, and other ills that it fears might spread into Russia from Afghanistan and other troubled states.

“For Russia, the big issue with Central Asia since the Soviet collapse has been to keep it as a buffer against bad things coming from the south,” Markoff said.

Fallout from the Ukraine war will only exacerbate Moscow’s headaches. For example, more than 200,000 Russians have fled to Kazakhstan since Russia invaded Ukraine in February, including men seeking to evade being drafted into an unpopular war.

Lurking in the background is China, whose influence is spreading across the region — increasingly at Russia’s expense.

“Especially for some of the younger people who have access to more sources of information, or who have traveled more, their perception of Russia and Russian capabilities is going to take a hit,” Markoff said. “That is going to have implications for how willing they are to push back against Russia within their own country.”

Markoff said that for now the conflict between Tajikistan and Kyrgyzstan was the one to watch but that others may arise, pointing to the presence of ISIS in Afghanistan in particular.

“The various actors who are interested in changing the status quo in one way or another see an opportunity for the Russian reverses in Ukraine and the drawdown of Russian forces,” Markoff said.

Michael Peck is a defense writer whose work has appeared in Forbes, Defense News, Foreign Policy magazine, and other publications. He holds a master’s in political science. Follow him on Twitter and LinkedIn.