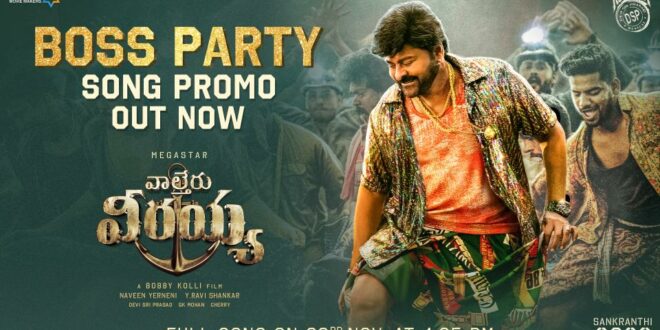 Devi Sri Prasad is one of the top music directors in the Telugu film industry. Over the last two decades, he has delivered many chartbusters songs in Telugu. Especially since he was in the peak stage of his career in the 2000s. For the last few years, DSP has lost his mojo and is unable to repeat the magic he used to create in the past.

Currently, he is composing the music for Chiranjeevi’s upcoming film Waltair Veeraiah. The first song of the film, Boss Party, will be out today in the evening. Ahead of its release, the makers unveiled a promo yesterday.

As soon as the promo was released, it became troll material. Especially, DSP is being trolled for his repetitive and disengaging tune. Netizens are judging the whole song just by this promo and started criticizing DSP. They felt that the promo killed all the excitement the film is building. We have to see what the response will be when the full song gets released later today.

DSP has a huge pressure for this film. He needs to deliver his best to satisfy Chiru’s fans. Otherwise, he may face the wrath of fans on social media.