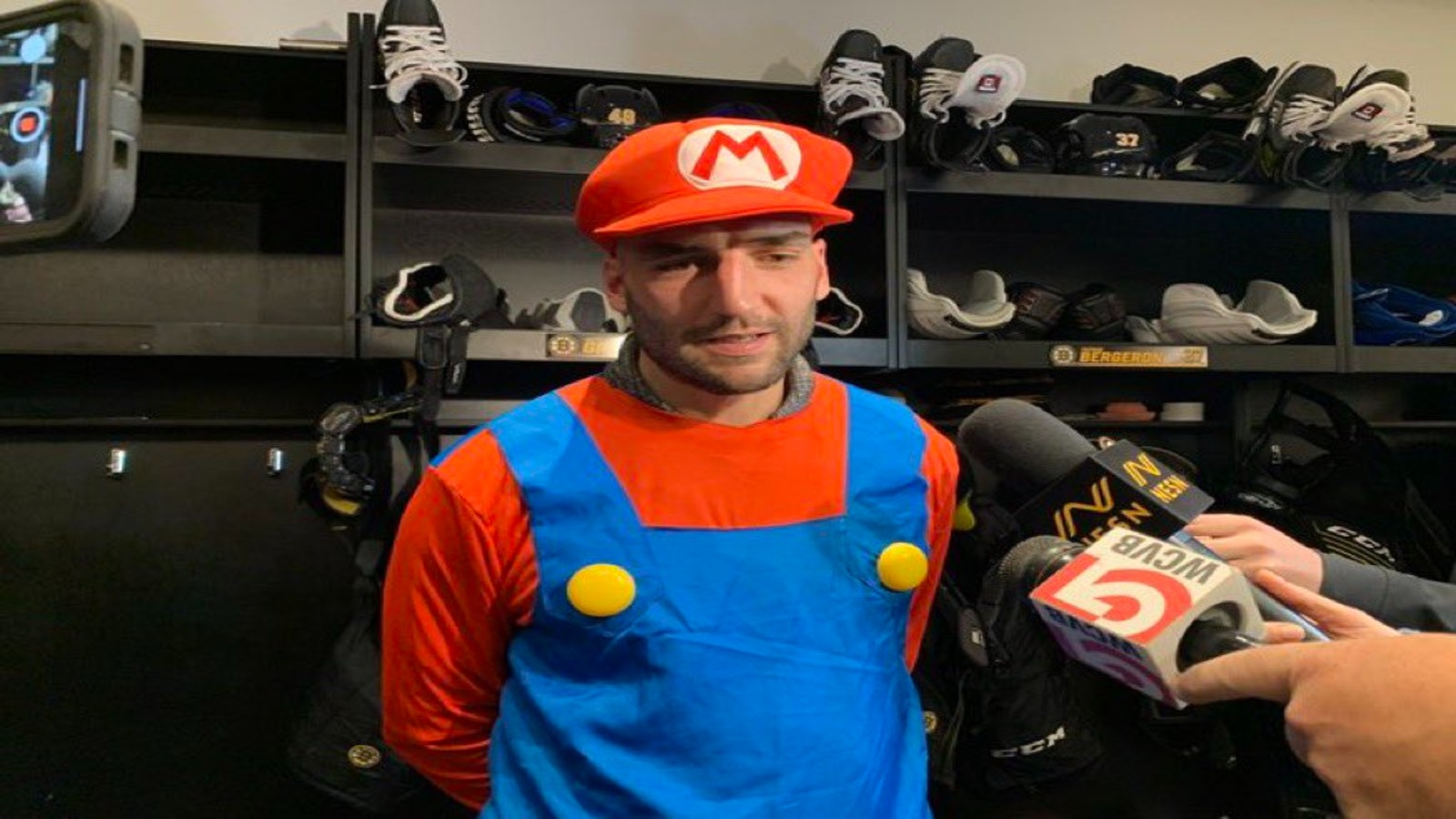 Nobody does Halloween costumes quite like the NHL, and the Boston Bruins’ Mario-themed cosplays will be tough to top.

NHL players are some of the biggest and toughest athletes in professional sports, but that doesn’t make them immune from having fun off the ice. Halloween marks the perfect opportunity for teams to bond over funny outfits.

Whether with family members or teammates, NHL players love a good cosplay like the rest of us.

Boston Bruins players take a trip to the Mushroom Kingdom

Bergeron and Marchand have been teammates since 2009, so the caption “was there any doubt” makes perfect sense for these two stars.

Exemplifying their tight bond Marchand once said, “Bergy has been our best player for 18 years now” and “he’s the backbone of our team.”

Other Bruins players filled up the rest of Mario’s familiar ensemble, including Nick Foligno as Wario, Charlie Coyle as Yoshi, and Brandon Carlo as Donkey Kong. However, Derek Forbort’s Peach cosplay may take home the best costume award.

Some fans were disappointed that Marchand didn’t go as Waluigi instead, but understandably Mario needed Luigi by his side.

All we need now is for the players to suit back up in costume and attend the Mario movie premiere together.