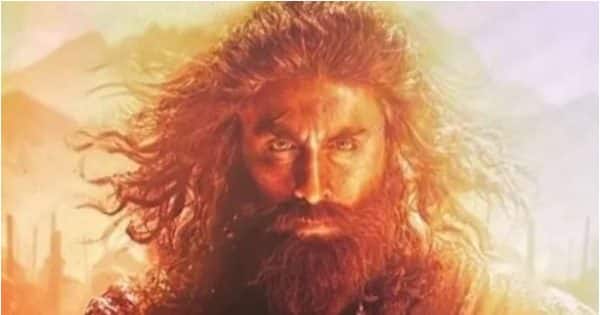 Ranbir Kapoor made his comeback after a gap of four years with Shamshera which also starred Sanjay Dutt and Vaani Kapoor. The film received mostly negative reviews and became a disaster at the box office. It just collected Rs. 42.48 crore. Now, Ranbir Kapoor is gearing up for the release of Brahmastra which also stars Alia Bhatt, Amitabh Bachchan, Nagarjuna, and Mouni Roy. The film’s trailer, songs, and promos have received a great response, and according to advance booking reports, the movie is going to take a bumper opening at the box office. Also Read – BTS members V, Jin, Jimin and others being emotionally engrossed in Pasoori is simply the best video on the internet today [WATCH]

Recently, Ranbir, Alia, and Ayan visited Delhi for the promotions of Brahmastra. At the press conference, when Ranbir was asked about the failure of Shamshera he said that if the film didn’t work at the box office, means the audience didn’t like it. He further said, “The film didn’t work because the content wasn’t good.” Also Read – Brahmastra: Ranbir Kapoor refuses to pose with Alia Bhatt as she has a back pain; netizens say, ‘Promoting pregnancy in Bollywood has become fashion’

Not many actors openly speak about their film’s failure. But, Ranbir Kapoor clearly knows that his last release Shamshera was a disaster at the box office, and that’s why he owns its failure. Also Read – Brahmastra movie review: Ranbir Kapoor, Alia Bhatt’s masterstroke to ensure only ‘honest reviews’ for their film?

2022 has not been a great year for the Hindi film industry. Many biggies like Shamshera, Runway 34, Samrat Prithviraj, Laal Singh Chaddha, Raksha Bandhan, and others have failed to make a mark at the box office. Now, all eyes are on Brahmastra. The makers have gone all out to promote the film. From Mumbai to Delhi to Hyderabad, promotions have taken place in many cities. Recently, Ranbir, Alia, and Ayan also visited Ujjain, and the filmmaker did a puja at the Mahakaleshwar Temple there.

An unstoppable force of ancient Indian astras coming to the big screens near you in just two days! Book your tickets for #Brahmastra now!!!? pic.twitter.com/QiLngzwSZ5

Well, the recent reports suggest that the advance booking of Brahmastra is so good that it might take an opening of Rs. 30 crore, and this would be simply amazing. Let’s hope Brahmastra ends the dry spell of Bollywood at the box office.