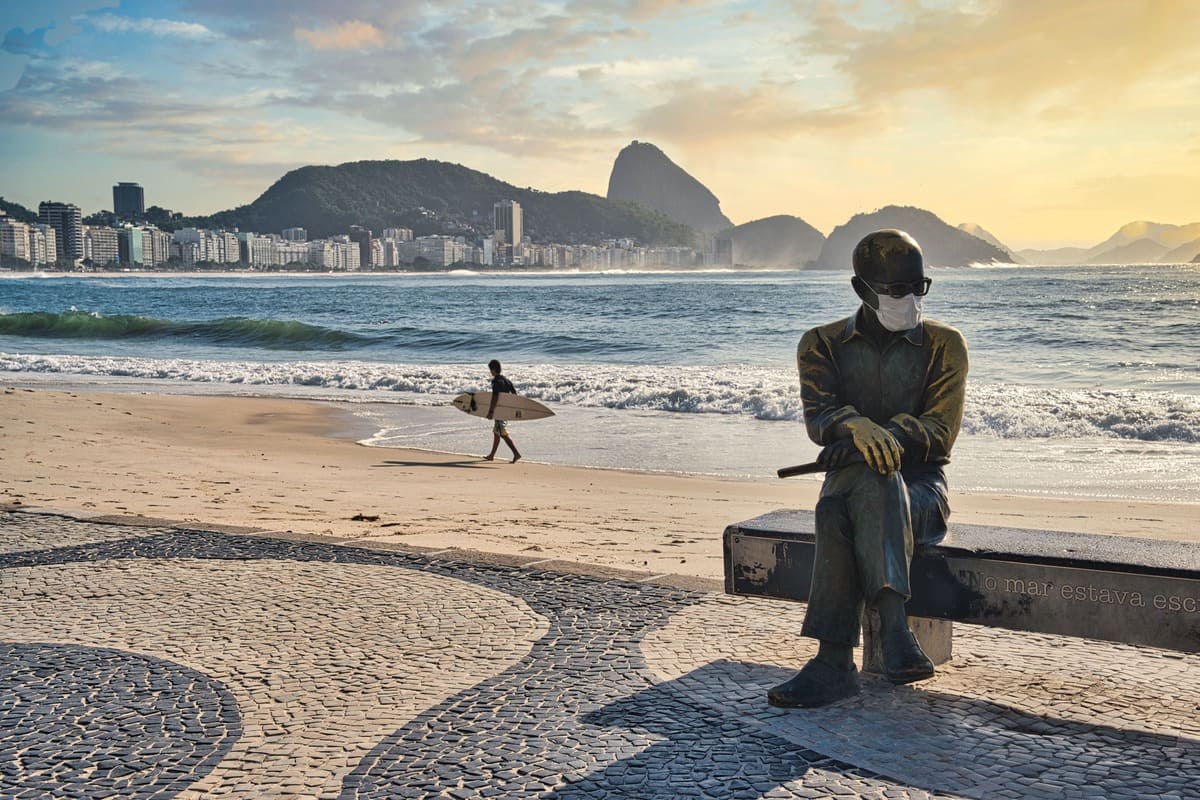 Three months after scrapping mandatory masks, Brazil is taking a step back and reinstating the controversial requirement for travelers. Being one of a handful of destinations that are yet to fully reopen their borders, the country has repeatedly refused to move forward from the health crisis in spite of high vaccination rates and low mortality in recent months.

While South America remained largely open for tourism and business throughout 2020, once immunization began, the region swapped places with Europe and North America in adopting some of the hardest anti-Covid measures yet. Still, to this date, Americans face vaccination discrimination traveling to Brazil and a majority of its neighboring countries.

Sadly, the threat of a new Covid wave has led lawmakers in the country to tighten curbs once again:

Brazil has a vaccination rate of well over 80%, higher than many developed nations in the Northern Hemisphere, and a far more controlled epidemiological curve, but this is not stopping Anvisa, the National Health Surveillance Agency, from issuing new emergency edicts – or showing reluctance in joining others in declaring an endemic phase.

Anvisa is the Brazilian equivalent to the CDC, and alongside the Ministry of Health, they have been responsible for guiding the Government on science-based decision-making throughout the crisis. As reported by G1, health officials have re-issued a mask mandate this week in light of a new wave, which has pushed up the number of deaths compared to last week.

On November 22, the average weekly death rate stood at 65, up 43% compared to the previous seven days. Although current figures represent only a small fraction of earlier waves that have hit Brazil, more specifically Omicron and its sub-variants, cases and deaths are nonetheless rising, and Anvisa has chosen to act swiftly this time.

Fearing cases could spiral out of control amid the World Cup celebrations, Anvisa has taken the precautionary act to require face masks in airports and within airplanes a second time. From November 25, Americans flying to Rio de Janeiro or Sao Paulo will be expected to wear an appropriate facial covering upon boarding the plane, as well as upon arrival at their point of entry.

Mr. Antonio Barra Torres, President of the health entity, insinuated it was a joint decision between Anvisa and other specialists in the field, such as the Brazilian Society of Infectious Diseases (SBI in Portuguese) and the National Council of Health Secretaries (Conass). At this point, air passengers seem to be their main target.

The written mandate is yet to be published at the time this article was written, but based on the information provided, the ruling applies only to air travel. Naturally, different Brazilian states have the autonomy to incorporate, expand on, or completely disregard certain rulings, much like the autonomous states of the U.S.

The requirement above concerns the whole of Brazil, but mask rules in other settings may vary depending on the destination. In the state of Minas Gerais, facial coverings are now mandatory in all public transportation, including taxis; on the other hand, some municipalities in the state of Rio have re-issued mask mandates for hospitals only.

In general, tourists can expect mask rules to become widespread across Brazil once the new edict is published.

When it comes to borders, Brazil has one of the strictest entry regimes in South America right now. Unvaccinated Americans are still subject to pre-departure testing, in stark contrast with their vaccinated counterparts, who are allowed to enter the country restriction-free upon presenting their vaccination card.

Effectively, visitors must satisfy one of the below requirements in order to be eligible for travel:

In wider Latin America, options for restriction-wary unvaccinated Americans include Argentina, Costa Rica, Ecuador, and Mexico. In these four countries, face masks are a relic of the past, and border authorities do not expect visitors to be vaccinated or undergo health screening prior to arriving, regardless of the fluctuation in cases.