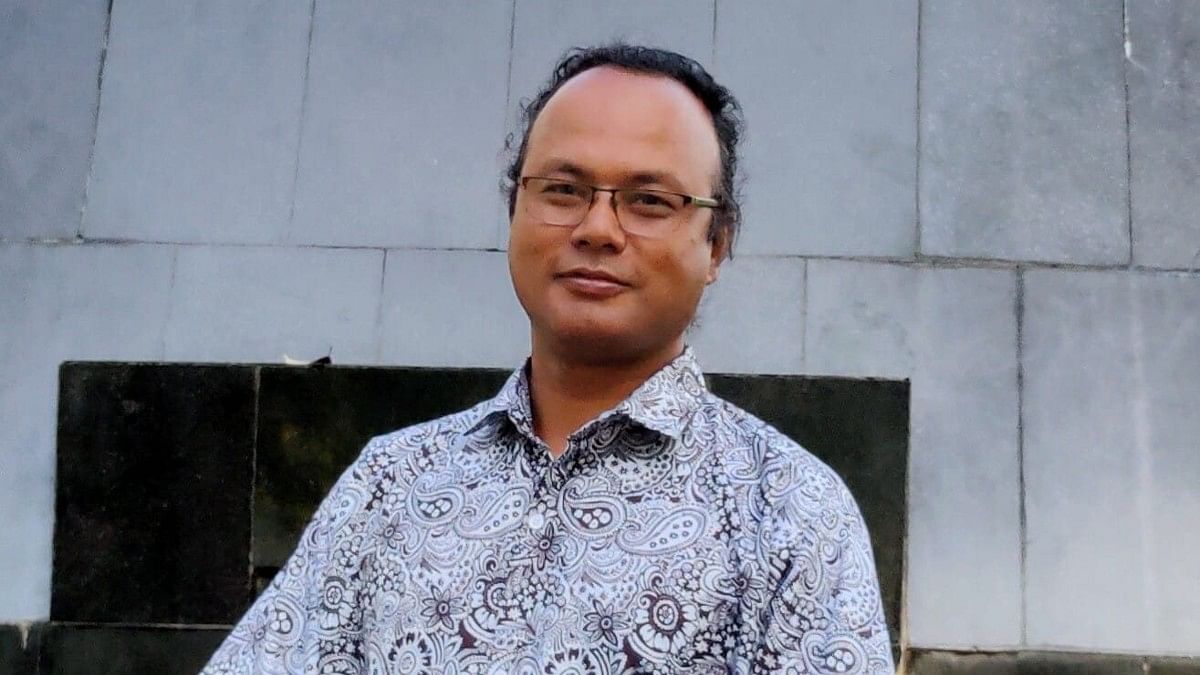 Guwahati: The arrest of Meghalaya BJP vice-president Bernard Marak for allegedly running a brothel has put a strain on the state’s ruling coalition, the Meghalaya Democratic Alliance (MDA), around six months ahead of assembly elections.

This comes at a time the BJP was already training its guns on Chief Minister Conrad Sangma, demanding his resignation in May over allegations of corruption in district councils. After the police raided Marak’s farmhouse and alleged that it had been converted into a brothel, the BJP accused the CM of political vendetta.

These developments have cast a shadow on the ruling MDA. In the 2018 assembly elections, even when his National People’s Party (NPP) was part of the BJP-led National Democratic Alliance (NDA) at the Centre, Sangma had chosen to contest separately in a state where Christians constitute three-fourths of the population.

After the election though, the BJP had helped Sangma’s NPP, which came second to the Congress, to forge a coalition and form government in the state. It was like a quid pro quo. A year earlier, in 2017, the BJP had come second to the Congress in the Manipur assembly elections. The NPP and a couple of other parties had then extended support to the BJP to form government in Manipur.

The two allies — NPP and BJP — have, however, been competing for expansion in the Northeast in recent times. In the Manipur assembly elections in February-March this year, the NPP, which was part of the BJP-led government, decided to contest separately.

The BJP, which secured a majority in the assembly, decided to keep the NPP out of the Manipur government despite the latter offering its support. In Meghalaya now, the BJP is turning on the heat on the Conrad Sangma-led government.

A section of BJP leaders in Delhi believe that Sangma, like in 2018, may decide to contest separately in the Christian-majority state while leaving scope for a post-poll tie-up, if needed. That’s why the BJP has been targetting Sangma, seeking to expand its own footprint.

After the Meghalaya police raided Bernard Marak’s farmhouse and lodged a case of immoral trafficking against him, state BJP president Ernest Mawrie labelled the move a “political vendetta” against Marak.

“I have personally spoken with renowned and respected individuals from Tura and surrounding areas and have come to the conclusion that Shri Bernard Marak has been unjustly framed and maligned,” Mawrie said in a statement. Marak is also a member of the district council from Tura.

Deputy Chief Minister Prestone Tynsong, who’s a leader of the NPP, told ThePrint that the question of “political vendetta does not arise”.

“The police need to do their job,” he said. “It seems that Marak is trying to politicise this by saying that the CM is trying to gun him down. That is not true at all.”

He was referring to Marak’s accusation that Sangma had asked senior police officers who are “CM’s close men” to gun him down.

Also Read: From militant to BJP politician – who is Bernard Marak, accused of running ‘brothel’ in Meghalaya

In May, the state BJP had demanded an inquiry by the Central Bureau of Investigation (CBI) into the alleged misuse of funds in the district councils. It was Marak, in fact, who had called for the CM’s resignation, alleging that “people are disappointed and have lost faith in Conrad Sangma”.

Asked how the recent controversy is likely to affect the ruling coalition, deputy CM Tynsong told ThePrint: “We don’t have any problem as far as the MDA government is concerned. All partners are intact. Let’s wait till the investigation is completed.”

State BJP chief Mawrie told ThePrint that any decision on the coalition will be taken by the party’s central leadership. “We have sent all the reports to the high command, there hasn’t been any communication yet.”

Mawrie, however, was later reported to have said that the development could lead to “strained ties” between the BJP and the NPP.

Avner Medon Pariat, a political commentator who hopes to contest next year’s assembly elections in the state, told ThePrint that although the two parties have been “at each other’s throats” at the state level, they continue to remain “good friends” at the national level.

“The only source of funding for the state is central government,” he further said, adding: “I don’t think this (the Bernard Marak controversy) will affect their relationship long term. The BJP could have pulled out a long time ago. The UDP is also claiming now that they will go it alone, as is the Trinamool Congress. But there is no space for non-coalition government [in the state],” he said.

A senior politician, who didn’t wish to be named, told ThePrint that the BJP needed the NPP’s support in the state.

“The NPP overshadows the BJP in the state,” the leader said. “The BJP alone cannot do anything in Meghalaya. That we have seen in the last several years. The two MLAs (Sanbor Shullai and A.L. Hek) who won from BJP won on the basis of their own popularity, not the party’s.”

UDP general secretary Jemino Mawthoh said the relationship between the two parties couldn’t be said to be souring “because of one person”.

“We have to look at all these things case by case,” said Mawthoh, whose own party had criticised its ally NPP in April over allegations of irregularities in the Meghalaya Energy Corporation Limited (MeECL), and demanded an independent inquiry.

The UDP has raised issues with the ruling establishment from time to time, he said, but the emphasis has been on “stability”.

The buzz in political circles is that the BJP is planning to field Bernard Marak from South Tura — an assembly constituency currently represented by Conrad Sangma, who won the seat in the 2021 bypolls — in next year’s elections. Marak had been appointed BJP’s convener of Garo Hills region last year.

In the 2018 elections, Marak contested elections from two assembly constituencies in Garo hills as an independent candidate, but lost both. A year earlier, he had quit the BJP after defiantly organising a ‘beef party’ in Tura.

He rejoined the party in 2019 and went on to win the Tura seat in the Garo Hills Autonomous District Council elections in 2021 by defeating NPP’s Semford B. Sangma. That victory signalled Marak’s rising popularity in a belt that’s considered the pocket borough of the Sangma family. The Sangma family has won every election from Tura parliamentary seat since 1977 except the one in 1989 when Conrad’s father P.A. Sangma, then chief minister of the state, didn’t contest.

“The Assembly elections are a different ball game altogether. Being the chief minister, Conrad’s much more popular in the state,” the leader told ThePrint.

Even before the latest controversy broke out, the BJP seemed to be preparing to contest the next elections alone. In March, after BJP clinched victory in Manipur, Mawrie had sounded the poll bugle for Meghalaya.

“I think it’s high time for the public of our state (Meghalaya) to see and focus on the formation of a new government and look forward to the BJP,” he had said.

Asked about how the Bernard Marak issue is likely to affect assembly elections, Batskhem Myrboh, an assistant professor of political science at Synod College in Shillong, said that although it was unlikely to affect the BJP in the state, “in Tura, it wouldn’t be good for the party”.

“Politics in the state of Meghalaya is very peculiar…It is different in each constituency,” he added.

Even as the controversy rocks the ruling coalition, it provides an opportunity for opposition parties like the Congress and the Trinamool Congress — the largest opposition party in the state — to rally points.

In a 24 July statement, the Congress accused the NPP and UDP of trying to cover up “all the misdeeds of the government for the past five years”.

It was difficult to believe that the state’s home minister, Lahkmen Rymbui, and the police, didn’t know what was going on, the statement further said, adding: “There’s more [to it] than that meets the eye. What would the UDP have to say about this considering the home ministry is held by one of its senior members.”

“The allegations made by the arrested BJP leader against chief minister that the raid was conducted to lent vent to frustrations over the prospects of defeat by the BJP in the South Tura sea must also be interpreted by looking at the bigger picture,” the statement went on to say.