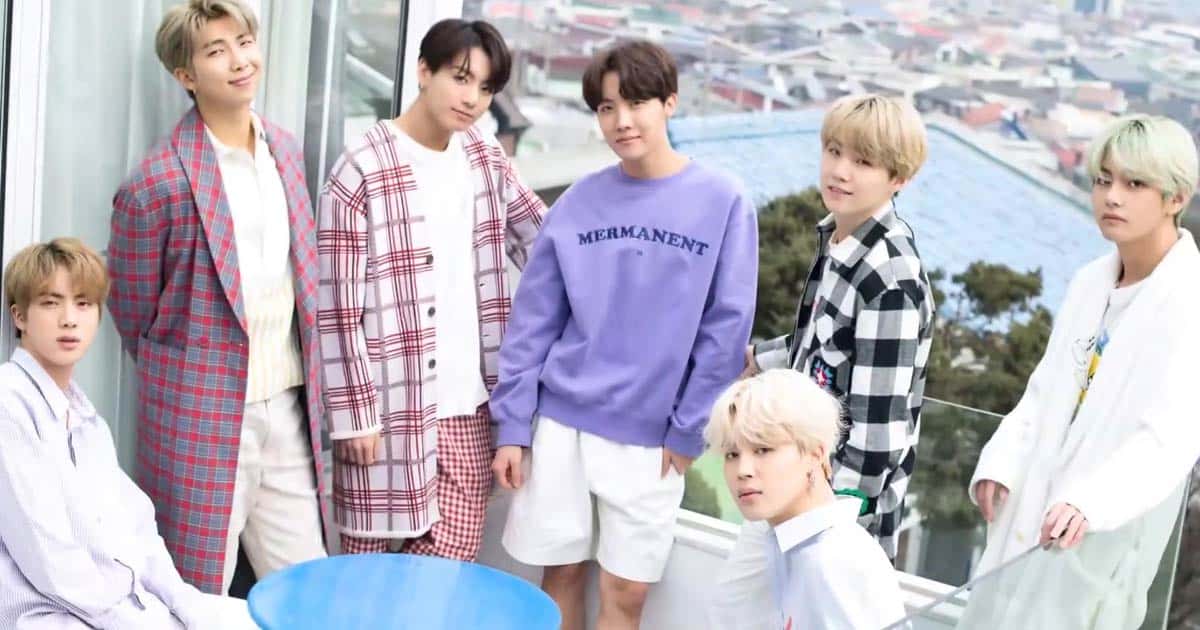 International boy band BTS has lately been in the news for their remarkable win at the AMAs and their recent Grammy nomination. In the latest Bangtan Bomb released by their managing company, the boys can be seen streaming the Grammy nomination event live. The group leader RM can also be spotted jokingly calling their close friends from Coldplay “rivals”, leaving the fans surprised and amused.

For the unversed, the Bangtan Boys bagged the Artist of the Year title at the American Music Awards, held in November 2021. With this win, they became the first ever Asian artists to win this title in the history of AMAs. They also took home other honourable titles like the Best Duo or Group- award and the Best Song award under the Pop/Rock category.

In the most recent video released by Bangtan TV YouTube channel, the seven boys (BTS) can be seen participating in the rehearsals of The Late Late Show with James Corden. They are spotted streaming the nomination announcements live while being dressed in stunning formal attires. As their name is taken in the Best Pop Duo/Group Performance category, the members are seen erupting in celebration, jumping out of their seats instantly. Jimin and J-Hope also pull off a little happy dance while others are spotted flashing their best smiles.

In the middle of the celebration Suga points out that they have a strong competition as they stand against Coldplay, Justin Beiber, Doja Cat, and Lady Gaga, amongst others. Namjoon speaks about Coldplay’s nomination and jokingly states, “We’re in trouble right now, we’re up against Coldplay’s Higher Power. Hey Chris, we’re rivals right now”. Jimin also seems to agree with the statement as he adds, “Yesterday’s friend is today’s rival. That’s it”

At the end of the clip, BTS is seen celebrating the nomination with a glass of champagne, provided by The Late Late Show team. Have a look at the video.

BTS and Coldplay had previously collaborated for the song, My Universe, which broke multiple records in the last few months. The two groups also got together at the AMAs and performed the song live for the first time, receiving raving responses from the audience.

Must Read: Zoë Kravitz On Robert Pattinson’s Role In ‘The Batman’: “His Transformation Was Out Of This World”