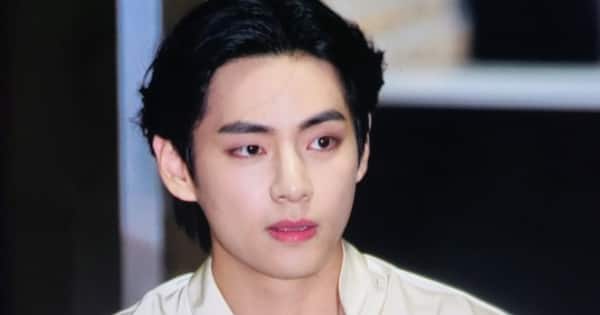 It was in December 2021, that the Bangtan Boys – RM, Jin, Suga, J-Hope, Jimin, Taehyung and Jungkook joined Instagram, sending ARMYs into a tizzy. In the last nine years since their debut, the Bangtan Boys had not bothered to make an Instagram debut. They have been quite active on Twitter and Weverse already. But things changed last year. It’s almost like BTS hinted at their hiatus when they made their Instagram debut a couple of months ago. It was in June on their 9th debut anniversary that BTS announced they’d be taking a hiatus and focussing on solo activities. And now, BTS V aka Kim Taehyung has achieved a new milestone on Instagram. Also Read – BTS V aka Kim Taehyung gets called an ‘Uncle’ by a kid, and Jimin’s reaction is relatable AF [Watch Video]

BTS member Kim Taehyung, popularly known as V, has achieved a new milestone on Instagram. He has hit 50M followers on Instagram. And he is the first BTS member to reach this milestone on Instagram. BTS V aka Taetae has about 67 posts on his Instagram feed. It’s a mix of pictures and videos and all things he loves and likes. Taehyung doesn’t have a specific theme on his Instagram and is quite spontaneous with his posts. Naturally, Taehyung’s Instagram achievement will be a top discussion in Hollywood News. Check out the snapshot of his new milestone below: Also Read – BTS’ Jimin beats fellow members Kim Taehyung, Jungkook and more K-pop artist to grabs 1st position in individual Brand Reputation 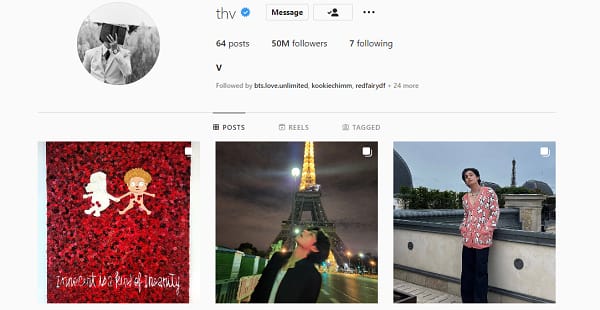 BTS members – RM, Jin, Suga, J-Hope, Jimin, V and Jungkook – are showcasing their different personalities with their Instagram posts. They are basically being themselves and it’s a delight for the ARMYs. Talking about the boyband, Taehyung is leading with the most followers on Instagram as of now. Jungkook has 45.5M followers and behind him is Jimin with 42.5M. RM has 37.2M, Jin has 38.8M and as do J-Hope. Whereas Suga has 37.7M followers on Instagram.

Taehyung has had his struggle with Instagram. He was known for deleting his Instagram stories within minutes of uploading them, despite the story lasting for only 24 hours. Taehyung had later revealed that he would feel like the post/story was not good enough after a while of uploading them and hence would remove them. Taehyung had also accidentally followed Blackpink’s Jennie it seems. He had lamented about facing a hard time getting used to the Instagram interface. Taehyung also tried to conduct AMAs but would give up within minutes as Instagram would keep crashing. Overall, he has become quite natural at it now.