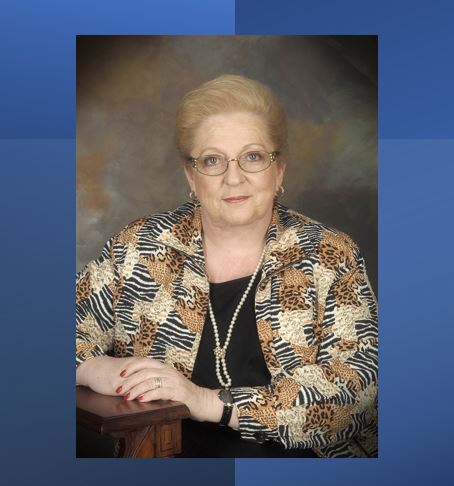 Founder and owner of Sandton-based sports track and flooring specialists, Fintrex, Forbes was passionate about reducing unemployment and poverty, and fought for increased training in the building industry and transformation, urging established contractors to help the emerging sector. She also took up the challenge to combat the increasing corruption and lack of ethics, compromised health and safety, delayed payments, lack of AIDS awareness and industry apathy about the power of unity.

Her work in cementing ties between MBSA and its counterparts in the rest of Africa – through her close association and later her representation of MBSA at the African Federation for Construction Contractors Association – led to the African body’s Executive Bureau meeting in South Africa for the first time in its history.

Forbes was a member/holder of executive positions

Forbes, who overcame polio and a curvature of the spine in her youth, also was a camp fighter for equal rights for women and the disabled. Despite severe mobility issues in later life, Forbes still managed to be a member or hold executive positions in Nafcoc-JCCI, SA Women in Construction, SABS, Construction Sector Charter Council of the Department of Public Works Ministry, and the BUSA National Disability Task Team.

Mohau Mphomela, Executive Director of MBA North, organised the first memorial service by the association to honour Forbes on June 30.

Full acknowledgment and thanks go to Jan de Beer for the information in this editorial.

Personally, I have lost a mother, mentor and pillar of strength.

Eunice Forbes’ wisdom and bravery defined her character. She fought for transformation of our industry and after my appointment as the first black Executive Director of the Association in over 115 years, Eunice ensured that I receive all the support and guidance required to bring the best out of me.

Her passing coincides with my celebration of 10 years with the Association and hence my closing remark at her memorial service: “I am….because she was.”

Rest in peace “Iron Lady” of the building and construction industry.

Eunice will be remembered by all in the building industry as diligent and giving of her time to attend meetings and functions although it could not have been easy for her due to her disability.

While President of MBSA, she never missed a meeting and attended all the safety meetings as well – no matter where these were held. At MBSA congresses, Eunice’s place was never empty, and although she sometimes nodded off, she made sure that her point of view was heard.

Eunice also ensured that facilities were made available for people with disabilities and many buildings were changed to ensure that they were compliant in this respect.

As building industry’s ‘Iron Lady’, Eunice was well respected and appreciated by all.

Eunice Forbes was an amazing lady who had a huge positive influence on MBA North and the greater building industry. Eunice was respected by all she met and worked with.  She was compassionate and caring, but tough when she had to be – an essential quality in a male-dominated industry.

Eunice’s business and active participation in the many industry associations were central to her life and without doubt kept her going – and in turn her colleagues!

She never let her mobility challenges (a result of her having polio as a child) get her down or restrict her travelling, attending meetings or visiting sites.  She was a master at arranging her life and those around her to make it easy to manage every situation.

My wife, Jean, and I have wonderful memories of the many trips and functions we attended with Eunice. It was during these times that we experienced Eunice’s love for life, gin, good wine and good food.

I do not believe that there is currently another person who has contributed so much in so many ways to MBA North, MBSA and the other associations during their lifetime. We will miss Eunice in so many ways but must ensure we continue to support and develop her legacy.

The building industry has lost a legend.

I got to know Eunice Forbes when she first represented the Gauteng Master Builders Association on the board of Master Builders South Africa around 15 years ago when we became friends.

Eunice gave freely of her time to the Industry and, despite the physical challenges she faced, never shied away from representing Master Builders South Africa when called upon to do so.

A true servant of the industry, Eunice knew how to work hard and play hard. She was truly prolific in her involvement across a wide range of industry bodies and initiatives in South Africa and the African Continent and made many friends in the process.

She will be truly missed.

Tribute to Eunice Forbes by media consultant, Jan de Beer, who for many years counted Eunice as client and close friend:

Eunice Forbes was an extraordinary example of courage and perseverance. She took all the hardships life threw at her and never complained. Instead, she focussed her attention on hard work, independence, self-sufficiency, and venturing into areas women had feared to tread.

Born in the Eastern Cape, Eunice’s parents moved to Johannesburg soon after she was born. At the age of six, she was struck with polio and doctors said she would never be walk again. For those of us who remember how Eunice, even when she was senior citizen, for so many years managed to climb the formidable stairs at the MBA North offices, one can only marvel at how she showed those doctors a thing or two. But polio was not her only hardship in youth. She also had to overcome a curvature of the spine that followed when she was 13. By the time she was 17, she had also licked that. Like the heroes in the Springbok Radio serials she so much enjoyed working with at the SABC in her younger days, she was fearless and never gave up.

Establishing her own sport surfaces supplying company, Fintrex, first took her into the building industry – a sector that at the time was very much man’s domain. But she was undaunted and worked tirelessly to her very last day to make this a respected business that exported products to many countries throughout Africa and provided turf for many of SA’s major sports venues.

As the daughter of Bill Norris, a man who was president of the Joburg Chamber of Commerce and the Association of SA Building Societies, Eunice had leadership in her blood. She grew up aware of the merits of the cumulative strength of business associations and so made sure Fintrex would join MBA. She firmly believed that in unity there is strength.

At the beginning of the 20th Century, it took a special person to become a leader in the building industry. She was special and made history by becoming the first woman to ever become president of both Gauteng Master Builders, which we now know as MBA North, and also president of Master Builders South Africa. Just on their own, these are historic achievements. But Eunice did so much more than just leading. She became an icon in the building industry.

She was passionate about reducing unemployment and poverty, and fought for increased training in the building industry and transformation, urging established contractors to help the emerging sector. She also took up the challenge to combat increasing lack of ethics and corruption, compromised health and safety, delayed payments, AIDS-awareness, and apathy about the power of unity.

Eunice also was a fighter for equal rights for women and the disabled. She told the MBSA congress in 2008 “If the gender issue is not dealt with, it will be nothing less than legislation abuse. The provision and facilities for the disabled are absolutely appalling in this country. Disabled people should be autonomous and take up the positions from which they have previously been excluded.”

And how she did just that.

Her tireless work in cementing ties between MBSA and its counterparts in the rest of Africa – through her close association and later representing MBSA at the African Federation for Construction Contractors Association – was a huge breakthrough and led to the African body’s Executive Bureau meeting in South Africa for the first time in its history.

All who knew Eunice were constantly amazed at how she found the time to run a big business, almost singlehandedly, and still participate in so many association bodies. She was, for example, a member or held and executive positions in Nafcoc-JCCI, SA Women in Construction, SABS, Construction Sector Charter Council of the Department of Public Works Ministry and the National Disability Task Team on behalf of BUSA. She was also a member of several MBA North and MBSA committees.

But, apart from her impressive business achievements, Eunice will be remembered by all who knew her for being a wonderful human being. A true lady. A lady with a wicked sense of humour, who loved her glass of gin after the end of yet another AGM as she engaged in networking with some harmless gossiping. A lady who always took up the cudgels for the underdog.

Eunice Forbes was one of a kind. MBA North made her an Honorary Life Member. That life is over. But her legacy remains and she will always be a role model for us all, whether disadvantaged or not.

Rest in peace, Eunice. There being no further business, you can now officially bow out.

Very few women leave deep tracks in the construction industry and fewer still as deep as those left by Eunice Forbes. Fondly known as the Iron Lady, she was a staunch campaigner for equal rights for women and people with disabilities and an avid proponent of training to reduce the cycle of poverty in Africa.

She was remarkable in her business acumen and her passion for the construction industry.