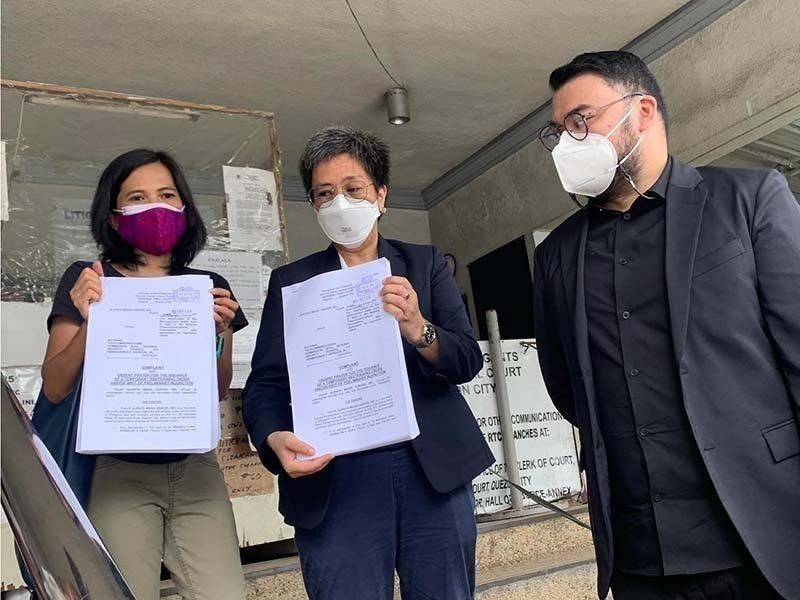 Bulatlat managing editor Ronalyn Olea and lawyers Minnie Lopez and Floyd Tiongson of the National Union of People’s Lawyers speak to media in front of the Quezon City Regional Trial Court on July 8, 2022.

MANILA, Philippines — Bulatlat.com has asked the Quezon City court to cite in contempt the National Telecommunications Commission over its supposed continuous implementation of its memorandum to block access to the independent news website despite a a court order.

Alipato Media Center, which publishes Bulatlat.com, on Thursday filed a Petition for Indirect Contempt against the regulatory body for continuing to implement its memorandum.

“The petitioner humbly submits that the continued blocking of its website for more than 48 hours after respondent NTC has been officially served with the writ of preliminary injunction is an outright and inexcusable act of defying lawful order of the Honorable Court,” they said.

“As such, the respondent should be cited in indirect contempt of Court under Section 3, Rule 71 of the Rules of Court [Indirect contempts to be punished after charge and hearing], as amended,” they told the court.

The petition is an offshoot of Bulatlat’s plea to ultimately nullify the NTC’s memorandum that ordered the immediate blocking of access to their website and of more than 20 other groups.

While Bulatlat.com initially failed to secure a temporary restraining order from the QC Regional Trial Court Branch 306, one was granted on August 11 and a writ of preliminary injunction was issued.

Despite due service of writ

On August 15, Bulatlat posted the cash bond of P100,000, and they secured the Writ of Preliminary Injunction on August 16, which was served to the NTC on August 18.

“Despite due service of the writ, the respondent defied and continued to defy, the Writ of Preliminary Injunction, wherein it was enjoined to discontinue the implementation of its Memorandum dated June 8, 2022,” Bulatlat.com told the court.

“The website of plaintiff, Bulatlat.com, continues to be blocked and inaccessible to its subscribers using Globe, Converge, PLDT and Smart internet providers until today,” they said, adding that they have attached screenshots of their subscribers’ replies on whether they can already access the website.

Bulatlat ran to the court to stop the NTC from enforcing its memorandum, following the request of former National Security Adviser Hermogenes Esperon Jr. to block access to more than 20 websites for being “affiliated to and are supporting terrorists.”

But Esperon’s list also included progressive groups and even independent news sites that have long been subjected to red-tagging.

Under the ATA and its Implementing Rules and Regulations, designation only triggers the power of the Anti-Money Laundering Council to freeze the assets of the listed groups. 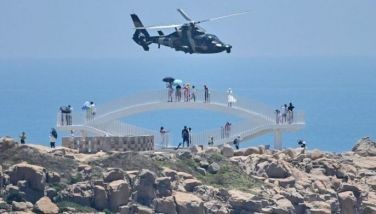