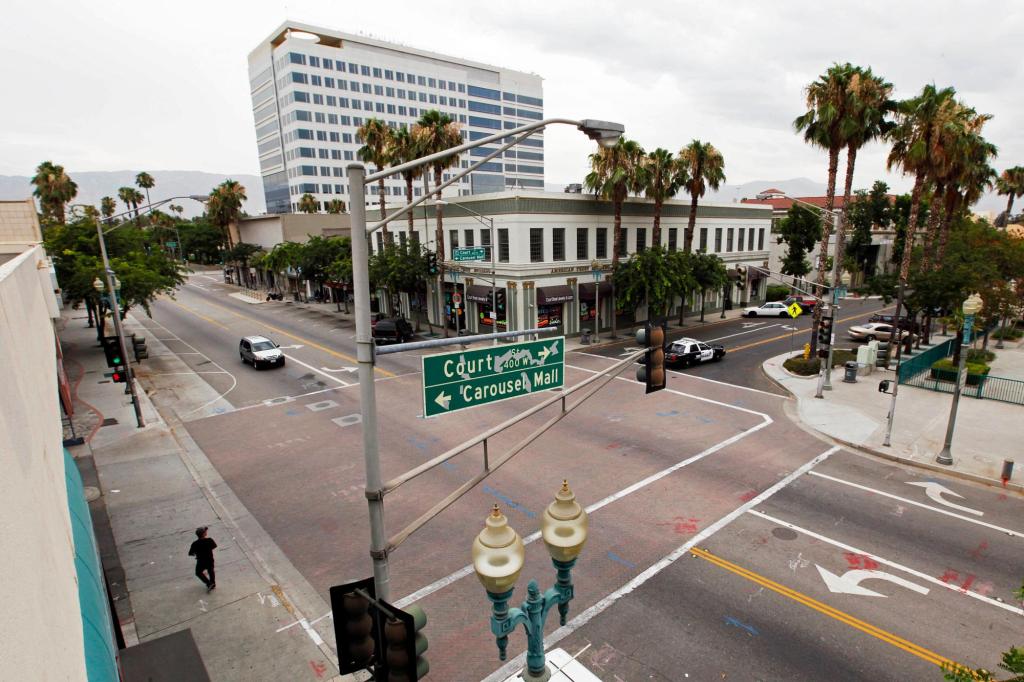 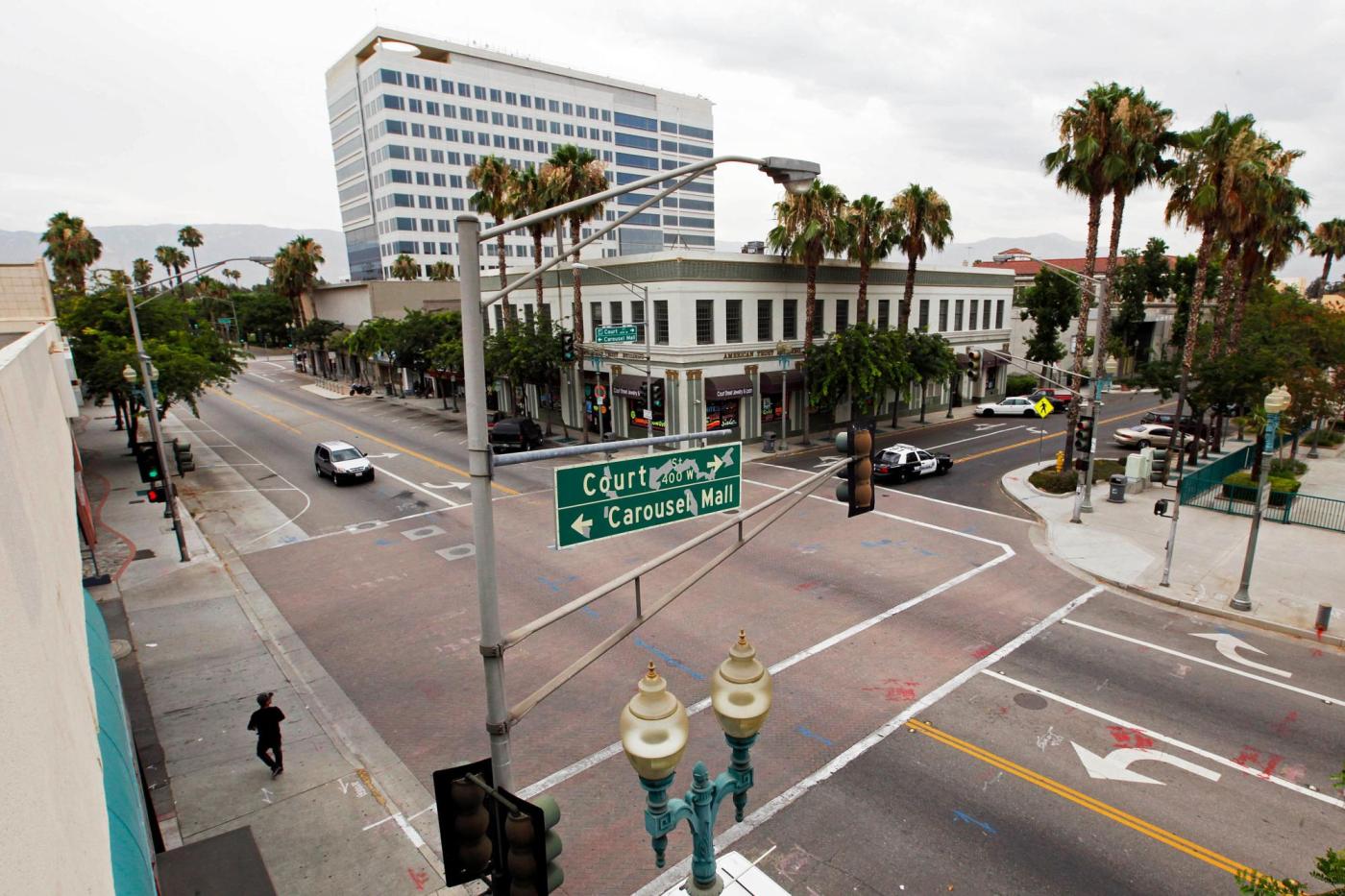 Here we go again. Another county — this time San Bernardino — is threatening to break away from California to form its own state. Petitions and plots of this sort pop up almost annually but then invariably fizzle. Yet however quixotic state division may seem, it has a much deeper, grimmer history than most Californians recognize.

A real estate developer and two mayors in the Inland Empire are the latest would-be secessionists. San Bernardino County, they argue, should be a state unto itself. With 2.2 million residents, it would be more populous than 15 other states. They’ve dubbed the unborn state “Empire.” (Take that, New York, long the Empire State.)

Aspiring separatists have made more than 220 distinct attempts to reconfigure California. Most recent wannabe separatists, like those in San Bernardino, feed off frustration with California’s liberal governance. The proposed state of “Jefferson,” formed from California’s northernmost counties, is perhaps the best-known conservative attempt at a remapping of the West Coast.

But California’s state division movement goes much deeper than the right-wing critique of the current government. Separatism is as old as the state itself. And it’s bound up in California’s history of slavery.

Los Angeles is the original home of secessionism in the state. Nearly every year in the 1850s, aggrieved Angelenos lobbied to break away from California to form a separate territory. They complained of a regional imbalance in legislative representation and a tax system that placed disproportionate levies on Southern California landowners.

But for many separatists, the primary motive was to transform Southern California into the nation’s next slave state. Their logic: Once free from California, the breakaway territory could jettison the state’s Constitution, legalize human bondage — and become a haven for westering slaveholders.

Abraham Lincoln, then an obscure former Illinois congressman, warned of this possibility. In a list of resolutions he drafted in January 1855, Lincoln urged members of Congress “to resist, to their utmost, the now threatened attempt to divide California, in order to erect one portion thereof into a slave-state.”

Lincoln’s anxieties weren’t misplaced. True, Southern California was hundreds of miles from the nearest slave state. But Los Angeles was a good deal more “Southern” than its geographic location might suggest. Migrants from the slave states constituted a majority of the town’s U.S.-born population, and their political loyalties came west with them. The population of Los Angeles, one resident wrote in 1853, resembled “such as you find on the frontiers of Missouri.”

Some of these Southern migrants even smuggled enslaved laborers into California. San Bernardino was founded in 1851 as a colony of the Latter-day Saints; many of them had migrated from Mississippi. They settled in San Bernardino with at least two dozen enslaved Black people, despite California’s prohibition on slavery. Then, as now, San Bernardino harbored supporters of state division.

Southern California separatists came dangerously close to succeeding in 1859. They crafted a bill to split California just below San Luis Obispo. The state’s southernmost counties were to be reorganized as the independent territory of Colorado. (Present-day Colorado wasn’t designated as a separate territory until 1861, when it was carved from western Kansas.)

The antislavery press howled in protest. “Southern empire on the shores of the Pacific is what the leaders of the ultra slavery party in Congress have long coveted above all things,” the Sacramento Daily Union warned in March 1859.

Despite such complaints, the bill sailed through the political process in California. It passed in both houses of the state Legislature. Then Southern California voters endorsed state division by a 3-to-1 margin in a popular referendum.

The only remaining obstacle to dividing California was the U.S. Congress, whose members had the final say. Unfortunately for California’s separatists, antislavery Republicans held a plurality of seats in the House. And they weren’t about to sanction a pro-slavery plot that would likely hand their opposition two new Senate seats. California’s state division bill thus died quietly in Washington.

That secessionist spirit survives to the present. Of course, today’s would-be separatists of San Bernardino don’t belong to any pro-slavery conspiracy, as did their predecessors. The grievances and aims of the current state division movement are different — and not nearly as nefarious.

Still, state separatism, regardless of the era, exposes dangerous fissures in our political system. A critical mass of residents once again seeks to split the state by exploiting regional frictions. In an age of political fracture — locally and nationally — we can’t afford to look away.

Kevin Waite, a Pasadena native, is an associate professor of history at Durham University in Britain and the author of “West of Slavery: The Southern Dream of a Transcontinental Empire.” ©2022 Los Angeles Times. Distributed by Tribune Content Agency.